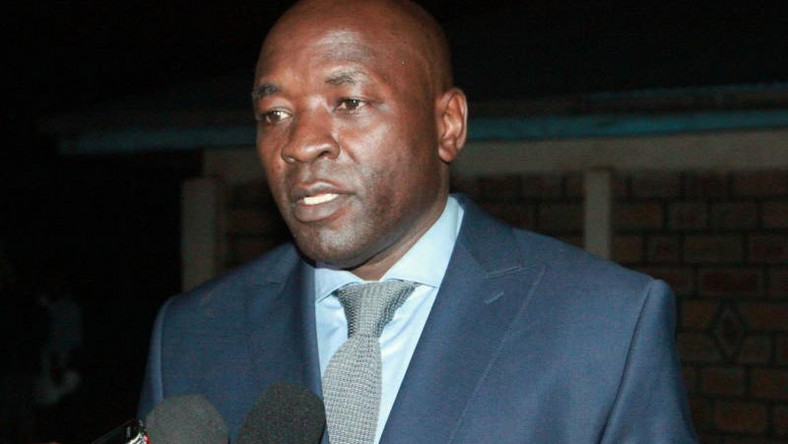 Kenya’s top criminal lawyer, yes, Cliff Marube Ombeta is a prominent flamboyant lawyer who has made a name for himself for often representing the accused in high profile murder cases, whenever the rich and the famous run afoul with the law Cliff is the go to guy. If it’s not suspected drug dealers, the lawyer will be the first in the line of defence for suspects in high-profile murderers and scandals.

The lawyer was born, raised up and schooled in Western Kenya and has been in the game quite a while, he has represented the most unsavoury characters you can think of from embattled Migori Governor Okoth Obado in a case where he is charged with the murder of Rongo University Student Sharon Otieno and her unborn baby, to the Akasha brothers. In a recent interview, however, the lawyer ascertained that he does indeed have a line he can’t cross. “I draw the line where it comes to cases involving rape and indecent assault.” the lawyer says.

In the interview, Speaking to JACKSON BIKO of Nation the lawyer has revealed some little known personal details of his time representing these high profile criminals. Asked about a case that keeps him up at night, Cliff is quick to point out the Akasha brothers case, this he says was a case they would’ve won, “The truth is we had beaten the system and they were going to lose this case and the only solution they had was the kidnap. It’s a case that was unfair. I know that it’s a case that we could have won.”

Related Content:  A Kenyan Researcher In Team That Has Discovered A New Drug That Can Cure HIV

A US court recently sentenced the self-confessed international drug trafficker Baktash Akasha to 25 years in prison. Both of the brothers had pleaded guilty to the charges for exporting tonnes of heroin to the United States and agreed to a plea bargain with the office of the Manhattan district attorney.

So how does Cliff live with the knowledge that he is defending guilty persons? The man says his personal feelings do not matter, he doesn’t lose sleep over any of it. The 49 year old reveals the job has not changed him any bit. “I’m the same person I was 20 years ago.” He reveals his obligation is to discredit a witness, an assertion, a fact or any kind of evidence that is brought or presented against our clients, not to Judge them.

Cliff doesn’t fear for his life, at least not anymore, he says he was inspired by S.K Ndungi who was shot at Jeevanjee Gardens. “If you are afraid you can’t be a criminal lawyer.” Anxiety gives ulcers he says and ulcers is not how he wants to go out.

Before becoming a lawyer, Cliff used to dream about being a man in uniform,this was inspired by his uncle, a senior policeman. This instantly changed after he read Sidney Sheldon’s Rage of Angels where Jennifer Parker defended Michael Moretti, a mobster, he wanted to do something like this! He wanted to be a lawyer.

When Jackson asks who he’d call to represent him if he ever needs a lawyer, Kirathe Wandugi a lawyer he worked with during the Akasha brothers case comes up. Describing the lawyer as an unmovable man, this is the person he’d call.

The lawyer who started practicing in 1995 is divorced, he divorced his wife over what he terms as irreconcilable differences and does not plan on ever remarrying or adding to his two kids. He reveals he is in a relationship with a girl from Rwanda.

The founder and Managing Director (MD) of Ombeta and Associates law firm does not have a rate card. His charges vary with the clients, some he charges as high as Sh5 million, others he doesn’t ask for a dime. Most of the narcotic cases he says have him smiling all the way to the bank.

The lawyer who fancies himself as the best judge of character loves to work out and run full marathons, he also loves boxing and says he has never drunk alcohol or smoked cigarettes in his life. well, this is later in the interview which he had earlier said this “I’d go to a bar and be alert, observing…” I’ll let you be lawyer, judge and jury.