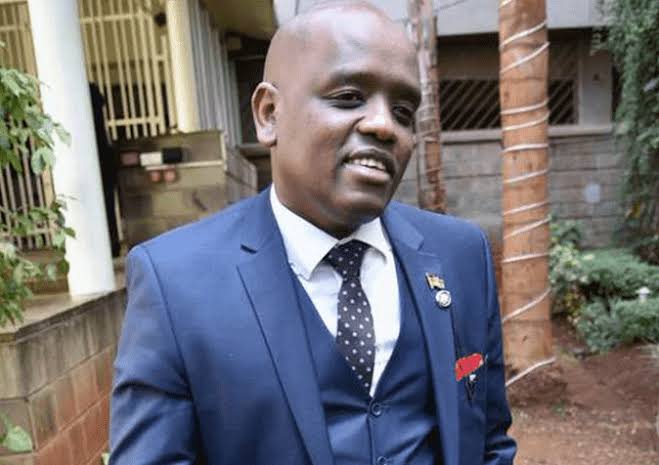 Embattled Innovation, Digital and Diaspora Communication Director in the Office of the President, Dennis Itumbi has been ordered to start paying child support after DNA evidence showed he is the child’s father.

The children’s court has directed Mr Itumbi, to pay the mother of his baby girl Sh20,000 monthly, pending hearing and determination of the case.

“We want a copy of his national identity card so that his name can be included in the minor’s certificate of birth, and we will also be asking him to set up a trust for the minor, because the baby girl is his only known child,” lawyer Dulo said.

The child is mine. May the child suckle with both cheeks. DNA is #SystemYaFacts. System Ya Facts has a new automatic member. https://t.co/PuY5S9hCmw

Mr Itumbi and the woman dated between January and August 2018. “He ended the relationship sometime in August 2018 when the lady informed him that she was pregnant with his child. She successfully delivered a female child on June 14, this year,” Dulo stated in court papers.

The case will be heard on December 18 to get feedback on the out-of-court attempt.

Kenya Insights allows guest blogging, if you want to be published on Kenya’s most authoritative and accurate blog, have an expose, news, story angles, human interest stories, drop us an email on tips.kenyainsights@gmail.com or via Telegram
Related Content:  Disaster: An Acute Maize Shortage Is Looming In Kenya
Related Topics:
Up Next

Is Tycoon Humphrey Kariuki Planning To Denounce His Kenyan Citizenship?