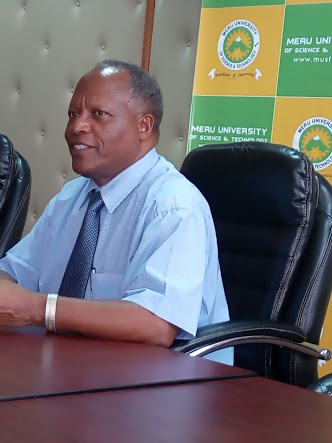 When Meru University expelled Blogger Cyprian Nyakundi,  four years ago, for tweeting, the world was shocked. The expulsion letter went viral but Nyakundi’s effort to be readmitted back to Meru University were fruitless, Deputy Vice Chancellor Gitonga Mburugu’s signature on the letter sealed Nyakundi’s fate.

What crime had Nyakundi  committed? Well, well. The Blogger had posted on social media that lecture rooms had no enough chairs and students had to carry chairs from one block to another. He had also posted on social media that the Library had no enough updated   books, the streets within the university needed lighting, a lot of dust within the university that needed grass to be planted and pavements to be cemented, a student was sexually harassed and management tried to cover it up  and finally, poor cafeteria services that led to scrambling for food by students. These were Nyakundi’s crimes that led to his expulsion! 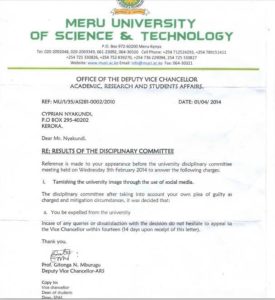 Nyakundi was a Joint Admissions Board student that was posted to the University to pursue Bachelor of Science in Actuarial Science, one of the top and well being career course. But just with a stroke of a pen, the Meru University administration ended his studies. His case was then highlighted by none other than State House Director Dennis Itumbi under the Hashtag #LetNyakundiTweet.  Nyakundi is now a big critic of Itumbi but insists he must criticize him because that is what intellectuals do.

In fact, even after being  expelled, Nyakundi never gave up as he continued highlighting corruption and impunity within Meru University. The scared management once summoned student leaders and told them “Nyakundi is an outsider and enemy, his aim is to tarnish Meru University Image, don’t listen to him! Avoid him like Plague. 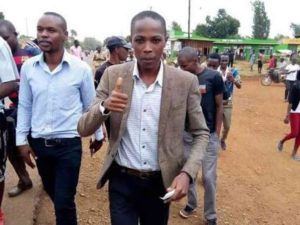 So it is not surprising how Nyakundi was able to break the news of the murdered Meru University student leader complete with all details and image evidence. The Kenyan media later caught up with the news three hours after Nyakundi broke it. A Meru University student we spoke to said him and  fellow students learnt about the incident from the Blogger despite them residing near the place he was shot.

Related Content:  OPINION: Why Prof.Kagwanja Is Wrong On William Ruto And The Deep State

“ I was alerted about the murder by  a student and had to act very fast because I know  how the government and media operate. By the way, there was a plan to fix the murdered student by saying he was carrying a weapon, trying to attack the officer, and leading to exchange of fire and his demise. Media is good in conjuring such narratives.  I had to act fast by taking on social media and stating that this student was unarmed, and was killed by by an officer, not a goon. Trust me, this story would have been killed by media.  By the time media was reporting, we had controlled the narrative and all Kenyans were fully aware the student had been eliminated by an officer, he was unarmed and the university had a hand in this. So media could not even interview  the management because the narrative had been set.’’ This is power of social media, and media just had to report as social media was reporting. 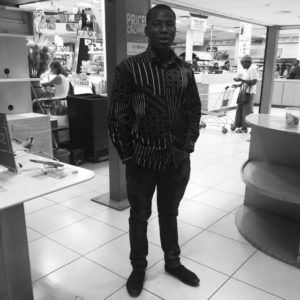 “Such stories don’t need any doubt. If we had allowed the corrupt media to run their NIS script, this case would have not raised outrage- Nyakundi  tells us.

Because of social media pressure, many institutions including IPOA and Ministry of Education have started probing the matter. UASU condemned the incident and demanded that action is taken. Leaders from all over the nation have also demanded a quick apprehension of the trigger-happy Cop.

Blogger Nyakundi came up with the narrative of forcing the whole management to resign over the matter. And due to all this pressure, the resignation of Magambo is now a topic of discussion though the VC says he won’t resign because he has done nothing wrong. The Blogger has been posting in Meru University Students group urging students to only go back when Professor Magambo has resigned. 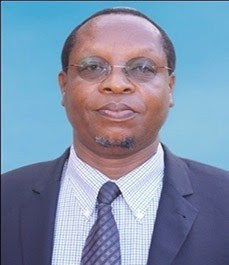 The Blogger  has also championed for the Alumni meeting where he appeared with the current and former student leaders and Magambo’s stepping aside being one of the key topics. The Blogger has declared that he will personally follow up the case and will soon start releasing articles about the rot within the institution.

Nyakundi insists he has nothing personal against the Vice Chancellor and is not out to revenge because the rot at the institution is too much and it is time something is done.

“I have nothing personal against Professor Magambo who is a shame to the world of creativity. I believe the VC has a hand in the student’s murder because he is the one who called in the police. Why hasn’t he recorded a statement? As a Blogger and peace loving Kenyan, I have a role to inform Kenyans and Meru University students won’t go back unless many changes are implemented. We will tell them when it is safe to go back. I have nothing personal against anyone, I am just fighting Impunity. Magambo is a small person, we have fought serious people before’’ Nyakundi told us.

As the Meru University saga unfolds, one thing is for sure- Professor Magambo will go, but Nyakundi will keep exposing him. Is this sweet revenge?