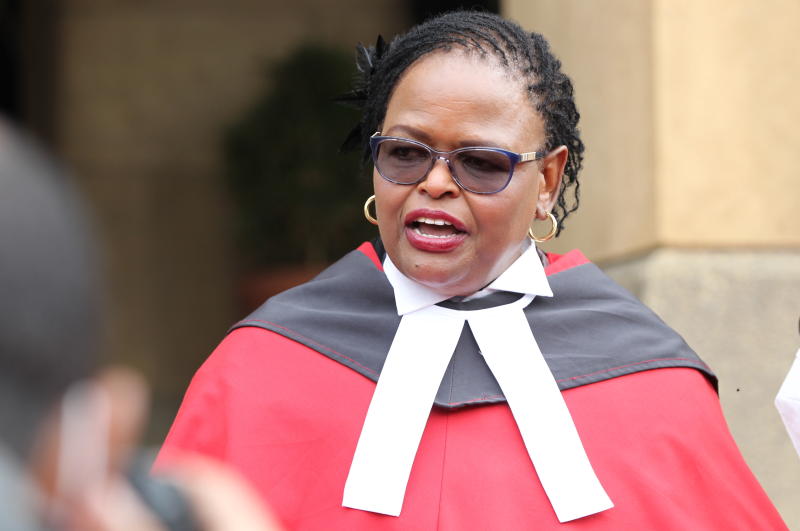 Kenyans will now pay more than double for court services after the Judiciary revised its fees and hiked the cost of litigation as seen in the new fees schedule published by Chief Justice Martha Koome who also introduced extra costs including charges for lodging of documents.

All applications filed at the High Court except criminal matters have doubled from Sh750 to Sh1500 while registration of arbitration awards related to disputes at the Environment and Lands Court is now charged at Sh10,100, up from Sh2,250.

The hiked fee announcements are made as the Judiciary struggles with a marginal cut on it’s 2021/22 budget from Sh18.1 billion to Sh17.9 as a section of Law Society of Kenya council raises concerns.

“The move is working against what we in the justice system have been fighting for all along — access to justice and expeditious disposal of cases,” said Bernhard Ng’etich, an LSK council member.

The revised charges have also affected court library membership and annual subscriptions which have doubled from Sh500 to Sh1,000 and a Sh500 charge has also been introduced for notaries public annual renewal while affidavit application fees at the magistrate’s court has been retained at Sh1,000.

But for commercial and tax cases filed at the High Court, Koome has introduced a fees of Sh1,550 for any appeal or review from lower courts and tribunals as filings of response for income tax appeals are now charged at Sh100.

Kenyans seeking justice at the High Court will pay a minimum fee of Sh2,000 for an unliquidated claim, originating summons, or counterclaim and additional court fees will be paid based on the amount awarded after the case is heard and determined.

Koome further introduced a fee of Sh300 for filing of a response to the bill of costs as the fees for instituting a private prosecution at the High Court remains at Sh5,000 while at the lower courts it has been set at Sh1,485.

The new charges are introduced amid complaints that service delivery at the judiciary has been affected due lack of sufficient funding but with the new charges, plans are also underway to hire more staff to automate its services.

The CJ announced last month that the Judicial Service Commission (JSC) will hire 50 magistrates to boost its service delivery and case clear backlogs. She added that JSC will also increase the number of judges to replace the six judges who were recently elevated to the Court of Appeal.

“We also need a multi-door approach like the use of Alternative Dispute Resolution and Court Annexed Mediation to offload cases from the courts,” Justice Koome said.

Anti-Corruption and Economic Crimes Division had 190 cases pending as of June 30, 2020, with 75 resolved while 62 new ones were filed over the same period but in the Family Division, 1,556 cases were resolved out of 4,519 and additional 2,621 new cases filed.