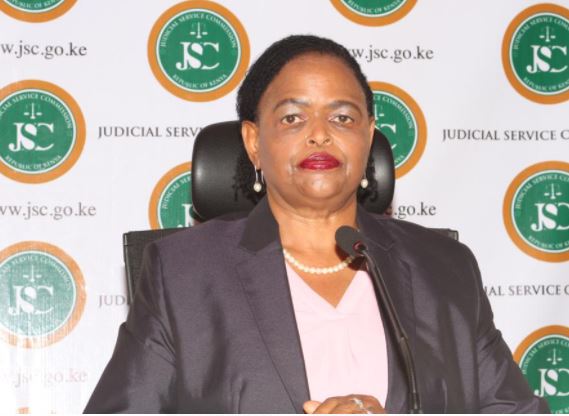 Her nomination decision bangled with legal controversies and gender sympathy.

1. The end didn’t justify the means.

The concluded JSC interview for CJ position candidates position was for the first time interrupted by High Court in the history after 4 petitions filed by citizens over conflict of interest and integrity concerns among some members of the Judicial Service Commission whom they wanted removed from the bench of interviewers.

High Court ordered for an halt into the Nomination process until the cases are heard and determined. But JSC filed an appeal at the appelate court and whose 3 bench judge: Justice Roselyne Nambuye, Patrick Kiage and Sankale Ole Kantai quashed the High court decision to halt the process and instead greenlighted the process to resume – and also barring High court further from hearing the petition filed pending determination of appeals filed by the Commission JSC and Attorney General.

The Court of Appeal in its decision to quash High Court’s judgement termed the authority of the High court to have been under attack adding that the High court should strive to facilitate Obedience and to observance of constitutional bounds and statutory timelines.

The court of appeal argued that the right channel of that case petition, was to be presented to National Assembly by way of petition as per Article 251 of the constitution says.

However much this was the appropriate channel through National Assembly, but Parliamentary sittings was adjourned almost a month ago and the petitioners only legal place of refuge was the Judiciary at that time of crisis. In this case for me, only the High court was fair enough.

Among the vital requirements for candidates for the CJ position was personal declaration of wealth of both the candidate and the spouse and Tax return compliance so as to prove transparency, integrity. And among the 10 candidates- it was only Court of Appeal President Justice William Ouko who complied as per the requirement by JSC for candidates to produce tax compliance and wealth declaration forms.

3. Who chaired the process?

The law provides for either Chief Justice or Deputy Chief Justice to steer the JSC process and despite DCJ and acting CJ Philomena Mwilu being present in the panel, it was JSC Vice Chairperson Prof Olive Mugenda – an illegality contrary to the law. And this was among the concerns petitioners raised on the credibility of the due process only to be quashed away by court of appeal.

For the sake of acknowledgment of the sovereignty of the the people of Kenya – general public, for the sake of integrity, credibility, faithfulness and fairness of the process and as one of the 3 arms of Government – and many people like Prof Makau Mutua would agree with me that making public score sheet of the candidates only brews public confidence and trust in the process and in the Judiciary.

It’s unfortunate and unfair that even the candidates themselves don’t receive their own score sheet results to even at least help them self-evaluate themselves. It is such nitty gritties that poke holes in the fine linen of the Justice system.

Despite some critics surfacing Martha Koome’s 1986 graduation results where she attained PASS results – an illustration of an average public officer for the job of 1st class owners candidates also partially jeopardizes her qualification for the top job in one way or the other but the most important is she passed and graduated. 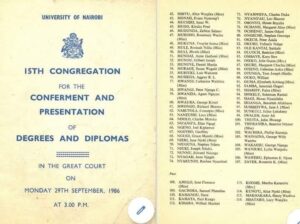 As a matter of ethnic cards by the deep state ( of which unfortunately still plays a bigger role) that deliberately made Prof ​Olive Mugenda chair the process seems to have not been in favor of the Only over-qualified candidate William Ouko(Luo) being head of the Judiciary when it’s already a Luo the Chief Registrar and at the same time Principal Judge of the High court is already a Luo – not forgetting William Ouko by the time of his candidacy he was the Head of Court of Appeal. So, his nomination would have brewed ethnic Balkanization and so they had to handpick under-qualified Martha Koome instead and of which they failed on gender balance as you can see on the above list.

Related Content:  What It Means For Martha Karua To Throw Her Weight Behind Uhuru Kenyatta Presidency

JSC Nominee Lady Justice Martha Koome was the only least scandalous candidate amongst them all as other candidates were marinated with controversies and in public domain. Hence the handpicking of her for her ‘faithful’ life and journey.

In this whole process, the process was coated with illegal dissensions of which justifies that the product- CJ nominee Martha Koome was fixed to be.