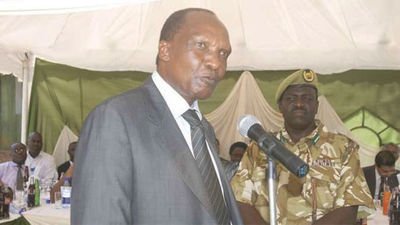 A deal sealed by Moi-era powerful minister and businessman Jared Kangwana and embattled Ex-Treasury CS Henry Rotich in 2019 has come to haunt the duo as Central Bank closes in on investigation, Kenya Insights has learnt.

Maisha’s initial capitalization was Sh90 million. The CBK requires microfinance banks to have a core capital of Sh60 million.

To gain an edge over its peers, Maisha had poached senior management staff from industry giants including Equity Bank and Family Bank to boost its operations including the CEO Ireneus Gichana from Faulu Bank.

As the assets base grew, Kangwana wanted to raise his stakes in the bank above 25% and here’s where the problems started.

The CBK restricts ownership of share capital by an individual and associates to a maximum of 25% of the share capital except in exceptional circumstances where the Treasury gives the greenlight and here’s where Ex-CS Rotich came in handy.

As the Treasury secretary, Rotich gave the consent in a Gazette notice published in April 2018.

“ … the Cabinet Secretary for the National Treasury exempts, for a period of four years with effect from March 1, 2019, Kamu Limited from the provision of section 19 (1) of the Microfinance Act, 2006,” said Mr Rotich in the legal notice dated 18 March published on April 5, 2018.

By then the Bank had Sh207 million in paid up capital from the initial Sh90 million when it was licensed.

A probe into the deal was commissioned by Governor Njoroge to determine the ‘special’ circumstances under which the Ruto ally extended the facilities to Kangwana. Information seen by Kenya Insights, reveal that Rotich acted independently without consulting the Central Bank a move that has landed the fire ball on his head with intriguing details coming from the investigations into the deal.

The CBK boss has informed his counterpart from the Ethics and Anti-Corruption Commission (EACC), Twalib Mbarak, of the progress of the investigation.

Mr Kangwana and his family hold the stake in Maisha through Kamu Ltd. Mr Kangwana is associated with the Monarch Group that owns Monarch Insurance and a raft of real estate properties including Chester House in Nairobi city centre — where Maisha Microfinance Bank’s first branch is located. The KTN founder is also associated with The Mall in Westlands.

The latest investigation now add to the long tail of Rotich’s trials a new circus that will twirl around the court.

On July 23, 2019, Rotich was accused of flouting procurement procedures in awarding a contract worth billions of shillings for the construction of the two dams to Italian firm, CMC de Ravenna.

They were accused of taking part in fraud in the planned construction of two multi-purpose dams projects in Kimwarer and Arror, Elgeyo Marakwet, estimated at Sh63 billion.

The suspects were charged with conspiracy to defraud, failure to comply with applicable procurement laws, engaging in a project without prior planning and abuse of office among other economic crimes.

Related Content:  President Uhuru’s Entrusted Military-Intelligence Service Men Performances in Civilian Offices - Good and Worst.
Kenya Insights allows guest blogging, if you want to be published on Kenya’s most authoritative and accurate blog, have an expose, news TIPS, story angles, human interest stories, drop us an email on [email protected] or via Telegram
Related Topics:
Up Next