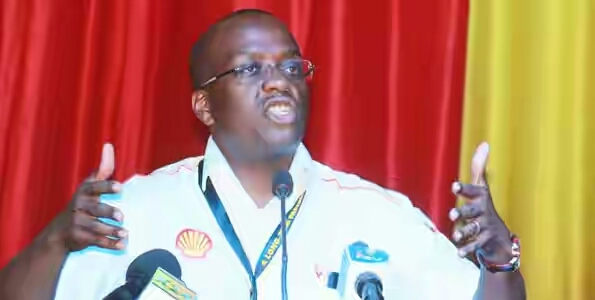 Oil marketer Vivo Energy, which sells Shell branded products, is locked in a row with its customers after being found to have mixed diesel with kerosene for higher profits. It doesn’t come as a surprise to many as this heinous act that’s showing an insider fraud scheme face, has been in play for long.

Earlier in the year, ERC listed Shell in their report amongst many petroleum companies involved in the criminal sale of spiked fuel to customers. In a suspicious move, Vivo Energy MD Polycarp Igathe threatened to sue ERC for publishing the business’s name in the exposing list of fraud fuel merchants. Shell is the next in command after Total inKenya’s market share. So Igathe didn’t want the public to know their involvement in the dirty trade that leaves car owners with expensive abs at times irreversible damages to the cars.

Igathe’s body language towards ERC would be read as a move to cover up the adulterated fuel syndicate which going by the scale himself he can’t feign ignorance on and knowing trends in Kenya he probably in the illegal profit making cartel. Polycarp Igathe, the Vivo managing director, faulted the ERC for naming oil dealers in newspapers after tests exposed 56 petroleum stations for malpractices.
Mr. Igathe reckoned that the ERC had already punished them including slapping fines on dealers and it was unwarranted to shame the marketers in the newspaper notices. In his defense he said the image of the oil dealer was at stake and could affect business, putting jobs on the line.

He’s more concerned about the Company’s image than customer’s trust and confidence in the form. If Igathe is genuinely concerned about Shell’s health and reputation then by now he should’ve dealt squarely with the cash-hungry marketers who’ve turned to petroleum adulteration, where diesel or petrol is mixed with cheaper kerosene, which attracts lower taxes, in search of bigger margins. His inaction and cover up threats to ERC are pointing and self-speaking. Petrol attendants are too junior to commission this vast spread scheme. To get a glimpse of this here’s series of complaints from customers who’ve been drugged.

Guys. Do not buy fuel from the Shell on Limuru Road opposite Village Market. It completely messed my car up. Was clearly adulterated.

Is it just me or the complaints about Shell selling adulterated fuel have grown exponentially since Total launched their new product ?

You guys @vivoenergykenya need to keep your guys (SHELL) in check. Adulterated fuel cases are increasing. Do something!!!

So many complaints about adulterated fuel from @vivoenergykenya / shell and nothing done about it. I think I will stick to @OiLibyaKenya ..

Yes Vivo…too many complaints re adulterated fuel at Shell. What's not happening? https://t.co/CuTIhPohvp

@vivoenergykenya Test the fuel at the @Shell station on Thika Rd at Survey. Definitely adulterated when I fueled up a month ago. @energy_ke

@kenyapipeline Shell at Rabuor selling adulterated fuel lying that they only have vpower. I bought 2k worthn suffered.

@Shell Westlands, whenever I fuel with you my dashboard lights up with errors which doesn't happen when I fuel elsewhere. Adulterated fuel??

Buyer BEWARE!
Fuelled adulterated at Shell next to Panafric. Fuel at your own risk @vivoenergykenya @ConsumersKenya pic.twitter.com/hz3kQ1EGHK

Shell petrol stations are not new to scandals and earlier this year; Vivo Energy was forced to apologize and closed its Ridgeways petrol station where one of its fuel attendants tried to steal a customer’s bank details from the ATM card in what came out as a coordinated cybercrime scheme.

It all started when an unidentified motorist shared a message on social media, claiming that after giving an attendant the card to swipe, the attendant ran the card under a small machine he was holding under the authorized point of sale (POS) device. The indefinite closure was meant to silence noises abs suspicions that would’ve arisen on other stations.

With Igathe and Vivo tolerating and not stopping a sale of adulterated fuel the question is why should customers still trust them? Why would me as a motorist put the life of my car in line fueling at Shell with grand suspicions of intoxicating the engine? Customer trust and confidence is everything if Vivo can’t ensure this then looking for cleaner fuel options elsewhere could be my next option and sure any other person who values his car would follow suit. It’s unfortunate that Shell which enjoys market dominance with Total is taking advantage of extensive geographical coverage and traditional customer loyalty to bait them with damaging adulterated fuel. This is unprofessional and unforgivable. Consumers must be protected, and Shell must stop spiking fuel hopefully ERC moves and takes action in such rogue marketers as Vivo Energy. Igathe has failed to maintain a clean face of the old Shell we grew up knowing it’s a shame it has transformed into a fraud outfit under his custody.

Cheza Games Scam: Safaricom’s Biggest Airtime Theft In Billions And Why You Won’t See This On Mainstream Media