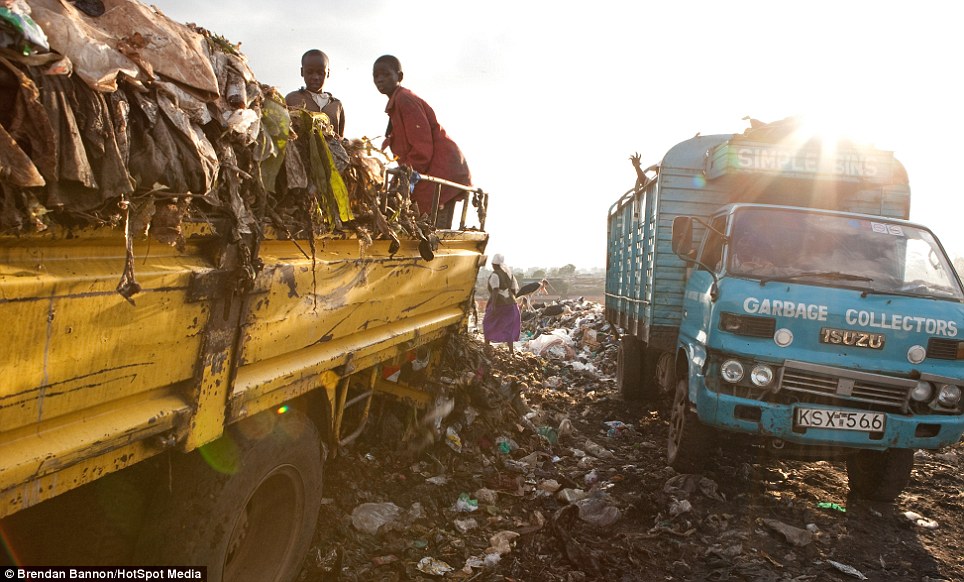 Around the world, waste management has proven to be a sector vulnerable to organized crime and corruption. The Dandora dumpsite – the only designated dump for the thousands of tonnes of rubbish produced daily in Nairobi – has become the hub for criminal groups and corrupt figures who have infiltrated the waste-disposal sector at a number of levels, from household-rubbish collection to waste transport. The dump itself has also become an insecure and violent area.

New research by the Global Initiative Against Transnational Organized Crimes (GI-TOC) shines a light on the symbiosis between criminal and corrupt figures who combine to leech illicit profits out of Dandora and Nairobi’s waste sector at large.

The Dandora dumpsite, a sprawling 30-acre area in the north-east suburbs of Nairobi, is the only designated dump for the thousands of tonnes of rubbish produced daily in the city.

Located in the middle of an informal settlement that is home to thousands of people, the dumpsite has long been acknowledged as a dysfunctional and highly dangerous part of Nairobi’s municipal infrastructure.

Dandora has also become a hub for criminal groups and corrupt figures who operate in the city’s rubbishcollection industry. The criminalization of Dandora follows both international trends and local factors. Internationally, the waste sector is a prime target for organized crime.

In August 2020, INTERPOL reported an alarming global increase in the illegal trade of plastic waste since 2018 and pointed to the environmental threat posed by poor (and criminal) management of the world’s waste.

Even rich countries with strong bureaucracies are struggling to keep the waste sector free of criminal penetration. An independent review published in 2018 by the UK’s Department for Environment, Food and Rural Affairs found that ‘industrial-scale organised waste crime has emerged as an increasing problem’ in recent years.

The waste-management sector is vulnerable to criminal exploitation because it can offer high profit margins at low risk of getting caught for involvement in illegal activities, particularly as the main regulatory agencies involved in the sector are generally not part of the criminal justice system.

The various stages of processing waste from collection from businesses and houses to the transport of waste and management of the dumpsites themselves all offer opportunities for criminal rentseeking and territorial control, and for corruption in the management of municipal contracts awarded to companies.

The Nairobi City County collects only a portion of the city’s waste itself mostly from markets and factories and hires other ministries, state companies and private collectors to do the remainder on its behalf.

These organizations then often charge residents additional fees to collect their waste. It is lucrative work: according to an official of the Kenyan Alliance of Resident Associations, about 900 000 households pay private collectors an average 500 Kenyan shillings (KSh), or US$4.60, per month to collect their rubbish.

Officials in the county government say that these private levies amount to an annual turnover of KSh5.4 billion (US$45 million). Criminal groups and corrupt figures have become involved at several points in the waste-removal process. In some neighbourhoods of Nairobi, house-to-house rubbish collection (and the profits of the additional fee) are controlled by criminal gangs, who use violence to ensure that their services are contracted and paid for.

In Kayole, in the eastern suburbs, each household pays rubbish collectors a KSh150 (US$1.35) fee. According to one member of Gaza (a gang operating in Nairobi), if this is unpaid, gangs will pour raw sewage on your doorstep or rob your compound. If you insist on refusing their services, they send people to threaten you.

Criminals also profit when the trucks come to the dumpsite to unload waste. About 100 trucks deposit waste at Dandora dumpsite every day, many owned by the approximately 150 private-sector waste operators. These operators are paid per truckload delivered to Dandora dumpsite, as measured at the weighbridge.

However, according to interviews with a number of gang leaders, some of these trucks arrive empty but are still invoiced, while others are invoiced multiple times for a single load of rubbish. The Dandora dumpsite weighbridge is most times non-functional, yet trucks are paid for non-existent ‘clocking’ into the weighbridge.

To ensure corruption runs smoothly, members of dumpsite-based gangs are stationed at the weighbridge to look after the interests of their patrons. In July 2018, a report by the auditor-general’s office revealed a number of stark irregularities in rubbishprocessing contracts, including a case in which a private rubbish vehicle was weighed twice within four minutes for transporting rubbish from the city centre to Dandora – a 5.4-kilometre journey that can take up to an hour in Nairobi’s traffic jams. (Even clearing rubbish from the truck and cleaning it before the next trip takes longer than half an hour.) Another waste-management company was paid for working ‘29 hours a day’ based on odometer readings.

According to an official working in the Nairobi City County Revenue Department, there were cases in the auditor-general’s report where companies were paid for collecting waste from areas where they were not contracted to operate, and others where companies invoiced for work that had never been done.

Violence Amid The Waste

Groups of waste pickers work the dumpsite, reclaiming metals and other materials to sell on, but the line between an informal subsistence economy and criminal organizations is blurred. Informal waste picking is a service often undertaken by the most vulnerable and that can reclaim far more materials than formal recycling processes, but these waste-picking groups have also been implicated in violence at the dumpsite.

In addition, they charge an illegal fee for entry into the dump. In October 2013, a youth was shot dead and his body hacked apart, doused in fuel and torched when gangs clashed in Dandora over control of the dumpsite. Police from a nearby station who reportedly are often less well-armed than the gangs themselves merely watched from a distance.

That same month a gang member by the name Mulusia (alias ‘Daddy’) was stabbed to death in a turf war. During this clash, gang members exchanged fire for almost five hours as officers from the nearby Kinyago Police Station looked on, afraid of intervening in case they were robbed of their guns. Two people lost their lives in the turf war that followed.

In 2014, the then area MP James Gakuya claimed that gangs were causing insecurity and argued that the Dandora dumpsite be relocated, forcing the High Court to direct the National Environmental Management Authority to undertake an audit of the dumpsite. But vested interests have made it impossible for the dumpsite to be relocated.

Police oversight was subsequently withdrawn from the dumpsite, which has become a no-go area for police. ‘We used to guard the place until 2016, when we were inexplicably removed from the dumpsite without reason,’ says a police officer who was once deployed at the dumpsite. ‘Now it’s an insecure area. We can only walk through the area, but we cannot risk making any arrests.’

Interviewees report that the removal of the police presence has meant that the dumpsite has become more violent. Clashes often break out for control of rubbish, in most cases between youth from Dandora and Korogocho, two neighbouring informal settlements.

The lack of police intervention also makes the dumpsite an attractive location for storing contraband such as guns and drugs.

Interviewees told the GI-TOC that f irearms are hidden in waste transported to the area because rubbish is hard to physically check and there are no scanners at the toll station. ‘You can call it [Boma Village, a settlement in Dandora dumpsite] a stock exchange for guns, if that’s the best description.

The garbage isn’t screened. Police cannot hazard a swoop down on the village. We don’t know what happens there,’ says a police officer who once served at Kinyago Police Station. In 2018, police attempted to ransack Boma Village in search of firearms, but were repulsed in an exchange of fire with criminals.

There have been allegations that gangs are allowed to deal guns at the dumpsite as long as they protect the interests of private waste-management companies allied to powerful people in the government.

The Global Initiative Against Transnational Organized Crime is a global network with 500 Network Experts around the world. The Global Initiative provides a platform to promote greater debate and innovative approaches as the building blocks to an inclusive global strategy against organized crime.