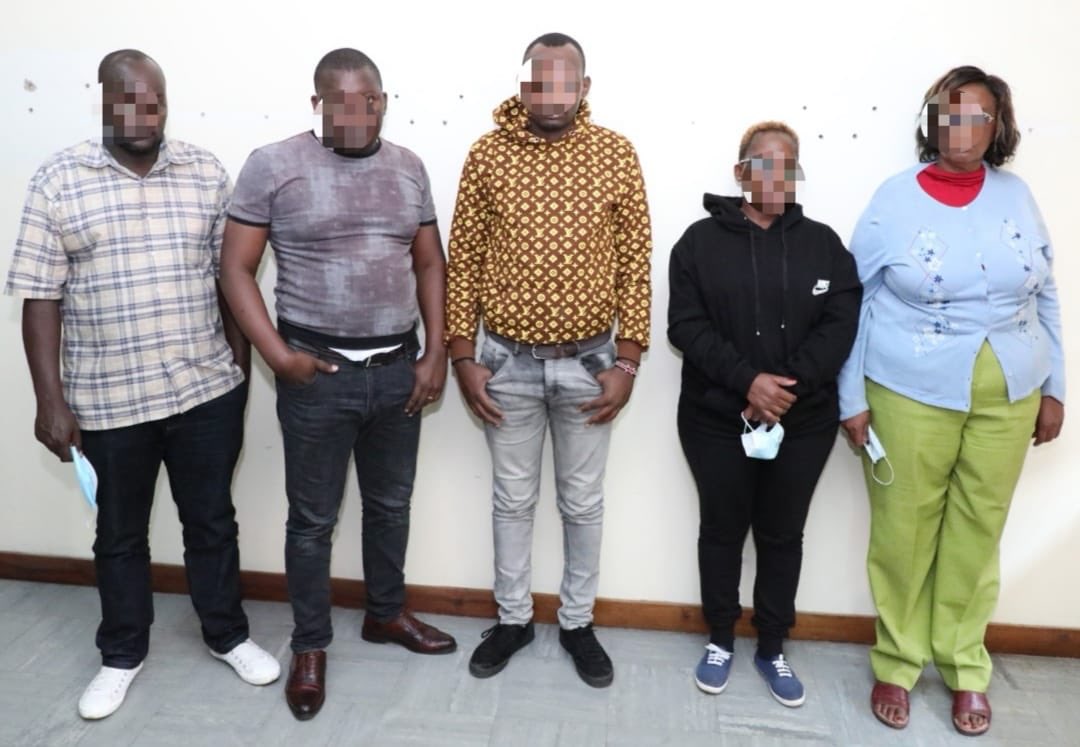 Ever heard of a dead person literally stealing from another dead victim? That was the case with the Rev Peter Kania Kariuki, the PCEA Secretary-General who died of Covid-19 related complications on July 26, 2020, and Nairobi businessman Amos Ngata Muiruri who died after a botched surgery almost four months later on November 22, 2020. Both men died at the Nairobi Hospital.

Hardly a week after Ngata was buried at his farm in Ndunyu Njeru, Nyandarua County, on December 2, 2020. One of his sons discovered that the father’s telephone which he used for mobile bank transactions when he was alive had suddenly gone dead. The line – 0722720930 – was swiftly activated on another unknown phone

After the son reported the matter to Safaricom and the line was reverted to the family, they discovered that more than Sh2.8 million had been stolen though the NCBA App operated by the NCBA Bank Kenya, the Eazzy Banking app for the Equity Bank and the Mcoop cash app for the Co-operative Bank.The children visited the banks and confirmed the cash had been transferred to a different telephone number. They reported the theft to DCI headquarters.

Detectives became more puzzled when it emerged that the telephone number – 0716 546633 – which was used to clean up Ngata’s bank accounts was the registered line of Rev Kania before he died.
The scammers had also stolen Sh500,000 from Rev Kania’s bank account without the knowledge of his widow and his children.

Unknown to Rev Kania’s family, the telephone line he used before he died had been used to steal money from the late Ngata and many other Kenyans.

Related Content:  David Muge The Vet Doctor In London And Ruto’s Confidant Is The Man Behind Kenya Pipeline Grand Corruption

Subsequent joint investigations by the Operations Branch, Crime Research and Intelligence Bureau (CRIB) and Special Service Unit (SSU) have since opened a can of worms. Detectives uncovered graves that mark the dark world of the modern, lethal and high-tech phone scammers.

It’s through Ngata’s phone that detectives made a breakthrough in the major SIM-swap fraud through which the dead and the living have lost millions of shillings.

The syndicate mostly targets wealthy individuals – especially those who have died and their families placed their death announcements in newspapers. They also target telephone lines of the elderly and those who have travelled abroad.

The telephone lines of those that fall in that category have minimal chances of raising suspicion. They normally strike soon after the person dies and before the family establishes the exact wealth in the deceased’s bank accounts.

In a successful SIM swap scam, the cybercriminals hijack the victim’s cell phone number and use it to gain access to his/her sensitive personal data and bank accounts through the Mobile Banking Apps available on Android and other smartphones.

Once they take control of the swapped SIM card, the crooks insert it in their phone, access the financial accounts and transfer all the funds to other scammed telephone numbers. Once the cash is withdrawn, they switch off the stolen cards frustrating efforts by detectives to track them down.

Detectives have established that dozens of other Kenyans have been defrauded by the multi-faced gang. The DCI appeals to anyone who has fallen victim to the SIM swapping syndicate to report to the Operations Branch at the DCI headquarters.

Five prime suspects have been arrested over the syndicate & they’ll be charged at Nairobi’s Milimani Law Courts tomorrow. More suspects are being tracked down.

Part I: Corruption And Criminality At Dandora Dumpsite