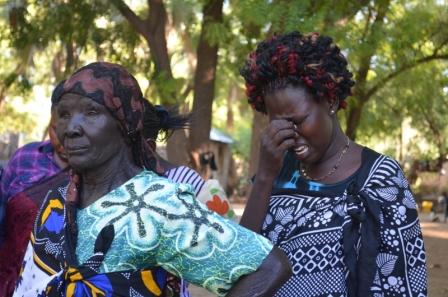 Residents of Turkana are waking up to the horrific news of a revenge attack only scalable to a terror attack on students at Lokichoggio that has left six students and the school’s watchman dead.

Lokichoggio mixed secondary school was vitally attacked by A group of young Toposas who entered to school with a revenge mission, Kenya Insights has gathered. Six students are confirmed dead, one watchman confirmed dead. Four students are seriously injured and referred to Lopiding sub-county hospital for medical stabilization. Kenya Red Cross from Kalobeyei settlement has come in supporting the referral cases to Kakuma mission hospital.

An onset of revenge mission was necessitated when one Toposa and Turkana boys who had a dispute between the two. School administration suspended them on normal discipline procedure. Later they were recalled to go back to school, a Turkana boy came back while the Toposa boy decided to regroup and organized for such a horrifying and barbaric attack on innocent students bloodshed. The principal of the school was also highly targeted, luckily for him he wasn’t caught up. From my perspective I condemn strongly for what happened to Lokichoggio mixed secondary school. 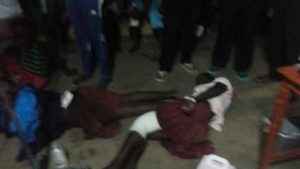 Details gathered by Kenya Insights indicates that the feud between the boys was that apparently the Turkana fellow was given money by the Toposa guy to buy him stuff and he used it instead. The Toposa fellow is a student and army guy back home. When he confronted the Turkana guy he had given the money, we’re yet to establish exact amount, he was beaten up by a group of friends the Turkana had constituted, the head master sent them both home but when they were to return, the Toposa fellow never showed up, until yesterday with his boys, with guns and torches they were looking for his assailant it was a cynical mission that took over two hours, the guys killed and shot were the pals of the guy who beat him up, a student actually called the area OCS who said he is not risking coming out at night. The School is a walking distance to the main Lokichoggio police station and shares a fence with AIC mixed, it’s also a stone throw away from the airport and the military base is on the other side of the river. The South Sudanese militia with the Dinka student had all the time in their hands to slaughter the Turkana boys and confidently walked away to safety.

Of the great concern is the slow response actually close to deliberate inaction from the security forces that would’ve saved the lives of the Students who were left to die. According to sources on the ground speaking to Kenya Insights, the Police line is only about 800m on the Westest side, the GSU about 1km same direction, and KDF 1.5km east, of the school yet they couldn’t respond to the incident that happened at midnight they only showed up at 5 am! More intriguing is the medical personnel located far away arrived at the school ahead of the officers who took their time perhaps applying makeup before responding to the emergency. This is a replica of Garissa University attack where security officers took their time as terrorists had enough time to slaughter as many students.

We’ve seen how promptly and heavily in the recent time’s police machinery is deployed to opposition strongholds to deal with peaceful protesters and merciless shooting of unarmed civilians in the name of maintaining peace but in real sense executing a well planned ethnic cleansing. And just when you need them most all the police machinery and the military chopper that make rounds around the city after every 15minutes during opposition demos, are nowhere to be seen as you’d expect them to be on their way to Lokichoggio. 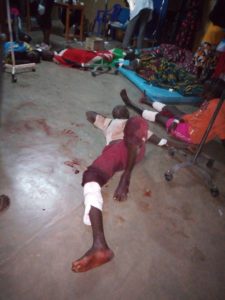 Evacuation of injured students has been sabotaged with the bad roads and had to take the intervention of Red Cross who’ve now sent choppers to evacuate the seriously injured students in critical conditions. The slow response and no action by the government are wanting. Here we have students laying dead but would’ve been rescued were it that the security forces responded promptly. Given public hospitals shut down across the country due to the prolonged nurses strike, the treatment of the injured students has further been affected, the conditions of hospitals evidently pathetic with injured forced to lay on the bare floor.

Toposa has made it a habit of infiltrating into Turkana West leaving a trail of deaths and then disappear back into their country. This points at the porous borders that ideally should be secured by our security forces who seen to be extra effective dealing with unarmed civilians and excellently inept with the real criminals as these ones.

Call Your Baba To Come and Help You Said Police As They Killed, Report Say Death Toll Higher As Police Took Away Unrecorded Bodies.