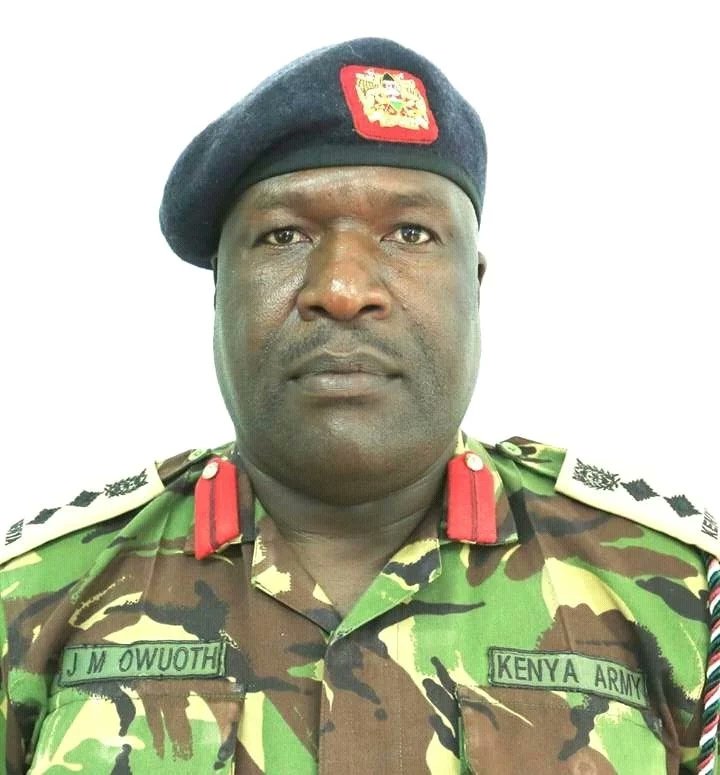 Unknowingly, NASA might have just walked into a well-paid net set to trap them and beat then at their own game. Data ago, NASA leaked information and documents of a secret military mission to maintain peace but the leading coalition said it was a larger it to use the military in rigging plans by Jubilee.

In an unusual reaction, Colonel J.M Owuoth the Kenya Army Spokesman held a press briefing where he confirmed the legitimacy of the leaked documents. He, however, said the opposition read it out of context as it was within army doctrine to have disaster preparedness at all times. His affirmation sharply contradicted that of the President who had earlier in the day slammed Raila for involving the military in politics. 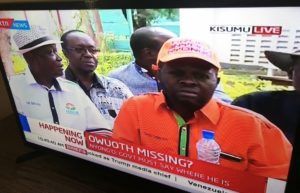 A moment passed without much coming from Owuoth until the family came out that he was missing after several attempts to reach him failed. NASA leaders in Kisumu led by Nyong’o also addressed alongside the family. In a quick rejoinder, the news of Owuoth missing was promptly squashed by journalists who seemed to be strategically on standby dismissed the trending news affirming the spokesman was okay and at DoD.

But unknown to them, NASA might have just walked into a well-laid trap. The state is yet to get out of accusation backed up on military involvement in the election. With soaring credibility, the opposition drums had to be toned down. This why from my analysis of the situation, Col Owuoth was strategically given emergency leave which he communicated to his family and plan to travel home to Kisumu on Friday. He never showed up as last communication the sister, Elizabeth says was made when he had hit the road for Kisumu. That was last he spoke to them.

My take is the compulsory leave was fabricated and Owuoth might have been called back to work while on his way or even arrested by military police for whatsoever reason and held for days where he remained unreachable. The plotters must have known the family would reach out to NASA politicians after few days of no communication. True to the words, Tuesday the family and NASA politicians flocked on the news. 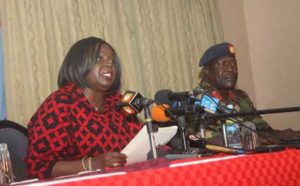 This was to be followed by placed journalists discrediting the rumor which was done through alleged calls assurances by Owuoth. It would beat logic that the army spokesman avoided concern calls from his family only responded to journalists? It is possible to happen but such scenarios rarely do happen meaning something was not adding up.

The intention was to bait NASA, come out on Owuoth’s disappearance then they be dismissed immediately with his wellness news. This was to discredit any allegations that NASA might come up with as not credible. That’s simple analogy why Owuoth disappeared and reappeared.

It didn’t come as a shocker where a clueless looking Defence CS Omamo issued a statement dismissing previously approved army leaks as fake. Army works in a chain of command, for Col Joseph Owuoth to have gone public to confirm leaked army documents as legitimate then a whole chain of commanders must have approved it. He definitely didn’t make that decision himself, that’s a mistake no one can take.

For Department of Defence to take a roundabout on the issue in what they call after thorough investigations, was definitely an after thought. There’s no way Army would approve a document of it was false, such mistakes don’t just happen. It is therefore not a coincidence that same day NASA Was discredited with news of Owuoth disappearance is the same day the leaked document was also struck as fake. The involvement of the army in the election remains a big concern that is yet to be well addressed.

Related Content:  Diary Of A Dictator: The State's My Gov Newspaper Has Nothing To Do With Cutting Advertisement Cost

At the press conference, a weary Owuoth struggled to convince on his well being saying he’s well and has been in touch with his family claiming the extended family is big as an explanation to why the sister was reporting on his missing. Again, there’s no way the sister would go public on such a sensitive matter if there was no genuine reason to be concerned. They must have had the most compelling reason to go public. Is everything well with Col. Owuoth just as he affirmed in the presser? Perhaps it’s not healthy to look into too much politics. These are questions you’ll never have answers to. I liked the use of words by Omamo and the media ‘Owuoth was ‘PRESENTED’ to the media.

Considering assassination of IEBC ICT Manager Chris Msando, the family was right to go public, in another view, it might not have been a trap, but that shout out by NASA may have helped to forestall something very sinister if it wasn’t already in progress. We have had people in this country everywhere so that press alarm would’ve as well been his saviour. On the legality of the documents, Owuoth in the press conference said the matter is before the court. Would that statement be read that Owuoth is under martial court process and if so then it would explain his ‘disappearance’. Is Owuoth therefore under custody? Investigated over what? These are questions you shouldn’t look forward to get answers to.

Kenya Insights allows guest blogging, if you want to be published on Kenya’s most authoritative and accurate blog, have an expose, news TIPS, story angles, human interest stories, drop us an email on [email protected] or via Telegram
Related Content:  Mainstream Media Has A Second Chance To Call Back Their Sold Soul In The Fresh Election
Related Topics:
Up Next