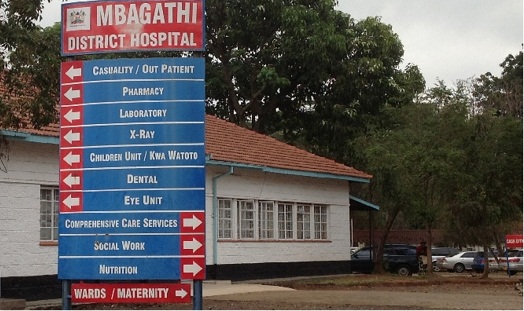 Ever heard of the phrase, Infected by the Hospital? Well, that’s more like it. A medical audit report submitted before the Nairobi County Assembly Public Accounts Committee (PAC) has laid an accusing finger on the County government Health department for threatening the lives of millions of Nairobians by allowing County hospitals to stock expired drugs and non-pharmaceuticals.

Mbagathi’s County Hospital management could not give a valid reason why the hospital, of which more than 500, 000 residents seek medical services there, was storing the expired drugs, which according to the committee, were mostly supplied by the Kenya Medical Supplies Agency (Kemsa).

“It was not clear whether the items were acquired following user requests and procurement plans. The hospital’s pharmaceutical department and stores also had expired drugs and pharmaceutical items amounting to Sh1, 410, 826,” read the report.

Auditor General’s report on the financial statements of Nairobi City County for the year ended June 30, 2017, had lambasted County Hospitals for not having a structured and predictable way of procuring drugs but relying on the department to supply the drugs.

“Procurement of drugs that are likely to expire in a short while leads to loss of public resources and in some instances, if used, exposes risks to patients in public hospitals.” reads part of the audit report.

According to the PAC, Mbagathi County Hospital had been oversupplied with almost expiring drugs from KEMSA in addition to the already existing non-pharmaceutical items worth over Sh3 million of which, most are nearing expiry.

Nairobi County health department defended themselves from the report findings stated that the reason why Mbagathi and other County hospitals had expired drugs and non-pharmaceuticals is the prolonged doctors’ strike that occurred from December 2016 to March 2017 as well as nurses’ strike that followed from June all through to November 2017.

This comes at a time when Wilfred Odalo, the MCA Mabatini ward had called for a medical audit on Mama Lucy Kibaki Hospital where, he alleged that Hospital’s management could not account for drugs worth Sh148, 890 which were supplied according to KEMSA records  as stock control cards in the Hospital had no matching entry with physical stock count.

“In the circumstances, it has not been possible to confirm that the drugs were received at the intended pharmacies and applied for the intended purposes,” stated the report.

In view of the above matters, the committee called on the county to develop a policy guiding the procurement and supply of drugs to county hospitals to eliminate ambiguities that lead to the supply of unnecessary and expired drugs.

This looks like another massive fraud and health scandal because, as it is supposed to be, the hospitals should always be the first to check and determine the expiry date of drugs before accepting any supply from any supplier. Why would a hospital store expired drugs worth millions of shillings when they have direct supplies from KEMSA?

More than half of Nairobi’s population seek medical help in county hospitals and this might be the reason why people on medication end up dying or developing more perilous complications after seeking medical service.

Kenya Insights allows guest blogging, if you want to be published on Kenya’s most authoritative and accurate blog, have an expose, news, story angles, human interest stories, drop us an email on tips.kenyainsights@gmail.com or via Telegram
Related Topics:Mbagathi HospitalNairobi
Up Next