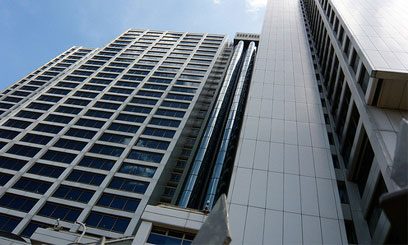 An NSSF report tabled in Parliament onWednesday indicates that the Kamba, Kalenjin, Kikuyu, Luo and Luhya control 74.9 percent the 1307 jobs.

The big five ethnic groups dominate jobs at the National Social Securities Fund (NSSF), squeezing out others groups from opportunities at the investment fund controlled by the state.

Together the 5 groups hold 980 jobs at the agency, leaving the other 43 ethnic groups to share the remaining 327 slots (25% of remaining positions.)

NSSF human resource manager Carolyn Okul told National Assembly Committee on National Cohesion that the reason behind this is because the marginalized groups do not apply as much as the adverts put out encourage all to.

Kambas account for 17 % of job positions at the NSSF, Kalenjin at 16.8%, Kikuyu at 14.6%, Luo at 14.1%and Luhya at 12.2%. In terms of ratio between the national population and employment proportion in NSSF, Kambas, Kalenjin and Luos are over-represented.

Most senior managers at the NSSF are on acting capacity, which MPs noted was a matter of concern since it has a bearing on efficiency at the agency.

This revelation comes at a time the Auditor-General Edward Ouko in his annual general reports noted the NSSF has hit hard ground in projects running into billions of shillings with legal and other barriers occasioned by bad decisions. In November 2011 NSSF sold a piece of land and only earned a tenth of the sale price without taking action to get the rest of the money paid.

Kenya Insights allows guest blogging, if you want to be published on Kenya’s most authoritative and accurate blog, have an expose, news TIPS, story angles, human interest stories, drop us an email on [email protected] or via Telegram
Related Content:  Deplorable; Kenya Airways Paying International Flight Attendants As Low As Sh35K Salary
Related Topics:
Up Next