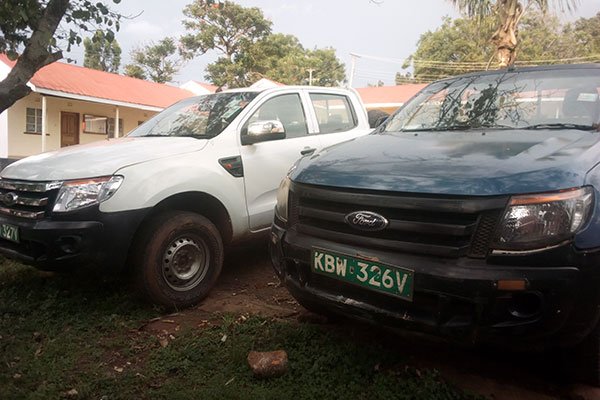 Embattled Migori Governor Okoth Obado has landed in yet another den after operations in his county stalls due to lack of transportation. The county’s departmental cars have been grounded after Obado’s administration failed to pay third party insurers.

According to a spot check by the Nation, the only operating Migori county vehicles are hospital ambulances. Governor Okoth Obado’s office chase cars are also grounded.

The rest of the vehicles lie dormant at the parking yards of various units. County drivers who are avoiding the inevitable financial crisis are now working for private individuals. According to Migori county drivers who spoke to media on anonymity, they have been reporting to work for the last three months but have not worked because the vehicles are yet to be insured.

“We report to work as usual, bask in the sun for the better part of the day then leave to our homes without doing anything. We now offer services to private entities as long as they can pay. We cannot stay idle for three months yet we have financial obligations to meet,” one of the drivers told the source.

West Kanyamkago MCA, Peter Mijungu, who is the Transport Committee Chairman refused to comment on the issues that has crippled the county.

However, Erick Mwango, the Migori County Fleet Manager bolstered that the vehicles have only been grounded for two weeks. According to Mwango, the delay has been caused by the sluggish pace of the procurement department.

“We grounded the vehicles and forwarded all the requirements to the procurement department. We are still waiting for their feedback since the buck stops at their desk. The new insurance can only be gotten after tenders are advertised and that is yet to be effected. Our hands are tied since we cannot release the vehicles to the departments in their current state,” Mwango said.

Related Content:  North Korea’s Leader Kim Jong Un Makes First Public Appearance Putting To An End His Death Speculations
Kenya Insights allows guest blogging, if you want to be published on Kenya’s most authoritative and accurate blog, have an expose, news TIPS, story angles, human interest stories, drop us an email on [email protected] or via Telegram
Related Topics:InsuranceMigori CountyOkoth Obado
Up Next

Government To Import Cancer Specialists From US, India And China