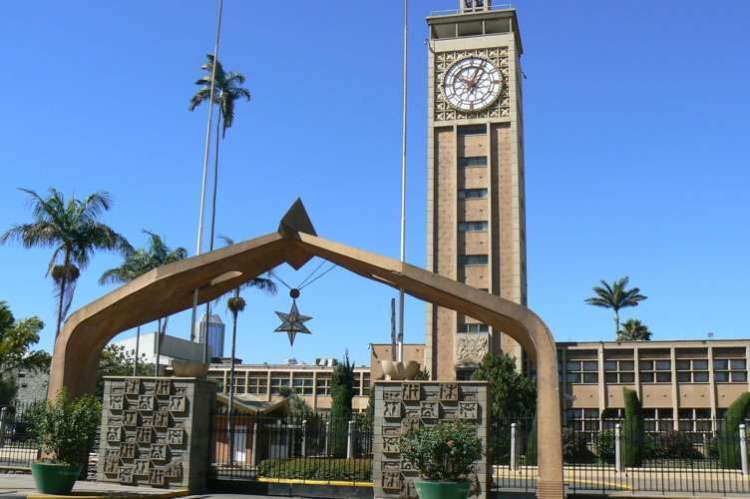 Another 47 MPs have been fingered over misuse of funds meant for bursaries and development projects in their constituencies.In various reports tabled in the National Assembly, Auditor General Nancy Gathungu has detailed how the MPs misappropriated funds allocated to their areas.Among the constituencies identified are Nyatike, Mt Elgon, Lagdera, Suba North, Kuria East, North Mugirango, Gatanga, Bobasi, Laikipia West and Gatundu South.Others are LamuWest, Wajir West, Kitutu Chache, Kiambaa, Mathioya, Suna West, Kitutu Masaba, Kabuchai, , Banisa, Lamu East, Kitui East, Kitui Central, Kibwezi West, Kangundo, Mwingi North and Kanduyi.Also on the spot for abuse of set criteria are Teso North, Butere, Mumias West, Kaloleni, Wajir North, Mandera South, Gichugu, Laisamis, Kirinyaga Central, Mandera North, Shinyalu, Funyula and Matungu.In Millie Odhiambo’s Suba North constituency, Gathungu raises concern over various issues including irregular bursary disbursements, irregular construction of Mbita Medical Training Centre and questionable gravelling of access roads.Gathungu reported that bursary funds amounting to Sh40,000 was paid for a student at Tom Mboya High School but a review of the records revealed the student was not registered in the school.“Consequently, the regularity and validity of the expenditure of the bursary amount of Sh40,000 could not be ascertained,” reads the report.It notes that the NGCDF committee spent Sh3 million on bush clearing, dozer work and gravelling of a 2km road to Wakondo Primary School and another Sh3.9 million being incurred on grading of a 2.6 km access road to Nyamaji Kisaka and Ndhuru Primary Schools despite the projects falling under the county government which is contrary to the National Government Constituency Development Act.Construction advertised The report shows that out of Sh2 million allocated for the establishment of Mbita Medical Training Centre, a review of records revealed that Sh1.8 million was spent before the project started, adding that the tender for construction was advertised in only one newspaper contrary to provisions of the Public Procurement Act 2015.In Peter Masara’s Suna West constituency, Gathungu raised concern over unsup ported bursary disbursements to secondary and tertiary institutions amounting to Sh25.6 million, which had no supporting documents such as the beneficiary’s identity cards, fee statement balances and admission letters.“Further evidence of vetting of the beneficiaries by the bursary sub-committee as required under regulation 21(3) of the National Government Constituencies Development Fund regulations was not provided. Consequently the accuracy and validity of the expenditure totaling Sh25.6 million incurred on bursary disbursement could not be confirmed,” adds the report.No vetting In Central Imenti, Gathungu fingers area MP Mosses Gachine, over unsupported bursaries totaling Sh27.4 million because the list of applicants and bursary committee minutes showing how beneficiaries were vetted and awarded was not provided.She also raises concern over another Sh5.9 million, which was not supported by an acknowledgement from the recipient institution.“In the circumstances, the accuracy, completeness and validity of bursaries amounting to Sh27. 4 million for the year ended June 30, 2019, could not be confirmed,” adds the report Gathungu also raises queries over an unsupported emergency project worth Sh1.3 million for the completion of Kauthene Police Post yet a report of the urgent unforeseen situation and bills of quantities were not provided.She also questions a transfer of Sh52.5 million to three primary schools for construction and renovation of buildings yet there were anomalies on how the money was spent.The schools in question are Gatuatine Primary School, Ngeene Primary School and Kirigara Primary School.In Robert Gichumu’s Gichugu constituency, Gathungu questions bursaries worth Sh 34.6million to secondary and tertiary institutions. According to her, out of the money only Sh28.7million was acknowledged through letters and receipts by the beneficiaries leaving a balance of Sh5.9 million.Unapproved ICT expenditure She also pokes holes on what she terms unconfirmed project management committees bank account balances totaling Sh16.6 million as well as unapproved Information Communication Technology (ICT) hub expenditure.“In the circumstances it has not been possible to ascertain if the Sh5.9 million bursaries benefitted the intended beneficiaries and whether it was expended as appropriated in the year under review,” notes the report.In Abdullahi Bashir’s Mandera North constituency, Gathungu reveals that there was unsupported bursaries totaling Sh9.7 million, as official receipts or acknowledgement letters by beneficiaries did not support it.“Consequently the accuracy, completeness and validity of the expenditure for the bursaries of Sh 9.7 million could not be ascertained.”She also reveals that procurement of sports equipment worth Sh1 million was not supported by documents.In Mathioya constituency, area MP Peter Kimari has been fingered over unsupported bursary to needy students in secondary and tertiary institutions totaling Sh 5.9 million.She also raises questions over unsupported expenditure on environment totaling Sh1.9 million for purchase of seedlings but no evidence was provided to confirm the seedlings were delivered.In Lamu East, area MP Sharrif Athman is on the spot over unsupported bursary payment to secondary schools and tertiary institutions amounting to Sh25.4 million as minutes of the bursary committee meetings were not provided while another Sh15.5 million disbursed to various institutions was not acknowledged through the official receipts of beneficiary institutions.In Stanley Muiruri’s Lamu West constituency, Gathungu raises concern over bursary disbursements totaling Sh24 million as it was not supported by minutes of bursary meetings. She also raises concern over delayed implementation of projects in the constituency as nine initiatives with a combined budget of Sh23.9 million were yet to be started.

Related Content:  Chinese Company Bribed LBDA Board To Win A Sh 2Bn Kisumu Mall Tender
Kenya Insights allows guest blogging, if you want to be published on Kenya’s most authoritative and accurate blog, have an expose, news TIPS, story angles, human interest stories, drop us an email on tips.kenyainsights@gmail.com or via Telegram
Related Topics:Auditor GeneralCDF
Up Next