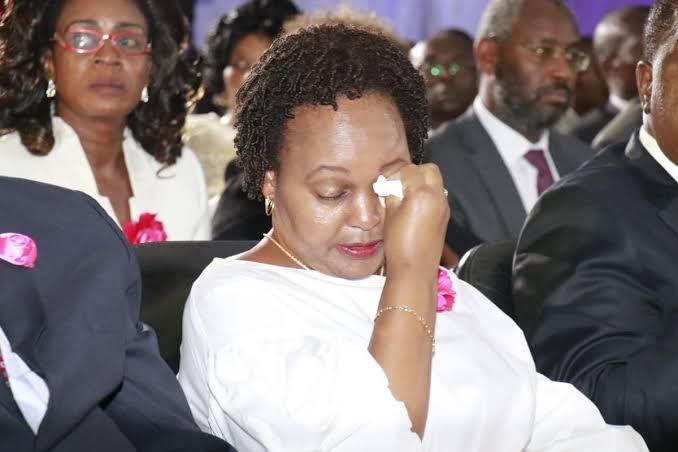 In the county assembly, 23 MCAs out of 33 voted in favour of Waiguru’s ouster sponsored by Mutira ward representative Kinyua Wangui

Four abstained while six were absent.

During the motion, the MCAs resurrected the ghost of the infamous National Youth Services scandal that prompted Waiguru’s resignaton as Devolution CS in November 2015.

Some MCAs claimed the governor had moved the scandals to Kirinyaga.

The motion was anchored on violation of the Constitution, abuse of office and gross misconduct.

The MCAs claimed, for instance, that Waiguru had failed to improve roads, blocked the modernisation of Wanguru Stadium and sabotaged senior national officers from carrying out their work in the county.

She was also accused of gross misconduct by seeking over Sh10.6 million payments for nonexistent travels.

Kinyua claimed Waiguru conferred herself the benefit by irregularly receiving the cash for travels between June 2018 and February this year.

She was also accused of procuring a Sh5 million official vehicle using funds meant for Contractors Retention Account and thus misappropriating public fund despite the same having been done by her predecessor Joseph Ndathi.

The worsening health services in the county was also blamed on the governor with MCAs accusing her of sacking medics.

The governor was also accused of undermining the authority of the assembly by not submitting county plans and policies for approval and also failing to table the annual report on their implementation status.

Kinyua also blamed Waiguru of establishing an irregular tender evaluation committee composed of a partisan staff who take direct instructions from her.

According to the MCA, the two — Pauline Kamau and Wayne Gichira — alternate as chairpersons of all major tender evaluation committees to act as conduits to award tenders to Waiguru’s preferred bidders.

He said this action compromises the integrity of the tendering process and harbours nepotism, favouritism and improper ulterior motive and amounts to corruption.

The cash was for purported upgrading of Kagumo Market after being taken away from Joames Investment yet the contract had not been cancelled.

Another tender for construction of Kagio matatu parking was given to Jipsy Civil Buildings contractors despite having not been certified and being among the highest bidders.

Waiguru was also accused of defying the County Public Service Board.

The board had allegedly recommended that a member of the newly formed Kirinyaga Investment Development Authority be paid after SRC’s approval.

However, the MCAs claimed Waiguru ensured they were paid outside the IFMIS and county government payroll.

She was also accused of causing disarray in the county health department by sacking medics and failing to pay others for six consecutive months.

Waiguru had earlier threatened to file contempt charges against the assembly speaker and MCAs who will proceed with her impeachment motion.

“If the assembly proceeds with the violation of the subsiding court orders, I shall see such orders for contempt against the speaker and all participating members as are available under the law,” Waiguru said.

“If an order was issued stopping the process and the order was served, the assembly acted in contempt of court,” Senate Minority Whip Mutula Kilonzo Junior told Kenya insights 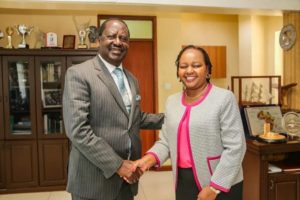 Literally Waiguru have an upper hand for impeachment survival being that she has been a staunch supporter of President Uhuru and Raila Odinga’s Building Bridges Initiative. Being that her final fate verdict depends on the final judgement of the Senate and where BBI enjoys almost 90% support and full allegiance and loyalty to the President and Raila Odinga.

Therefore, according to me, Waiguru ANNEmployed? Just Not Yet.

Vifaranga Vya BBI: One For The Dynasties