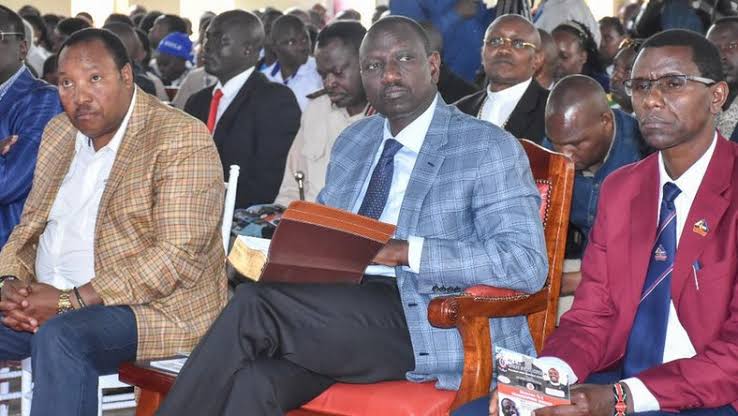 Kiambu Governor Ferdinand Waititu did not see his impeachment coming.

He had faith in his political support base. And he was right. Until January 21, Mr Waititu’s position as governor appeared relatively safe after the County Assembly had voted to impeach him.

According to a senior Jubilee Party official, Mr Waititu’s impeachment was a distant issue within the top echelons of the State and neither President Uhuru Kenyatta nor his court thought much about it.

But things turned ugly during the debate to form a Special Committee that would have investigated the allegations levelled against the governor during the Special Senate sitting last Tuesday.

This triggered a chain of events that would culminate in the Senate voting to kick out the governor on Wednesday evening.

Mr Waititu’s trial in the Senate had been an ordinary affair just like those of eight others that had preceded him.

But Mr Murkomen — either overconfident or plainly naïve — exposed Dr Ruto’s scheme when picking the six Jubilee senators to the 11-member special committee.

First, he picked legislators that are rabidly loyal to the DP, much to the discomfort of some within the Senate.

The committee had Kakamega senator Cleophas Malala as chairman with his Nakuru counterpart Susan Kihika as deputy.

However, this committee was challenged by some in Jubilee Party, who saw it as skewed in favour of DP Ruto and concluded that it had been designed to save the governor from the guillotine.

And, true to these fears, Senators Kihika, Oloitiptip, Linturi, and Godana voted to save Mr Waititu on Wednesday evening. This was the first wrong move.

As if that was not enough, there was concern from a section of Jubilee senators that there was no consultation before the names were picked.

Some from Central Kenya counties complained that their interests were not represented as none of their own had been picked to the committee.

The conclusion was that Dr Ruto’s men would easily manipulate the committee and that some of the members lacked the necessary competence and independence to hear the charges on the basis that some of those proposed rarely attended House and committee business.

Murang’a Senator Irungu Kang’ata fired the first shot when he accused Mr Murkomen over the skewed membership to the committee.

“Mr Murkomen brought exclusively Tangatanga names. I urged him to change, but he refused to make it more accommodating. Our differences spilled to the floor and we mobilised and got it rejected. It was Uhuru versus Ruto,” Mr Kang’ata, the Deputy Majority Whip, complained.

Some accounts suggest that it was Mr Kang’ata who reached out to some powerful people at State House when it was clear that Dr Ruto’s men would have their way.

This alarmed State House which, for the first time, got interested in the matter with President Uhuru Kenyatta personally reaching out to ODM leader Raila Odinga for help.

Related Content:  Cyprian Nyakundi Goes After Professor Magambo- A Man Who Expelled Him For Tweeting

At this time, debate on whether the list should be adopted was well under way. In fact, Mr Orengo and former AG Amos Wako had already supported the names presented by Senator Murkomen and pleaded with the House to approve them.

Hurriedly, some State House officials reached out to Mr Kang’ata and ordered him to oppose the list as they explored other options.

As this was unfolding, Mr Odinga called Mr Orengo and asked him to call for a brief adjournment of the House for consultation. This was the final straw.

It was this adjournment that would scuttle the scheme by the DP’s allies and deliver Mr Waititu’s Waterloo. The matter was now a battle between State House and Dr Ruto.

During the adjournment, both President Kenyatta and Mr Odinga took charge of the initiative when they mobilised lawmakers allied to them to oppose the list and ensure it was defeated.

Mr Orengo and Mr Kang’ata were tasked with ensuring the trial of the governor was done by the whole Senate sitting as a committee.

On the one hand, Mr Kang’ata and senators Charles Kibiru (Kirinyaga) and Johnson Sakaja (Nairobi) were detailed to whip Jubilee senators to vote out Mr Waititu.

On the other hand, Mr Odinga would summon his Nasa troops for a secret meeting on Wednesday, January 22, where he pleaded with them to vote out the governor.

This was the point of no return.

And, as the session dragged into the night and Speaker Kenneth Lusaka patiently called senator after senator to debate the matter, Mr Waititu’s only hope was divine intervention — this too failed him.

An outwitted Murkomen was asked to move the motion. “I can see the mob lynching of the governor. The politics of the day is favouring his lynching. But politics changes. Times change. If God gives me the opportunity to be in this House again, I will be very happy when another governor, who has been one of us, is brought to the dock … I know what vehicle drove people to what direction … I want to make it abundantly clear, when it walks like a duck, looks like a duck and quacks like a duck, it is a duck.”

He sank into his chair and watched as Governor Waititu became the first administrator to be impeached. Defeated, they trotted out of the plenary into the chilly darkness that is Nairobi’s night.

James Nyoro Sworn In As Kiambu Governor What Next For Waititu