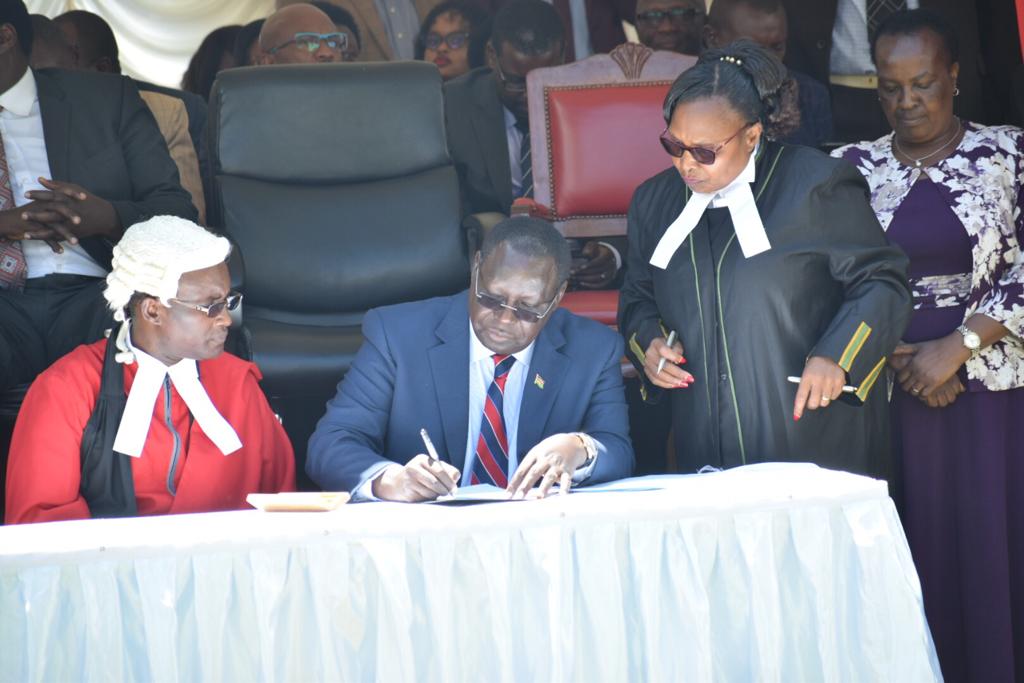 End of the road for embattled and now former Governor Ferdinand Waititu as his then deputy Nyoro is officially the new governor after being sworn in by Justice John Onyiego.

Waititu who was impeached by the Senate had moved to court in a bid to stop the scheduled inauguration in an appeal that will be heard on Monday.

With Nyoro now sworn in as the Governor, Waititu’s goose is cooked and served as it will take a miracle to change anything. Babayao was impeached on three charges by Kiambu Assembly all of which were upheld by the Senate; gross violation of the Constitution, Public Finance Management Act and PPD Act.

Having reached the high rank of Governor the only next step would’ve been the Presidency and that’s a dream that’s likely impossible with the current political setup. So what’s next for the Tanga Tanga allied politician? Nobody knows and only time will tell.

Kenya Insights allows guest blogging, if you want to be published on Kenya’s most authoritative and accurate blog, have an expose, news, story angles, human interest stories, drop us an email on tips.kenyainsights@gmail.com or via Telegram
Related Content:  Reasons Laid Bare: How ICC Cost Foreign Affairs CS Amina Mohamed The AU Seat
Related Topics:
Up Next