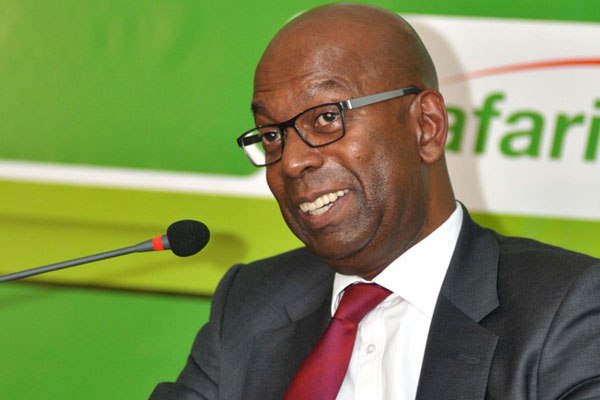 Why Safaricom is Kenya’s Untouchable

This is the second issue of our eight parts investigative  series on Safaricom. On its May issue, edition, the Nairobi Law monthly ran with the title ‘Why Safaricom is Kenya’s Untouchable’. No truer words have been spoken on Kenya’s ongoing mass brainwash by a foreign company and closely tied group of Kenyan elite. Safaricom has since sued writers of NLM for defamation. Nation Media Group have also had their adverts contracts with Safaricom terminated when they went ahead to highlight the KPMG audit report that unearthed multi million heist within the teleco.

Safaricom is today the highest tax payer, makes $380 million dollars in profit and employs 5000 Kenyans. Mpesa is a cash cow for Kenya’s political architects. The mobile money unit rakes in 30% of the company’s revenue, 41 billion in 2016, a figure that has gone up consistently over 9 years.

But, behind the veils of Safaricom’s shareholder structure, lies powerful political and corporate vested interest. Their intention is to perpetuate the dance and charade, while siphoning off profits for their fat pockets. Watu wamekuwa wajanjez!

Kenya’s Corruption 2.0 is nothing like the yester years of the Moi Era. Today, corruption is all about well positioned publicly listed companies to milk Kenyans of every coin.

Half of every transaction fee on your Mpesa transactions goes abroad to Vodafone PLC UK. 5% of airtime commissions via Mpesa also go to Vodafone as part of a license agreement. 40% of all profits made by Safaricom go to Vodafone UK Plc as shareholder of 40% of Safaricom’s shares. We, the public only get to own 25%, while the Government of Kenya holds 35% via Treasury.

2 weeks ago, Safaricom announced a special dividend, worth 28 billion. Close to half will be repatriated to the UK’s British Vodafone. The timing of this ‘special dividend’ is suspect, with Kenya’s upcoming elections.

Over and top of profits, there are royalties owed to Vodafone. Vodafone collects annual fees for the contractual licensed use of Mpesa. Vodafone Sales and Services Ltd (VSSL) owns the intellectual property to Mpesa.

“As the inventor of the globally acclaimed mobile money payments service, Vodafone is entitled to licence fees from Safaricom, calculated as a fraction of M-Pesa’s annual turnover. Vodafone Sales and Services Ltd (VSSL) owns proprietary rights to the M-Pesa platform and earns service fees accrued from the use of the mobile money transfer solution.” Business Daily

The terms of the contract stipulate quarterly payments as royalties annually amounting to between 11% – 25% of all Mpesa revenues. So now Kenya and all the services in Kenya that rely on Mpesa tied to a perpetual license owned by Vodafone. The country’s crucial infrastructure – SACCOs, Micro finance institution, Banking, Utility payments, Taxi service, Lipa na Mpesa and the KRA are tied to a licensed product.

This contract is a sham, just like the much-hyped Homecoming of Mpesa Servers from Germany back to Kenya. This was another masquerade to the country into believing there was a fair exchange. The plot was to shift the servers to a new G2 Platform as a guise for siphoning money via the Chinese, and restructure Mpesa intellectual property under new terms. Documents show Agreements were made by Safaricom and G2 Platform supplier under the VPC (Vodafone Procurement Company) 3rd party, a Chinese company Huawei was roped in to facilitate syphoning 30 billion into shell accounts in Luxembourg. (Source: Nairobi Monthly Magazine June edition.)

Needless to say, the timing of these events just before elections is suspect.

Not many people are aware of the strong link between Safaricom, Mpesa and State House. It’s a circle of regulators and Kenya’s top elites designed to shield the cash cow from interference. The cow must be milked!

Together, they pull strings to entrench the green brand that has now become culture. A conspiracy at high government levels took all the powers of the Communications Authority. Virtually, every regulator has been secured in Safaricom’s back pocket – the Competitions Authority of Kenya, the Central Bank of Kenya and the ICT Ministry.

Effectively, no institution in Kenya has the teeth or commitment to rope in Safaricom’s excessive sway in Kenya.

The roots of Safaricom are deep rooted in the political figures of the 90s. Ex-President Moi, Nicholas Biwott and unknown associates were linked to owning 12.5% of Safaricom via the infamous Mobitelea.
“Its [Mobitelea] owners include politicians from the former government who may have used their influence to facilitate Vodafone’s original $20m investment in Safaricom in 2000. At that stage, Kenya’s regime had become a byword for corruption, with politicians amassing vast wealth.”

Today, the mantle has been passed on to their ilk. The children continue to eat and the dance is kept on.

Like, Ex-Safaricom executive Waita, a learned lawyer who rose through the ranks of Safaricom. He is now firmly set at State House as Deputy State House Chief of staff and head of Public Service. This broad mandate puts him in charge of the President’s Delivery Unit, Office of Budget Management, Performance Contracting and Oversight Office and State Corporations Oversight Office.

Until recently, Mshwari, a mobile lending facility, was the only product allowed on Safaricom’s Mpesa Menu. Commercial Bank of Africa accounts went up from 34,884 in 2011 to 10 million accounts. M-shwari single-handedly propelled the bank from a mid-tier bank in 2013, to a Tier 1 bank all through billions of mobile loan sharking via Mpesa. Yesterday, CBA expanded into Uganda to offer MoKash, a Ugandan version of Mshwari. CBA has the same product in Tanzania with Vodafone.

Now, what most people do not know is that Commercial Bank of Africa is partly owned by the Kenyatta family and close associates. It has reaped enormous benefits from the success of Mpesa and Safaricom. President Kenyatta’s former lawyer Desterio Oyatsi is at the helm of the board as chairman. The president’s younger brother, Muhoho is the Deputy Chairman of Commercial Bank of Africa.

With all these powerful people with ties to Safaricom, no wonder it is untouchable.

Back in London, Vodafone executives are happy cheer on the show.

Kenya Insights allows guest blogging, if you want to be published on Kenya’s most authoritative and accurate blog, have an expose, news TIPS, story angles, human interest stories, drop us an email on [email protected] or via Telegram
Related Topics:CorruptionInvestigationsMpesaSafaricom
Up Next

Extrajudicial Killings Continues, CID Officers Follows To The Hospital A Man They Thought To Have Killed Pumps 17 Bullets To Him In Mwingi