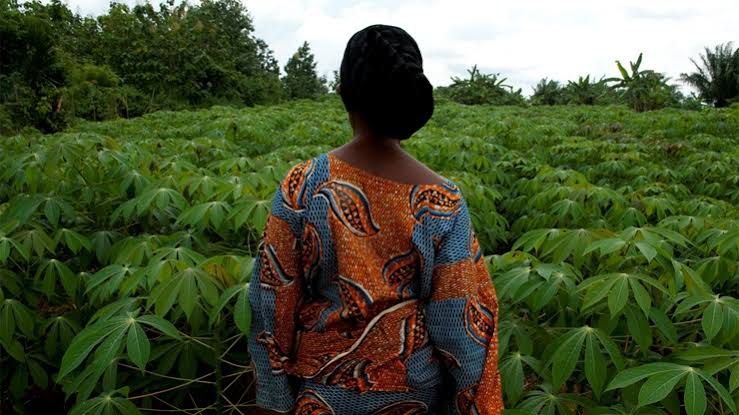 A lady at her cassava farm.
Development and Democracy is fundamental right to every citizen it doesn’t matter whether they are from which region, tribe, race or belong to which religion. In Africa, democratic-Icons are still spending sleepless night going around the region and preaching development and unity, their ambition is seeing Africa growing.
Africa is a growing-potential zone in the world with huge raw materials, minds and space to invest, establish and explore new ideas and actualize them into reality. The growth is very slow because of factors which undermine them.
We have seen many countries impressing changes during international forums like African Union summits and meetings, Economic Community of West African States, COMESA, South African Development Community, East African community etc During such forums, leaders are able to utilize money, time and minds to think, sit together and discuss progress of events touching lives of the nations, send representatives to investigate, review and ascertain progress of programmes in the regions and present report to the management and member states.
Our major discussion has been settling wars in members states and solving food related problems especially in arid and semi-arid regions in Africa and improving living standards in the region. Instability in Somali government for instance has attracts many African nations who cry for justice, development and democracy, their citizens around the world want leaders and revolutionary team in Africa to intervene and promote peace in the region because they are part and parcel of Africa.
Fortunately, leaders have tried championed development and democracy in many ways by using different approach some have yielded fruits for instance Southern Sudan is now enjoying fruits of African states, now it is slowly establishing developments and experiencing stability in terms of democracy and development. others like Somalia and Sudan are experienced tough economic challenges which forces citizens to cry and seek for interventions.
I love African pride because leaders understand their ways of lives, during many forums, leaders put aside their interests and campaigned for economic bloc in Africa by encouraging exchange programmes among developing countries, assisting economically challenged nations, removing trade tariffs and subsidizing prices of goods to open markets for varieties of goods.
The recent visit by Ugandan president Yuweri Muzeveni to Kenya paved ways to expand trading partnership, the huge investment on standard gauge railway SGR remained strong investment which two countries Kenya and Uganda share. Museveni managed to enlighten Kenyans and Ugandans about establishing manufacturing companies within the region for instance one huge papermill which will serve the whole region, he also talked about establishing good environment for trade by opening borderlines which is key for promoting and integrating business in the region. He later spoke about pressing issues bedevilling social-economic and political affairs in the region like corruption, tribal and lack of empowerment in the manufacturing industries in the region.
For sure when development and democracy is compromised human survival is at risk. In Africa democracy growing positively and taking centre stage in shaping and changing mindsets of leaders.
Africa is a potential giant in the world with huge investment, I believe in near future, it will be sending an information to the world about progress, democracy and development.
Written By: Ian Chepkuto, Pangani Nairobi.
Kenya Insights allows guest blogging, if you want to be published on Kenya’s most authoritative and accurate blog, have an expose, news TIPS, story angles, human interest stories, drop us an email on [email protected] or via Telegram
Related Content:  Wafula Chebukati The Man With The Worst Job In Kenya
Related Topics:
Up Next

Police Impersonation And Their Public Relations