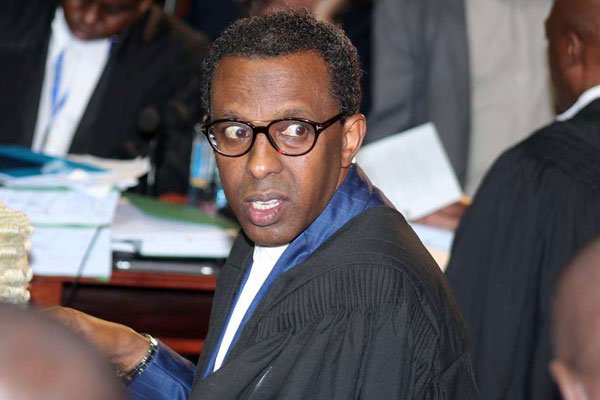 Independent commentators have observed that the Kenyan Media failed Kenyans during and after the annulled 8/8 General Elections. Reports on social media and mainstream media show that Kenyan media is either compromised or blind.

It is perhaps unsurprising that the Media has been chastised on social media and in heated segments on mainstream media. For instance, the Media has been referred to as Githerimedia for its deliberate distraction from the unprecedented electoral theft that disenfranchised millions of Kenyans in this past election. So complete is this failure that, at one point, it swooned over Ezra Chiloba, an official blamed for the 8/8 debacle- even by his own boss! It must also not be forgotten that all Media houses were regurgitating voting results as announced by the IEBC instead of reporting from the ground, obediently abetting a flawed process!

Over the past several weeks, the Media has blindly reported on hearsay rather than disseminating information derived from facts, investigations, and research. To a great degree, it is indisputable that the media has become an extension of Jubilee’s Public Relations (PR) exercise, even going so far as to demand NASA concede to an illegally elected President. As a result, the Media is actively brainwashing gullible Kenyans with incredible lies and half-truths!

Regarding Jubilee’s irregular win in the Presidential elections, Jubilee politicians argue that that the numbers were never affected, but that the Chief Justice David Maraga (CJ Maraga) nullified the elections due to faults in the transmission system. True to form, the Kenyan Media has failed to expose Jubilee’s duplicity: on the one hand, the party’s spokespersons describe Chief Justice Maraga as a “mkora” while on the other, put words in his mouth regarding the historic September 1stjudgment. The Media is content with letting Jubilee have it both ways without as much of a fight.

Then again, NASA accurately reflects the Supreme Court’s judgment that the entire process was so thoroughly compromised that the numbers as read out by the IEBC Chairman Wafula Chebukati were not verifiable. Once again, the Kenyan Media fails to inform the public about this fact and are complicit in Jubilee’s attempt to muddy the water. It has now been left to panelists to do the Media’s job for them.

For instance, during an NTV interview last night hosted by Larry Madowo and attended by Ndindi Nyoro and Rosa Buyu, Rosa Buyu was categorical that “It does not matter who the President is, the issue is that the winner must be declared from an election process that is free, fair and credible election”. By failing to report the whole truth, the Media is irresponsibly allowing Jubilee’s false “Numbers” narrative airtime. This narrative falsely claims that Jubilee had the “Numbers” whereas Uhuru Kenyatta’s victory was a fabrication. If indeed they had the numbers, then why was the election rigged in their favour? Journalists are not asking these questions!

Jim Morrison, an iconic poet, and musician, once said: “whoever controls the media controls the mind.” In this regard, any biased reporting from any media station may and has potentially led to untruths and propaganda being peddled to the Kenyans, effectively brainwashing them to the point they cannot differentiate between right and wrong. This article focuses on the latest “Numbers” narrative that features prominently in the news. How then were the numbers affected in the Raila Odinga and Another v the IEBC and Others to cause the Supreme Court of Kenya, in a historic majority decision, to nullify the election?

In this article, we demystify the PR Exercise and the endless brainwashing by the Media that the only issue and problem with the election was the “Transmission” and not the “Numbers”. In the table below, I summarize the issues arising out of the election and how this affected the numbers.

It is clear that the ‘Numbers’ affected by the irregularities are approximately 11, 073, 456 votes. In any event, given that these numbers were neither verified nor attributed in any way to any person, it only goes on to show that the Presidential results were manipulated to benefit one candidate. Of concern is the endorsement and move to wrap up the entire process within four (4) days without actually verifying whether the results were streamed from any polling stations. Post-Supreme Court decision reports and the revelations seek to show that the entire election process was manipulated to ensure a favorable outcome for one candidate without actually paying regard to the ‘Sovereign Will’ of the Kenyan people.

I reiterate and associate myself with Rosa Buyu’s sentiments that “it does not matter whether Raila Odinga or Uhuru Kenyatta wins, however, the entire process must be free, fair, credible, verifiable and accountable”. Time is nigh to take action on people who perpetrated this election fraud and scheme to manipulate the Will of the Kenyan people.

As CJ David Maraga said, “The greatness of any nation lies in its fidelity to the Constitution and adherence to the rule of law, and above all respect to God”. As a Kenyan, we need a truthful, honest and respectful society and this should start by having an election that is above reproach, fair, credible, verifiable and accountable. As Kenyans, we need to think whether we should stand on the right side of history by building a foundation of trust, truth, fairness, accountability, and respect or be complacent in building a Kenya founded by lies, theft, propaganda, hatred, and disrespect. I would like to put the Media on notice, that PR or brainwashing Kenyans under the guise of peace or for whatever reason is a great disservice to the Kenyan people. It is only the truth that shall set the Kenyan people free.

*The author is a volunteer of the NASA Volunteers Group.

Kenya Insights allows guest blogging, if you want to be published on Kenya’s most authoritative and accurate blog, have an expose, news TIPS, story angles, human interest stories, drop us an email on [email protected] or via Telegram
Related Content:  Kenya Will Not Have An Election After All
Related Topics:
Up Next