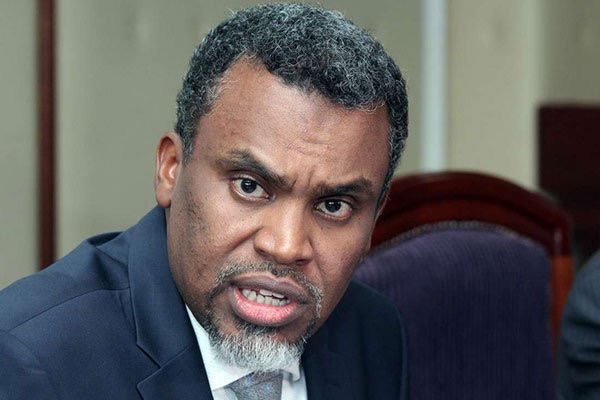 Trouble looms for banks and officials who were involved in the illegal NYS II transactions a scandal that saw Sh8B embezzled. DPP Noordin has issued a statement on the progress following investigations on the marked banks by the DCI.

DCI investigations as directed by the DPP on the criminal culpability has found five banks liable; Standard Chartered, KCB, Equity,Co-Op bank and DTB all have a case to answer. The banks violated restrictions that govern banks in Kenya by facilitating flow of proceeds from crime and money laundering.

Investigations established that the Standard Chartered Bank received a total of Sh.1,628,902,000 between January 2016 and April 2018 out of which Sh.588,558,000 was suspiciously transacted by bank’ Officials without reporting to the Financial Reporting Center as opposed to the POCAMLA regulations.

KCB according to the investigations had received Sh800M of which Sh148,397,000 was suspiciously transacted by bank officials without sticking to the POCAMLA regulations.

Diamond Trust Bank which is currently under prove over involvement in helping Dusit terrorists launder their money for the attack, is in the frying pan as well. Investigations reveal that, the bank had received Sh.164M out of which Sh27,946,298 went without being captured by the regulatory board.

Co-Op Bank received Sh.250M and suspiciously transacted Sh.25M without reporting. DPP has since constituted a team of senior prosecutors who’ll review the files and give recommendations in the next two weeks.

DTB had been fined Sh56 million by CBK while Co-operative Bank will pay Sh20 million. The five banks handled a total of Sh3.5 billion from NYS with StanChart handling the largest transaction worth Sh1.6 billion followed by Equity Bank at Sh886 million, while KCBprocesses Sh639 million. The same banks involved in the NYS I are also the ones being chopped over NYS II. It seems the fines never worked so the punishment this time should even be heavier.

Related Content:  Exposed Part Two: Raila Odinga’s Pointman And Uriri MP Eng Mark Ogolla Caught Up In Pro Gas Fraud Scheme Via His Horizon Media Investments Limited
Kenya Insights allows guest blogging, if you want to be published on Kenya’s most authoritative and accurate blog, have an expose, news TIPS, story angles, human interest stories, drop us an email on [email protected] or via Telegram
Related Topics:
Up Next