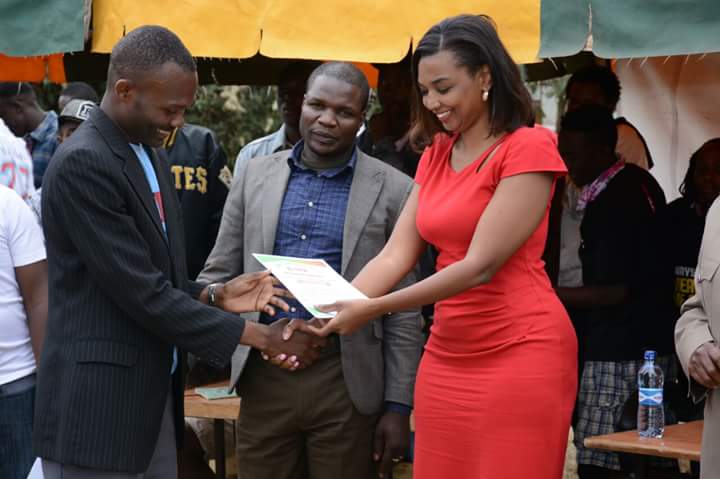 Nominations for party tickets have taken a toll of events with expected chaos clouding the hot contests. The constitution has given women and other marginalized groups more empowerment even if intended standards are yet to be met as far as the two third gender rule is concerned.

Woman representative, a position created under Article 97 of the new constitution, opened special legislation position for 47 women drawn from all the 47 counties. However, a good number of Kenyans are yet to fully feel the relevance of this post with a good support towards the suggestion of scrapping the position.

You really can’t blame Kenyans who are yet to feel the full impact of this office given the fact that occupants are loudly dormant and doing nothing tangible in making the office more relevant. Using Nairobi as an example, the post of Nairobi Rep has attracted the most clueless and pathetic leadership breed.

Here’s a new kind of leadership which lacks a clear mandate. It is public knowledge that a good number of them if not all are girlfriends to senior politicians and busy serving the circle. For a serious constitutional office, you get nauseated to the tag lines only familiar with socialites on Instagram being adopted by these disillusioned politicians. How do you expect voters to take you if not the office seriously while you’re packaging yourself as nothing but a sex object? Sponsor baiting tags like Bae wa Nai, Msupa wa Nai, Manzi wa Nai and all that hogwash,demeans the office of the woman representative. 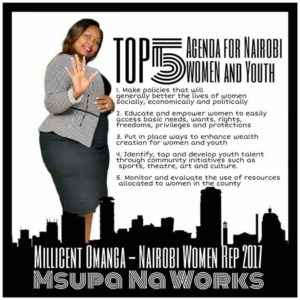 This breed goes to political rallies dressed as if they’re going to meet a sponsor they meet off afrointroduction. The relevance of this office is actively being soiled. Kenya misses the focused women leadership of Wangari Maathai, Martha Karua, Charity Ngilu perhaps we have some hopes in Esther Passaris who recently dropped her bid for the governorship to view bid for Nairobi Women Rep. Kenya women and youths need results-oriented leadership and not deceiving leadership.

Less can be written of reigning Nairobi Women Rep Shebesh who has made more headlines on her sexual escapades than actual policy making. She set a dangerous precedent, and now every woman with a beautiful face and big hips aspire to be a woman rep as if this is a beauty contest. The office has been abused and misinterpreted. The women and youths need favorable policies to ease livelihoods not hips, this can be bought but not quality leadership.

Since most of them are too engaged during the night making that campaign money ‘talking’ to the sponsors, here’s a brief summary of what’s expected of a woman representative. 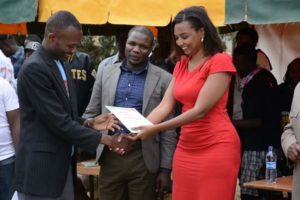 Karen Nyamu, Jubilee aspirant in a dinner dress during one of her campaigns.

Each of the 47 counties has an elected women representative at the National Assembly. The public sees them as completely different from other MPs. However, they are all similar based on their functions.

The only difference is that the role of women representatives goes beyond that of other MPs. That is why the Constitution created positions for them in parliament.

WOMEN REPRESENTATIVES REPRESENT THE WOMEN, WHOM THE CONSTITUTION RECOGNIZES AS A MARGINALIZED GROUP (ARTICLE 100).

Women representatives should promote the interests of women and girls within their counties. This role involves coming up with laws and policies that specifically target women and girls. Through parliament, they should lobby and advocate for equity and equal opportunities for women and girls.

They should sponsor and engage in bills, motions, resolutions, and notices that aim to redress any disadvantage suffered by women and girls because of the past or present discrimination.

The other role of women representatives is to receive and act on petitions from the public on matters that relate to (discrimination of) women and girls.

Women Representatives in Kenya also have a role to play in mobilizing residents in their counties to identify projects that women and girls can benefit from. They should influence the national government to include or adopt these projects in the budget. Furthermore, they can utilize the role of parliament in the budget process to allocate money for these projects.

Before they vanish to their sponsors on failing nominations, can Jeff Koinange or any other political talk show jump on the opportunity and hold a debate and face off of the woman representative aspirants for Nairobi. You can bet this would be a good show and a chance to clear empty heads from the right minds. Apart from the beauty and booty what else do you have to offer, that should be the deciding factor for electorates. Over to You!

Greed, Selfishness Of NASA Leaders Is Guaranteeing Jubilee Another Term In Office

PSCU: Raila Is Afraid Of The Accountability And Development Levels Set By Jubilee