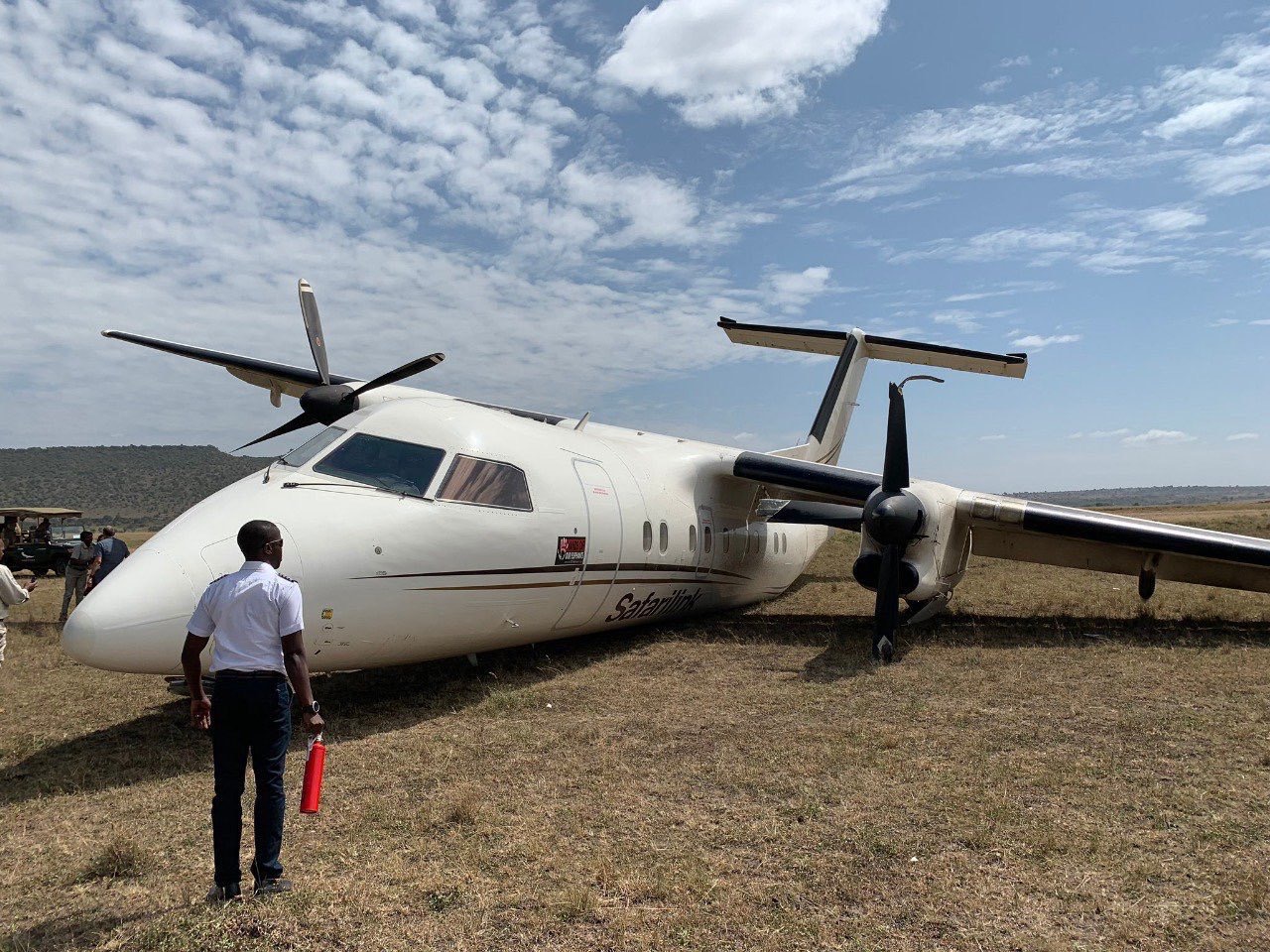 There has been an average of an aircraft mishap every month within the Kenyan airspace in the past 22 months, according to a report, as the general safety of the country’s aviation industry comes under intense scrutiny.

This comes even as the International Civil Aviation Organisation (ICAO) rates Kenya’s air safety record as ‘commendable’ with a 78 per cent score in the last released results of 2017.

The score ranked Kenya at position 67 globally and seventh in Africa after South Africa, Mauritania, Togo, Egypt, Gambia and Madagascar.

Beneath this seemingly good record is an industry that insiders say continues to threaten the safety of passengers as regulators, airline operators and the Kenya Airports Authority (KAA) look the other way on issues that could be the difference between a safe flight and an accident. Safarilink has now come under focus following a steady pattern of mishaps.

Most of the planes are from Wilson Airport, so bad that the UK government has talked.

The United Kingdom has issued a travel warning to its citizens over the use of planes that operate at Wilson Airport in Nairobi following several mishaps.

In a fresh travel guidance, the Foreign and Commonwealth Office (FCO) urged Britons to review the safety records of aircraft that mostly serve domestic and regional routes—ahead of boarding.

“If you plan to charter a private aircraft, check with the company’s safety pilot about the condition of the aircraft and runways to be used. If the company has no safety pilot, find another company that does,” the FCO said in a statement on Friday.

“The airport is manly used for domestic flights, including charters. Be vigilant at all times when transiting airports.”

The latest incident took place on Wednesday 6th In another incident at Wilson Airport Kenya, a Fly safari link De Havilland Dash-8 (5Y-SLD) had a tyre burst on landing. This is the second tyre related incident for Safarilink in less than two weeks at Wilson. Another incident last Tuesday involved a SafariLink plane carrying 10 passengers which veered off the runway after a tyre burst, leading to the closure of the airport for 30 minutes.

In August, Safarilink had another incident, an unknown number of tourists escaped death after their aircraft hit and killed two wildebeests that strayed unto the runway as it landed. The incident occurred at Kichwa Tembo in the world-famous Masai Mara Game Reserve.

Another mid-air scare occurred last Monday when an aircraft belonging to low-cost carrier Silverstone Air lost a tyre while taking off from Lodwar Airstrip in Turkana County.

Early this month, another aircraft operated by the same airline veered off the runway at Wilson Airport.

Embattled local carrier Silverstone Air has suspended operations on three of its routes including Homa Bay, which was launched just two months ago, in a move that slows down its aggressive expansion plans.

Related Content:  Male Birth Control Pill Has Been For The First Time Declared Effective And Safe For Human Use

Other countries could take cue from the UK travel advisory in what could hurt travel.

Britain was the fourth leading source of foreign tourists to Kenya last year when earnings from the sector jumped 37 percent to Sh157 billion — which was the biggest increase in more than a decade. It brought in 184, 002 tourists, equivalent of 9.09 percent of 2,025,206 arrivals, behind US, Tanzania and Uganda.

Mr Mbuvi’s appointment followed an ownership change at Safarilink as ALS Limited, one of the shareholders of the firm, sold its entire to Bridges Limited, a Ramco Group affiliate, and an existing shareholder.

As a result of this private transaction, Captain Aslam Khan of ALS relinquished his position of chairman with Safarilink settled on Mr Ngunze to steer the airline’s board.

Air safety in Kenya is becoming an issue that crucial meetings are taking place.

The aviation sector regulator Tuesday held a closed-door meeting with Wilson Airport-based air operators over the recent spate of mishaps.

Greed And Corruption: Owners Of Marked Parklands Mega Building Sitting On Riverbed Defies Orders And Goes Ahead With Construction