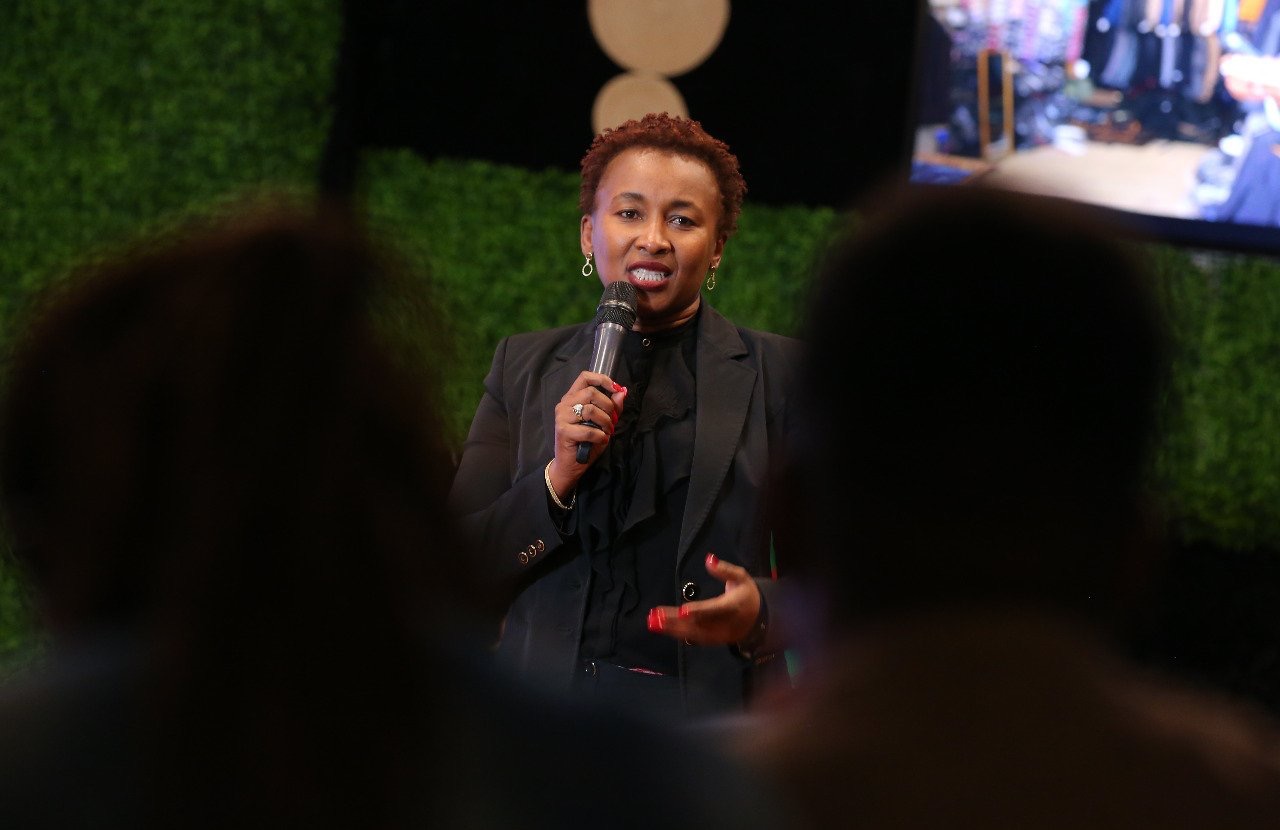 Sylvia Mulinge at a Safaricom event.

A thick cloud of uncertainty hangs on the destiny of former Ms Mulinge, previously director of the consumer business unit at Safaricom in Kenya, who  was appointed in mid-April to take up the Vodacom MD position then held by Ian Ferrao. She was to assume office on June 1 but four months later, she’s yet to occupy the office thanks to immigration constraints.

Tanzania media reported that Ms Mulinge’s was not among the more than 400 work permits the Immigration department issued last week. This is despite having applied for the license on 23rd May.

This latest development comes at the backdrop of rumors that President Magufuli had intervened to deny Ms Mulinge entrance arguing that there are more qualified Tanzanians to match the task, according to sections of Tanzanian media. Immigration officials have turned down questions on this matter saying it is a non issue and that the department works within its own policies. Obviously, there’s more to this delay than meets the eye.

However, Ms Mulinge is not new to controversies with the immigration standoff adding to her list of problems. In 2017, the ODPP filed  charges against Sylvia Mulinge for ‘causing death by dangerous driving’ along Southern bypass in February 2015.

@SafaricomLtd's Sylvia Mulinge to appear in court on 20/11/17 to plead to charge of causing death by dangerous driving pic.twitter.com/czuvE2pX30

On First of February, 2015 Sylvia Wairimu Njugua Aka Sylvia Wairimu Mulinge was the driver of the motor vehicle registration number KBU 483M, A Toyota Prado, Along the Southern-By- Pass in Nairobi when she negligently drove, managed and/or controlled the said motor vehicle and caused it to hit Mary Kusa Etale (Deceased) who sustained Serious Injuries.

While her request remains pending, she continues to serve as Safaricom director where her records are highly rated leading to the reward with Vodacom job. It is only time that will tell if she’ll be finally issued with the document or it remains a dream.