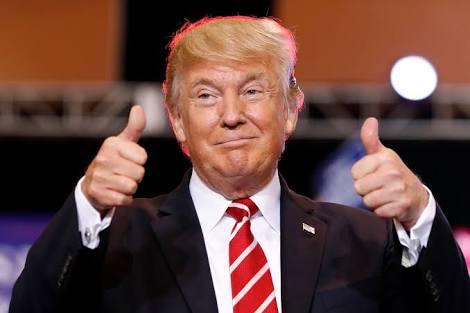 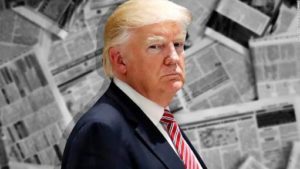 “Social Media is totally discriminating against Republican/Conservative voices. Speaking loudly and clearly for the Trump Administration, we won’t let that happen. They are closing down the opinions of many people on the RIGHT, while at the same time doing nothing to others.

Too many voices are being destroyed, some good & some bad, and that cannot be allowed to happen. Who is making the choices, because I can already tell you that too many mistakes are being made. Let everybody participate, good & bad, and we will all just have to figure it out!

Censorship is a very dangerous thing & absolutely impossible to police. If you are weeding out Fake News, there is nothing so Fake as CNN & MSNBC, & yet I do not ask that their sick behavior be removed. I get used to it and watch with a grain of salt, or don’t watch at all..”

Twitter has been on the limelight for Censorship and Suspension spree on users they believe to violate their Terms and Conditions which have been exaggerated to the extent of Daylight murder. The controllers ethics adherence is nothing but Impunity coating. It all began with shutting down of fake accounts–bots which majority with fake followers lost massive number, some by half a million.

Twitter founder Jack and Twitter support talks of their Terms and Conditions which doesn’t favour speaker of truth and an African revolutionist being an Uprising continent. Take an example, One of Kenya’s Influential Blogger Cyprian Nyakundi’s suspension from twitter was on the basis of consistent reports of complaints of his tweets because this is a figure who says it as it is without fear or favour. The fruit of his tackles are being enjoyed by all Kenyans of Goodwill. He had tackle Corporate fraudsters day in day out; Bob Collymore and his Safaricom fraud schemes have been downplayed, Swazuri- Ruaka Land scandal and SGR Compensation saga have led to his(Swazuri) arrest and fired from his NLC position, tremendous Corrupt Politicians have felt his wrath and which have led him be charged with Cyber bullying to some extent but have always won. The accomplishments are too many to mention. After his suspension from twitter, over 20,000 Kenyans on Twitter migrated to Gab where he is currently operating. Twitter ought to listen to or rather consider every voice; both of haters and funs. Every social media influencer has haters and funs at equal measures and the Ecosystem must accommodate all these people.

Related Content:  More Than 200 Inmates Escape From Ugandan Jail While Naked In A Daring Prison Break

There are specific words that have been marked that when you include in your tweet might send you to suspension list: “Mbwa” “Malaya” “Sponyo” which were consistently Nyakundi’s thunderous sentiments. Personally i wouldn’t hesitate to use them in my sentiments for so many reasons because that’s the language perpetrators understand better. Taking the bull by the horn.

Specifically on Africa as an Uprising Continent, the liberation has not come about by Good Expression Ethics but tough and offending words to the oppressor because the system is not pampering and in return can’t be pampered. The minority voices are heard and some have been heard through these platforms in these manners and some have actually resulted to powerful changes favouring human kind and like Trump has said, too many mistakes are being made and let everybody participate whether good or bad.

Uganda: His Bones Have Been Broken But His Spirit Hasn’t Been Crushed, Bobi Wine’s Wife Speaks Out After Seeing Him The First Time