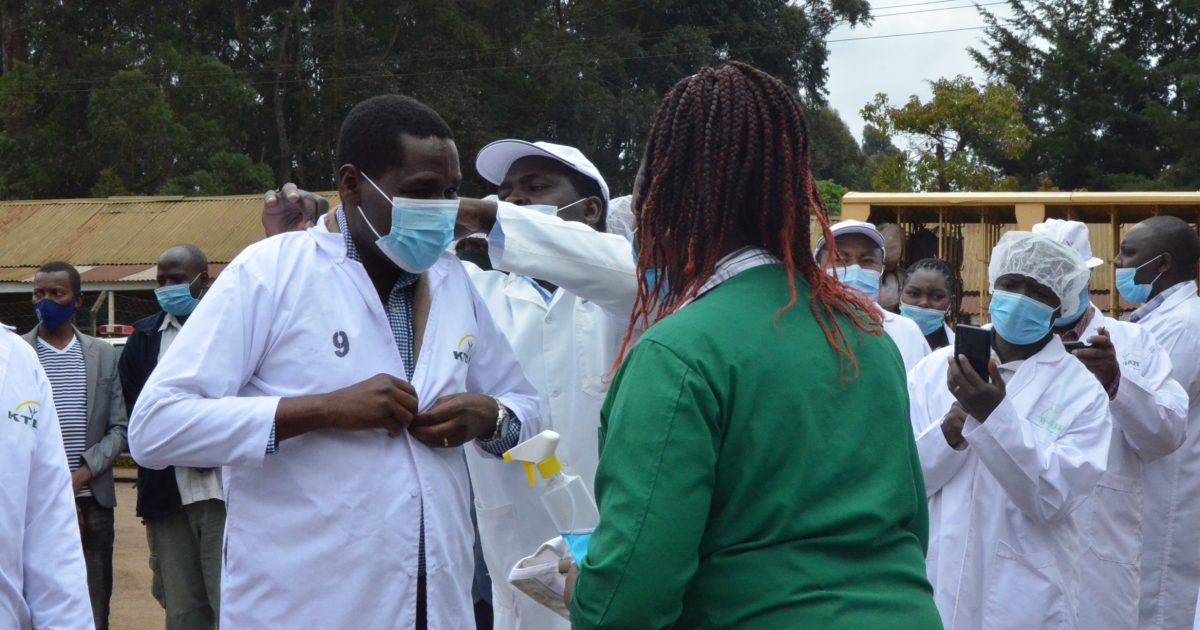 Tea farmers in Nyeri County yesterday unanimously resolved they will not elect tea factory directors until the proposed new tea regulations are effected.

Speaking yesterday at Othaya Stadium during a meeting with Agriculture Cabinet Secretary Peter Munya, the farmers through what they called the “Othaya declaration” supported The Crops (Tea Industry) Regulations 2020.

The declaration was read by the only director from Gathuthi tea factory limited, Mr Paul Gitonga Wanjau who attended the meeting as other directors from the county snubbed the function.

Munya told famers that the old law governing election of factory directors was repealed, adding that “you cannot go to an election with a law that has been repealed.”

“When we gazzetted these regulations, we repealed the previous ones,” Munya said adding that holding elections under the defunct law is illegal.

The government in conjunction with farmers has come up with a raft of regulations aimed at streamlining the tea sector and ensuring that they reap optimal returns from their investments.

However, the Kenya Tea Development Agency (KTDA) went to court to oppose the implementation of the regulations and the case is still awaiting hearing and determination.

Munya said the previous law governing the tea sector was revoked and a new one put in place.

Munya dismissed claims that he was fighting KTDA as cheap propaganda noting his interest was to ensure farmers benefited from the crop as directed by President Uhuru Kenya in his response to tea and coffee farmer’s woes.

“Hii si mabadiliko ya Munya. Hii ni mabadiliko ya wakulima na wanasema lazima yafanyike,” (These are not Munya’s reforms. They are owned by farmers who are demanding their implementation) Munya asserted.

He told famers that the regulations had already been gazzetted when KTDA went to court and so the status quo still remains and anybody acting on the contrary was breaking the law.

He added that the regulations aimed at cutting costs of farmers, ensuring efficiency in the tea production and transparency and accountability at the Mombasa Tea Auction.

The CS emphasized that KTDA should refrain from engaging in other businesses that are not related to tea.

“We want them to rededicate their mission back to the smallholder tea farmer,” Munya told the farmers.

He added that the businesses that KTDA had engaged with were only oppressing the tea farmers.

Munya warned that farmers’ resources should not be used to pay lawyers to fight against their agenda in court.

The CS said some of regulations included reduction of agency fee from 2.5 per cent to 1 per cent, KTDA to pay factory employees and factories to employ or source for their own factory secretaries.

Others include payment of 50 per cent of farmer’s tea sales monthly, directors to serve for a maximum of two terms and one grower, one vote among others.

He directed that automation of the Mombasa tea auction which has been delayed for the last five years should be hastened to ensure transparency.

Speaking during the occasion, East Africa Legislative Assembly member Mpuru Aburi criticized people disrespecting the Presidency saying Kenyans are not happy with them.

Aburi told politicians to concentrate on development projects to serve wananchi instead of politicking.

He at the same time welcomed the new tea regulations and dismissed KTDA as a den of cartels milking the farmers dry.