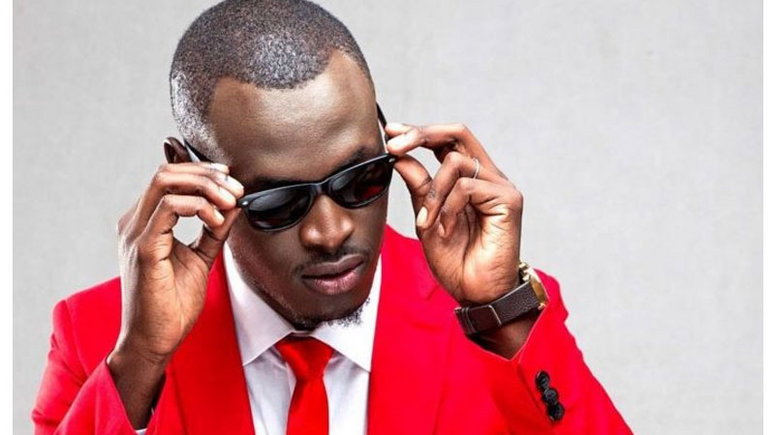 Until a few things are sorted.

Until a few things are sorted. Apologies. pic.twitter.com/eB44bFtjY4

This comes just a few hours after the artist suggested his life was in danger due to the same on Twitter a couple of hours after he released the video which targets high profile politicians who have been mentioned in corruption cases over the years.

#WajingaNyinyi At this rate I think I need protection. If worse comes to worse mkuje police station.

The hit piece received countrywide support from Kenyans with most taking to social media using the hashtags #WajingaNyinyi and #WajingaSisi which have since been trending on Twitter for the better half of the day. The video received endorsements from ctivist Boniface Mwangi, banished politician Miguna Miguna, Film board boss, Ezekiel Mutua and many more

In the art piece, which became an instant hit on YouTube, amassing 68, 000 views in just eight hours, the 32-year-old musician called out the Kenyan electorate for voting in leaders who are selfish, scandalous, corrupt and highly-deceitful.

Here is the full video:

Here are some of the notable tweets on the trending topics.

#WajingaNyinyi Yaani wajinga sisi… Ain't it the truth though. https://t.co/pCkDKzkso1

Who will change Kenya?

Stupidity is when a jobless youth refers to a Billionaire as a Hustler. #WajingaNyinyi
King Kaka

A friend from the Netherlands asked me, "Do you believe that your country will ever change?" Without hesitation, I replied, "Yes." Perplexed by my confidence, she asked, "How can you be so sure?" I looked at her, smiled & then I said, "Because I am the revolution." #WajingaNyinyi

Kenya has about 50m citizens and less than 2000 elective positions. Ironically, when Kenyans get the opportunity to vote, they always pick the worst possible choices then spend the following 5 yrs crying. #WajingaNyinyi is a good piece of activist art. Thank you @RabbitTheKing

@RabbitTheKing's #WajingaNyinyi new release is evidence that we are a free country. He has used his creative licence to prick our conscience. Anyone defamed can seek legal redress, but as @InfoKfcb, we will not interfere with the production.

Kenya Insights allows guest blogging, if you want to be published on Kenya’s most authoritative and accurate blog, have an expose, news, story angles, human interest stories, drop us an email on tips.kenyainsights@gmail.com or via Telegram
Related Content:  Atheist Leader Harisson Mumia Wants His Quacker Baptism Revoked
Related Topics:
Up Next

Ringtone: I’ve Not Had Twa Twa In Seven Years