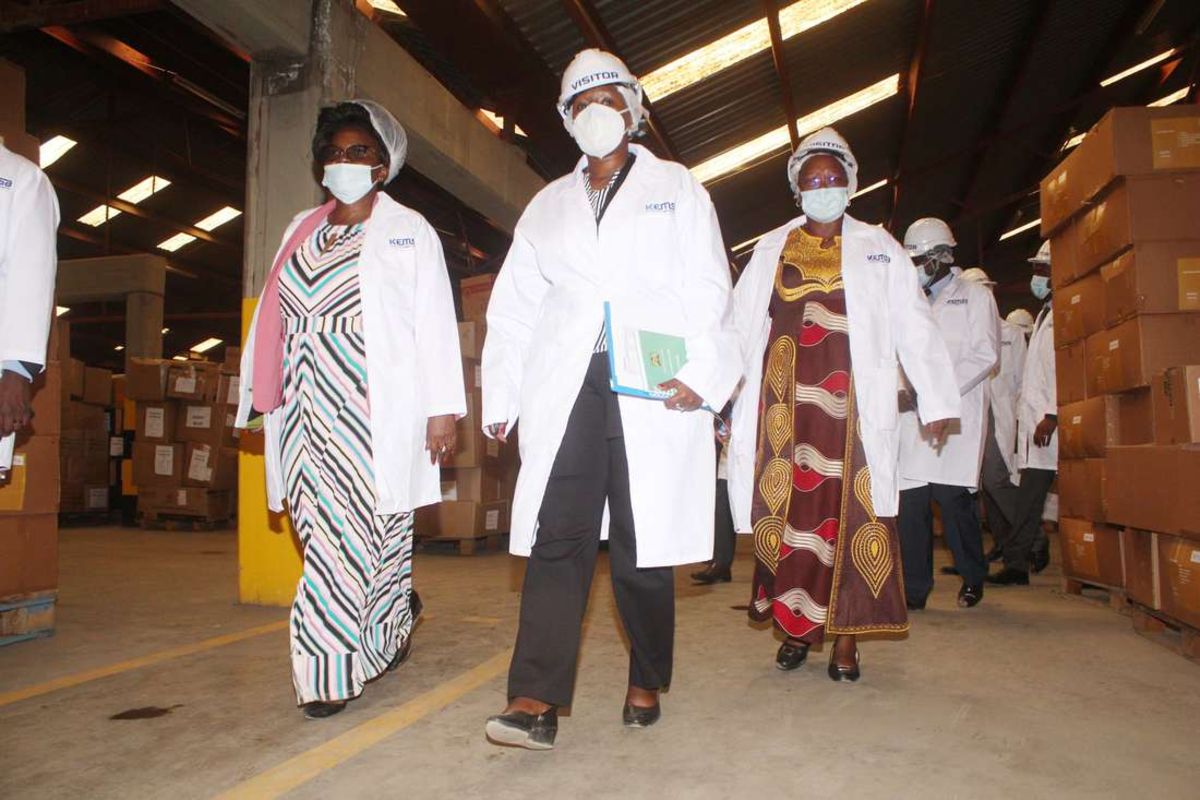 Files of 25 companies that supplied Covid-19 items are missing even as the government targets 80 firms in ongoing investigations into the loss of billions of shillings meant for fighting the pandemic.

Ethics and Anti-Corruption (EACC) officials told the Joint Senate ad hoc Committee on covid-19 that they are looking into how 13 firms that supplied material valued at Sh300 million were awarded the tenders.

EACC chairman Eliud Wabukala, Commissioner Mwaniki Gachoka and investigations director Abdi Mohamud told lawmakers that evidence against the 13 companies is being gathered. “Once we are done with the 13, we will go to the others that won tenders for smaller amounts. We want to know if the law was followed,” Mr Mwaniki told the virtual committee meeting Wednesday.

EACC officials added that investigations are in phases due to the voluminous documentation involved in the supply and payment transactions. Companies are clustered depending on the nature of deliveries and amounts involved.

Mr Mohamud said EACC detectives would also investigate firms that expressed interest to supply coronavirus-related items to the Kenya Medical Supplies Agency (Kemsa) but did not succeed. Acts violated The commission added that it has established that the 2013 Anti-Corruption and Economic Crimes Act, the 2015 Public Procurement and Assets Disposal Act and the Public Finance Management Act, 2012 were violated by Kemsa managers.

“The investigation established criminal culpability on the part of public officials in the purchase and supply of Covid-19 emergency commodities that led to the irregular expenditure of funds,” reads an EACC report tabled at the committee and signed by chief executive Twalib Mbarak. Mr Mbarak said the commission is awaiting the decision of Director of Public Prosecutions (DPP) Noordin Haji who is reviewing the inquiry file to inform any action in the first phase of the investigations.

Related Content:  Steven Githaiga A USIU Lecturer Without Any Legit Academic Credential And The Sham TARDA MD With Faked Documents

It also emerged that 25 companies that supplied Kemsa with Covid-19 related items cannot be traced, despite pocketing billions of shillings.

A report tabled by the Public Procurement Regulatory Authority (PPRA) at the Senate ad hoc Committee indicates that details of the firms are missing from the files submitted to the authority. Kemsa submitted documents showing that out of 141 companies that tendered, only documents for 116 were submitted to PPRA.

“We requested for documents of companies that supplied Kemsa with Covid-19 related items but only received for 116 firms. We are unable to carry 100 per cent investigations to determine the true value of the tenders,” PPRA team leader of the Kemsa inquiry Francis Kissinger said.

He said his team does not know the owners of the 25 companies as no documents were provided on the bidders. PPRA Director-General Maurice Juma said Kemsa failed to submit the needed files because it favoured some suppliers. The report also indicates that files for another 16 firms could not be traced.

The senators questioned how and why vital files should disappear when investigations are on. “This is big corruption. How can files vanish from a public office? What is it that Kemsa is attempting to hide about these organisations? Why are the files not tabled?” Wajir Senator Abdullahi Ali asked. Get missing files His Narok counterpart Ledama Olekina told Mr Juma to get in touch with the 16 companies whose files are missing and ask for the needed documents.

Mr Juma told the Ms Sylvia Kasanga-led panel that PPRA has not received any response from Kemsa despite writing several times requesting files of the missing companies. “In the event that Kemsa does not produce the documents, the accounting officer will be held responsible. The files are supposed to be in the office for six years. It is barely a year,” Mr Juma said.

The report also shows the procurement proceedings were initiated by letters from companies requesting to supply personal protective equipment, masks and other coronavirus-related items. In response to the suppliers, Kemsa Chief Executive Jonah Manjari issued commitment letters with specific quantities, delivery dates and mode of acceptance. He said supplies “will be accepted using a delivery note as the other documents shall follow to facilitate payment”.

Reverse procurement Dr Manjari and other top Kemsa officials have since been suspended. “Procurement was in a reverse manner and this should be investigated,” Mr Juma said.

Nominated Senator Mary Seneta told the authority to ensure Kemsa furnishes it with answers to questions Kenyans are asking. “Was the quality of the items supplied assured if the companies could be given room for deciding what to bring without specification? How sure are we that what they brought was genuine yet they were issued with certificates of acceptance after the goods were delivered?” she asked.

Items in excess Some tenders were retrospectively prepared after commitment letters had been issued by the CEO to suppliers.

Related Content:  Obado And His Four Children To Face Fresh Charges As EACC Unearths New Developments In The Heist

The letters, listed the name of the supplier, expected date of delivery and a statement that the items were to be accepted “using a delivery note as the other documents shall follow to facilitate payment”.

It also emerged that the commitment letter issued by the CEO did not contain clear specifications despite deliveries being based on the letters. Quality not considered This, means the companies were supplying items they wished without considering quality.

“We came across companies that supplied items in excess, with others supplying less. This is because the commitment letters did not indicate what to supply and how many items,” Mr Kissinger said.

The report also shows some deliveries were made a month after the issuing of commitment letters while others have not been delivered. Tender Kemsa/DP83/2019/2020 for the supply of oxygen cylinders was dated May 11 while the bidder was required to supply by August 3, four months from the date of contract signing. “Procurement of the required goods was justified as urgent. However, there was no evidence of deliveries by some suppliers,” the report says. The investigations indicate that some negotiated prices of items were not as per the cost as proposed in the tender forms by suppliers.

For tender Kemsa/DP61/2019/2020, the price schedule for N95 masks (Packet of 10) was Sh7,000 and the evaluation committee indicated the schedule was Sh8,120 then negotiated to Sh7,000. “No evidence was provided to verify if the negotiation was based on market survey,” the report says.

PS In The Center Of TARDA Acting CEO Confusion