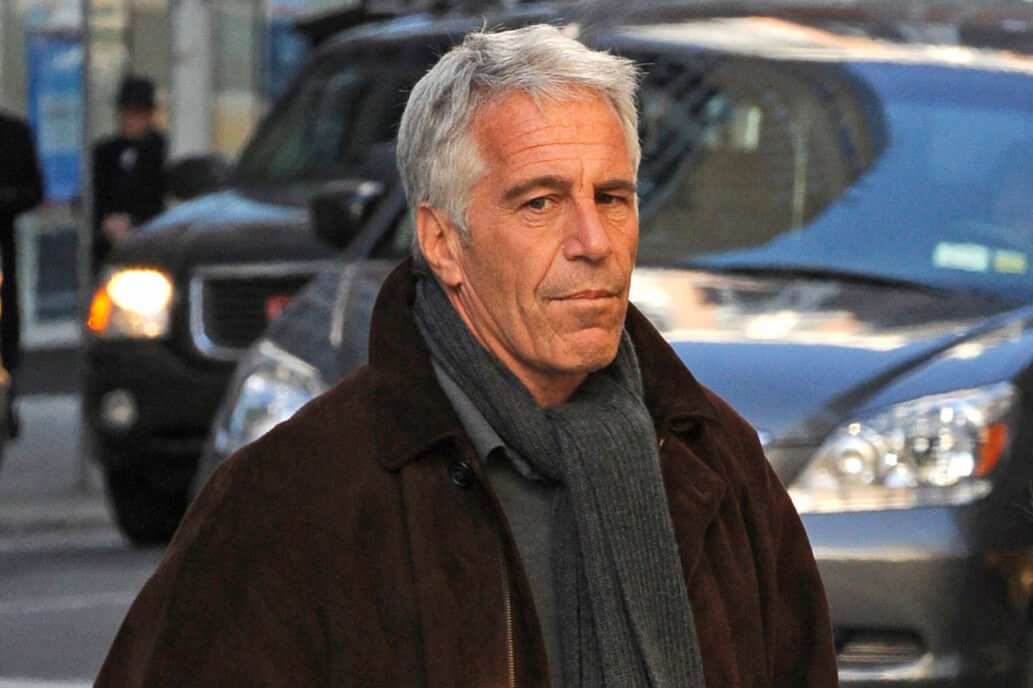 American billionaire financier Jeffrey Epstein has committed suicide in his prison cell in New York while awaiting trial for child sex trafficking charges. The billionaire paedophile is reported to have hanged himself in his Lower Manhattan prison cell.

His body was found in the Metropolitan Correctional Centre in New York on Saturday morning at around 7.30am. Manhattan federal prosecutors last month charged the 66-year-old with sex-trafficking girls as young as 14. Epstein was already a registered sex offender after being found guilty of soliciting a minor for prostitution in 2008. He spent 18 months in prison.

Epstein was also an associate of Donald Trump and previously a regular at the US president’s Mar-a-Lago club. Mr. Trump can be seen chatting and joking with Epstein during a party at his Mar-a-Lago resort in archive video. The pair are admiring a group of young women in footage unearthed by NBC News and dating to 1992.

Mr. Trump is seen to lean towards Epstein and apparently says: “Look at her, back there. … She’s hot”. Shortly afterwards, a second comment from Mr Trump prompts Epstein to double over with laughter.

“I’ve known Jeff for fifteen years. Terrific guy,” the now president, told New York magazine in 2002. “He’s a lot of fun to be with. It is even said that he likes beautiful women as much as I do, and many of them are on the younger side. No doubt about it – Jeffrey enjoys his social life.”

The news of Epstein’s death comes as Prince Andrew was accused in newly released legal documents of groping a young woman’s breast at Epstein’s home.  The allegation surfaced in a cache of legal papers unsealed by a US judge in a defamation case involving Ghislaine Maxwell – a British socialite alleged to have supplied Epstein and his well-off social circle with underage girls.

Virginia Giuffre, an alleged victim of Epstein who also claimed she was forced into a sexual encounter with Prince Andrew, sued Ms. Maxwell in 2015.  In the legal documents, released on Friday, Johanna Sjoberg, another alleged Epstein victim, said Prince Andrew touched her breast while sitting on a couch inside Epstein’s Manhattan flat in 2001. Buckingham Palace has insisted the allegations about the Duke of York are “categorically untrue”.

Epstein was facing fresh charges of sex trafficking and conspiracy and was due to potentially stand trial next year. The new charges laid against Epstein concern trafficking allegations involving dozens of minors from 2002 to 2005 allegedly carried out in Florida and New York. Epstein’s lawyers said they should be wiped as the new legal action backtracks on a plea agreement which saw him admit his 2008 charge in return for immunity from future allegations.

Epstein had previously been relocated to a suicide-watch unit after being found unconscious in his jail cell with marks on his neck on 23 July – a week after his bail request was rejected.

Related Content:  Expert: Your Huduma Number Data Is Not Safe With The Government

Kenya Insights allows guest blogging, if you want to be published on Kenya’s most authoritative and accurate blog, have an expose, news, story angles, human interest stories, drop us an email on tips.kenyainsights@gmail.com or via Telegram
Related Topics:Jeffery Epstein
Up Next