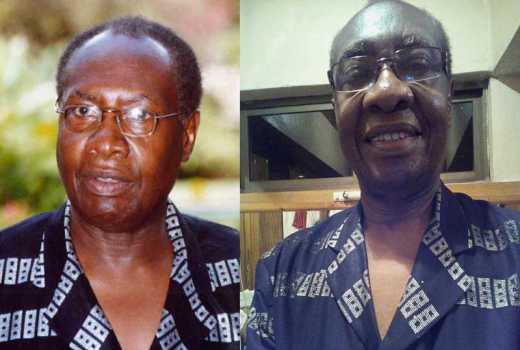 Foreign Affairs Assistant Minister Dr. Hezron Manduku has passed on at Nairobi Hospital the family has confirmed. According to the family, Dr. Manduku died on Saturday at around 9 pm after a long illness.

Manduku served as Nyaribari Masaba MP for two terms and was first elected to parliament in 1992 after edging out Prof Sam Ongeri. He lost the seat to Ongeri and later on, in 2002 he vied and recaptured the seat.

The late was then appointed an assistant minister of Foreign Affairs. As a Doctor, the late  Manduku has worked at Kenyatta National Hospital, Kakamega Hospital, Meru among others. During his time in 1975, he established his private hospital in Kisii; Hema Hospital. The 79-year-old Medical Surgeon has left behind a widow and children including Dr. Robert Manduku who resigned from Kisii County Government to manage the family hospital.

The family of the retired President Moi has eulogized Dr. Manduku alias One Mutumba shirt Man

Kenya Insights allows guest blogging, if you want to be published on Kenya’s most authoritative and accurate blog, have an expose, news, story angles, human interest stories, drop us an email on tips.kenyainsights@gmail.com or via Telegram
Related Content:  Ndenderu MCA Solomon Kinuthia Charged In Kiambu Court Over Assault
Related Topics:Hezron Manduku
Up Next

US Billionaire Jeffery Epstein Commits Suicide In His Manhattan Cell