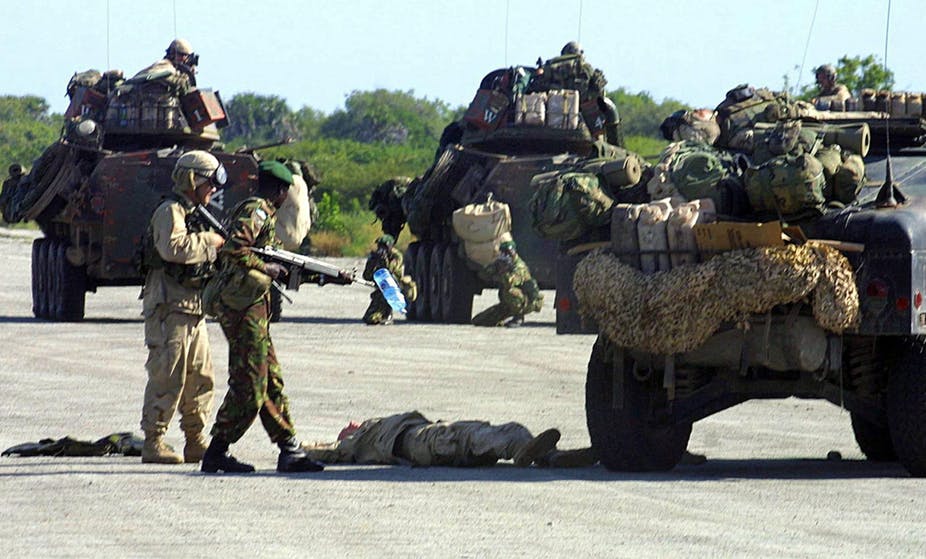 The United States Army has heavily condemned the actions of the Kenya Defense Forces during the recent Al Shabaab assault at Manda Bay on January 5th.

According to the New York Times, Kenyan soldiers hid in the grass during the attack  by about twelve members of the extremist Islamic group Al Shabaab that left three Americans dead -One American service member and two contractors.

“Many of the local Kenyan forces, assigned to defend the base, hid in the grass while other American troops and support staff were corralled into tents, with little protection, to wait out the battle,” The paper reports. “The performance of the Kenyan security forces during and after the battle frustrated American officials. At one point, the Kenyans announced that they had captured six of the attackers, but they all turned out to be bystanders and were released.”

The Al Shabaab fighters destroyed an American surveillance plane during takeoff and were involved in an hours long gunfight with American and local forces.

The US based newspaper also reports that “lack of intelligence, along with Manda Bay’s reputation as a quiet and unchallenged locale” facilitated the attack on the base. Further, the article insinuates the terrorists may have been assisted by Kenyan workers at the camp. “Investigators are looking at the possibility the attackers had help from Kenyan staff on the base.”

US officials said five Al Shabaab fighters were killed while several others fled back into Somalia.

Kenya Insights allows guest blogging, if you want to be published on Kenya’s most authoritative and accurate blog, have an expose, news, story angles, human interest stories, drop us an email on tips.kenyainsights@gmail.com or via Telegram
Related Content:  Any Attack By Iran Will Be Met With An Attack ‘1,000 Times Greater In Magnitude’, Says Trump
Related Topics:
Up Next