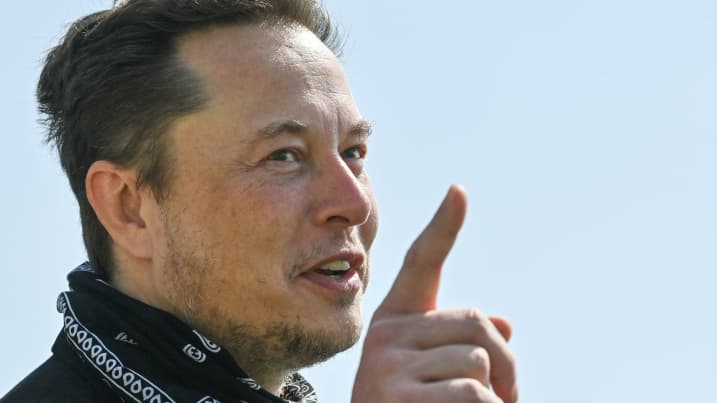 Twitter has spoken after Elon Musk polled his more than 62 million followers on whether he should sell 10 percent of his Tesla shares, by Sunday a majority had voted “yes.”

“I was prepared to accept either outcome,” said Musk, who regularly takes to Twitter to make unexpected announcements or surprising comments. He did not specify when or how he plans to sell the shares.

The electric car maker’s query on Saturday night follows a proposal by US Congressional Democrats to tax the super wealthy more heavily by targeting stocks, which are usually only taxed when sold.

Musk had already criticized the proposal at the end of October, tweeting: “Eventually, they run out of other people’s money and then they come for you.”

He broached the topic again on Saturday, writing on Twitter: “Much is made lately of unrealized gains being a means of tax avoidance, so I propose selling 10% of my Tesla stock.”

He also shared a poll asking followers whether they agree “yes” or “no.”

By Sunday, 57.9 percent of those who voted had picked “yes.”

Musk owned about 17 percent of Tesla’s outstanding shares as of June 30, currently worth $208.37 billion, according to Bloomberg.

The entrepreneur was also awarded a large package of stock options and convertible shares as compensation.

By selling 10 percent of his shares, he could theoretically earn just under $21 billion.

Taking into account his stakes in his other companies, such as neurotechnology firm Neuralink and SpaceX, Musk is the world’s riches man in theory, with an estimated fortune of some $338 billion, according to Bloomberg.

“Note, I do not take a cash salary or bonus from anywhere,” Musk tweeted Saturday.

“I only have stock, thus the only way for me to pay taxes personally is to sell stock.”

I will abide by the results of this poll, whichever way it goes

No matter the results of the poll, Musk would have likely started selling millions of shares this quarter. The reason: a looming tax bill of more than $15 billion.

Musk was awarded options in 2012 as part of a compensation plan. Because he doesn’t take a salary or cash bonus, his wealth comes from stock awards and the gains in Tesla’s share price. The 2012 award was for 22.8 million shares at a strike price of $6.24 per share. Tesla shares closed at $1,222.09 on Friday, meaning his gain on the shares totals just under $28 billion.

The company has also recently disclosed that Musk has taken out loans using his shares as collateral, and with the sales, Musk may want to repay some of those loan obligations.

The options expire in August of next year. Yet in order to exercise them, Musk has to pay the income tax on the gain. Since the options are taxed as an employee benefit or compensation, they will be taxed at top ordinary-income levels, or 37% plus the 3.8% net investment tax. He will also have to pay the 13.3% top tax rate in California since the options were granted and mostly earned while he was a California tax resident.

Combined, the state and federal tax rate will be 54.1%. So the total tax bill on his options, at the current price, would be $15 billion.

Musk hasn’t confirmed the size of the tax bill. But he tweeted: “Note, I do not take a cash salary or bonus from anywhere. I only have stock, thus the only way for me to pay taxes personally is to sell stock.”

Since CEOs have limited windows in which to sell stock, and Musk would likely want to stagger the sales over at least two quarters, analysts and tax experts have been expecting Musk to start selling in the fourth quarter of 2021.

At an appearance at the Code conference in September, Musk said: “I have a bunch of options that are expiring early next year, so … a huge block of options will sell in Q4 — because I have to or they’ll expire.”

Musk, of course, could also borrow more against his Tesla shares, which now total over $200 billion. Yet he has already pledged 92 million shares to lenders for cash borrowing. When asked at the Code conference about borrowing against such volatile shares, he said, “Stocks don’t always go up, they also go down.”

Musk is still racking up options beyond those granted via Tesla’s 2012 pay package. In March 2018, Tesla’s board of directors granted him an unprecedented “CEO Performance Award” consisting of 101.3 million stock options (adjusted for the 5-for-1 stock split in 2020) in 12 milestone-based tranches.

Kenya Insights allows guest blogging, if you want to be published on Kenya’s most authoritative and accurate blog, have an expose, news TIPS, story angles, human interest stories, drop us an email on [email protected] or via Telegram
Related Content:  How Paint Makers Colluded to Fix Prices
Related Topics:
Up Next