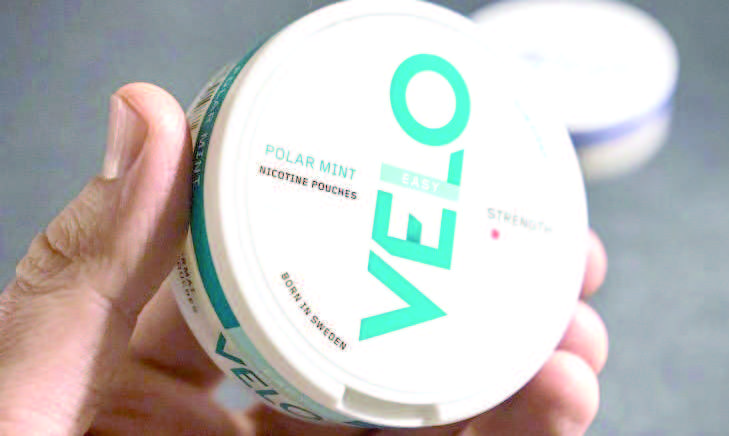 Lyft, a tobacco product that was banned by the government in October 2020, is back in the market under the brand name Velo, a new report released on Wednesday reveals.Anti-tobacco advocates are wondering how this could be possible, yet its circulation and sale is restricted under the Kenya Tobacco Control Act. While accusing the tobacco industry in Kenya of constant interference, they want the Ministry of Health to urgently revisit the regulations.“We have uncovered serious violations of the Kenya Tobacco Control Act in the introduction, promotion and continued sale of the highly-addictive nicotine pouches in Kenya,” the authors of the report drawn from Consumer Information Network (CIN), the Kenya Tobacco Control Alliance (KETCA), and the International Institute for Legislative Affairs (IILA) said during a press conference.Utter contemptStopping Tobacco Organizations and Products (STOP), a global Tobacco Industry Watchdog supported the study.The pouches were introduced in Kenya in July 2019 under the brand name Lyft, but were stopped by the Health Cabinet Secretary, Mutahi Kagwe in October 2020 because they were illegally registered by the Pharmacy and Poisons Board as a pharmaceutical product.“As per the Ministry of Health’s directive, nicotine pouches remain illegal in Kenya unless they fully comply with the Tobacco Control Act just like other tobacco products on the market,” the study further notes.However, the report shows the Kenyan market is now littered with nicotine pouches under the brand name Velo ‘in utter contempt of the Ministry of Health’s public health directive and in violation of the Tobacco Control Act.’ “The report recommends improved enforcement of bans or regulatory mechanisms by the relevant regulators. It has been noted that there has been a rise in availability of pouches in the market via the brand name Velo which despite noncompliance with the ministry’s directive has been found to be sold,” the study report indicates. Titled: Assessment Report on the Tobacco Industry Interference with the Regulation of Novel Tobacco Products in Kenya, the study couldn’t quantify the magnitude of these products in the market, however, it notes that since it is a public health issue, the law enforcement agencies should move swiftly and address the matter.The tobacco industry has however supported the introduction of nicotine pouches in Kenya arguing that these products are less harmful than other conventional tobacco products such as cigarettes and that they would help to wean tobacco addicts as part of Harm Reduction Therapy (HRT).Health effects“However, there is little or no independent research to support these claims by the manufacturers,” Joel Gitali, chairman of KETCA said.He argued that as the report shows, the interference by the tobacco industry is huge whereas there are regulations that need to be adhered to.“Simply this is impunity. Lyft was registered illegally and the CS declared it illegal but those who registered it continue to connive and find ways of going around the law to have them sold to our young people,” he added.Gitali further added that the CS should bear in mind that he has no legal mandate to change the regulations, if at all the industry has managed to pocket him.Users have confirmed various documented health effects such as headaches, nausea, sore mouth, gum irritation and disease, dizziness, increased risk of relapse to tobacco products and nicotine addiction. “Nicotine as the primary constituent in nicotine pouches has been proven to have various adverse effects on human health,” said Samuel Ochieng, CIN Executive Director.

Related Content:  Struggling Fly 540 Lands In More Trouble With Kenyan Authorities
Kenya Insights allows guest blogging, if you want to be published on Kenya’s most authoritative and accurate blog, have an expose, news TIPS, story angles, human interest stories, drop us an email on [email protected] or via Telegram
Related Topics:
Up Next

UBA Kenya At The Center Of Another Sh400M Money Laundering Scandal