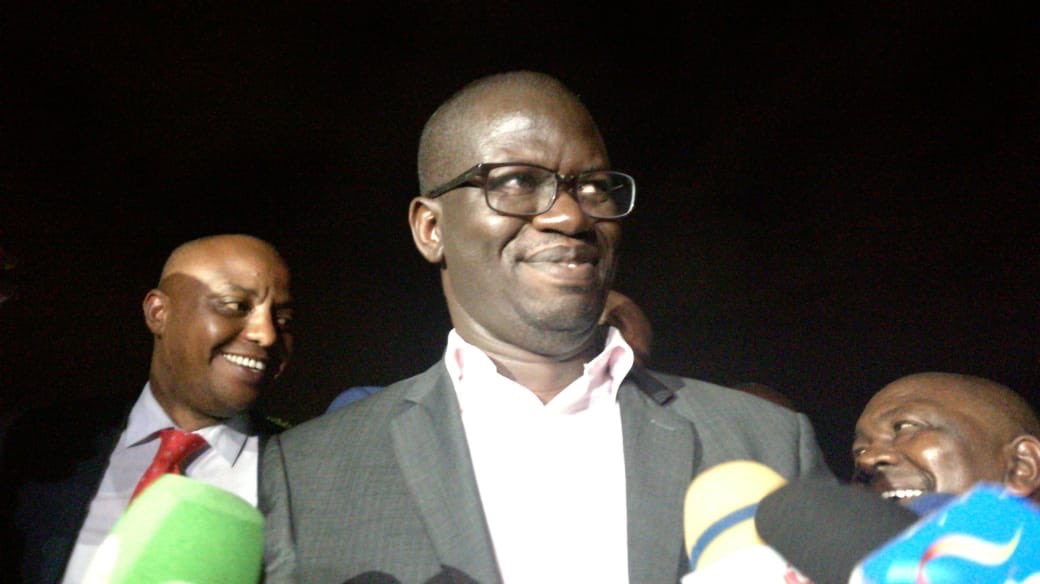 Following a contested postmortem that had to have his wife and murder suspect Sarah Wairimu involved, the autopsy held at Chiromo mortuary by three pathologists is finally over. This was after Nairobi High Court allowed Sarah Wairimu Cohen to be present at the postmortem of her late husband.

Following the directive, the accused who is currently remanded at Langata Women’s Prison, was taken to Chiromo mortuary to witness exercise. Justice Stella Mutuku made the ruling on Wednesday morning. 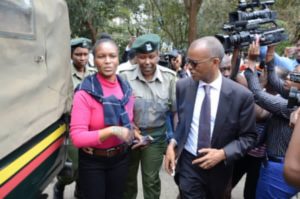 Wairimu arriving at Chiromo with her lawyer Murgor for the postmortem.

Her lawyer Philip Murgor maintains that Wairimu is the only one who can substantively identify the body.

Lawyer Cliff Ombeta who is representing Cohen’s sister Gabrielle, noted that X-ray imaging has already been done and the results will be presented on Wednesday.

However, the results of the autopsy presided over  over by Chief Government Pathologist Johansen Oduor couldn’t be made public following a court order that prevents investigations being discussed in public to the media.

Speaking at the Chiromo Mortuary, Dr Oduor, who represented the State, said he and two other pathologists, representing Cohen’s family and his widow Sarah Wairimu respectively, won’t disclose details of the findings because “the court has barred us from speaking to the public about details of Cohen’s murder case”.

“We had so many findings in the body, details of which we are unable to release right now because there is an existing court order which bar us from talking about details of the case,” said Dr Oduor.

Dr Andrew Gachi, who represents Sarah Wairimu, said besides the autopsy, other tests will be conducted on Cohen’s body in order to assist detectives in their investigations.

“We understand what the law says: that details of any investigation must not be discussed in public. We want to respect our courts, and, therefore, we leave it at that for the day,” said Dr Gachi.

“The reports will be sent to the concerned people or authorities. We need to do toxicology, DNA tests, histology… There are several tests that still need to be done,” added Dr Gachi.

Dr Emily Rogena, who represented Cohen’s family, said preliminary test results showed that the body belonged to the late 71-year-old businessman, though more tests will be conducted to ascertain the body’s identity.

“We are still waiting for the final confirmation, the DNA test. But, so far, we all are in agreement that the body is that of Tob Cohen,” said Dr Rogena.

Tob Cohen went missing in 20th July only for his body to be found in a septic tank.

The planned post mortem exercise on the body of Dutch National Tob Cohen to establish the cause of his death had been scheduled for Tuesday but far to be canceled and postponed to today  (Wednesday) following disagreements among parties in the case.

Sarah Wairimu’s lawyers are said to have objected having government pathologist Dr Peter Ndegwa preside over the process.

They claimed he may be biased or prejudiced because he visited the alleged scene where Cohen’s body was found and made some comments there.

Dr Ndegwa confirmed he was not comfortable with the remarks he made at the alleged scene where the body was found. While at the scene, Dr Ndegwa is said to have stated that Cohen’s hands were tied to the back and there were indications of torture.

Dr Ndegwa said Chief government pathologist Dr Johansen Oduor who has been on leave had been recalled to come and preside over the event.