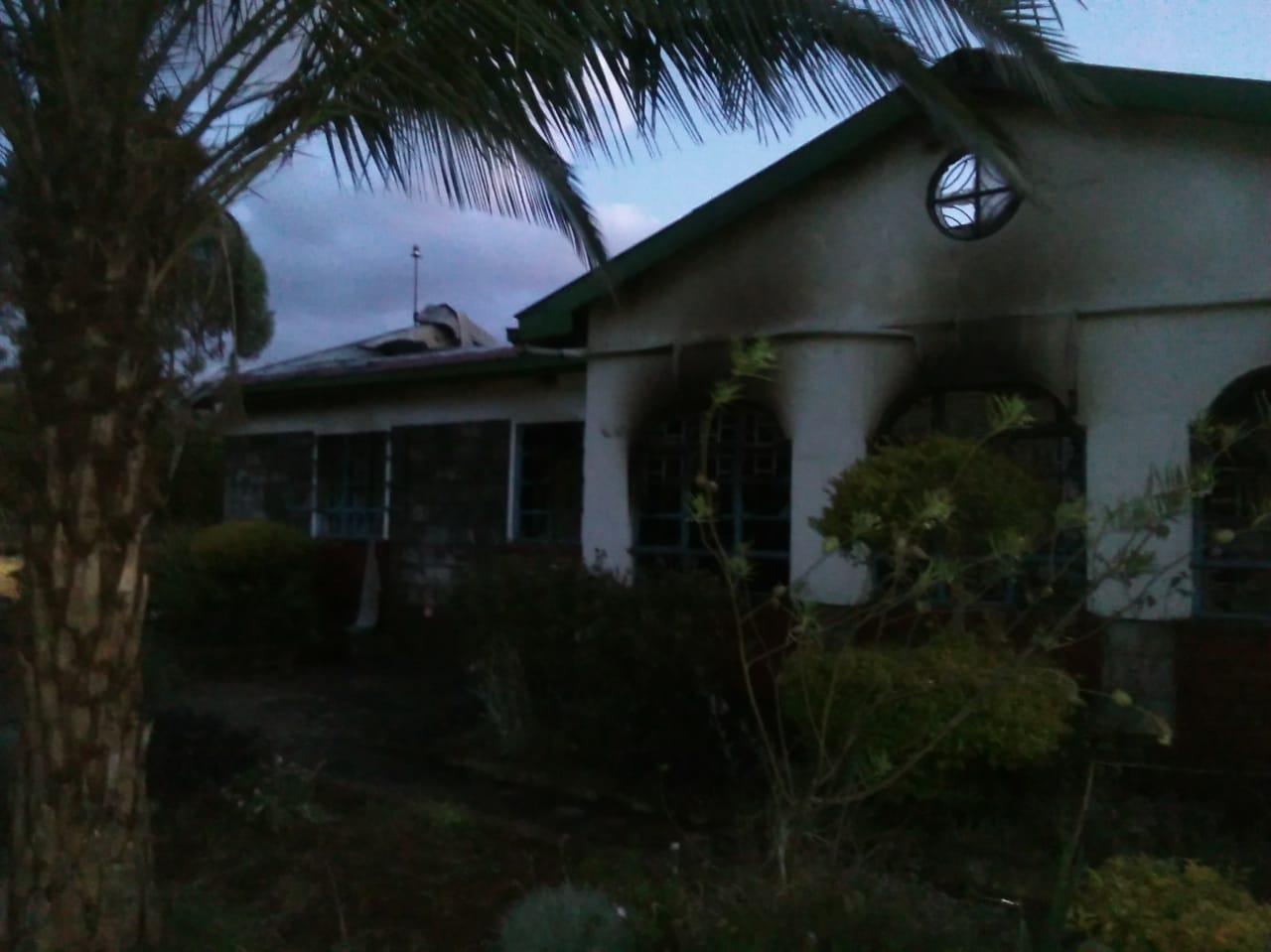 House to the widow.

I wish to bring to your attention a situation in Kikuyu Constituency Kerwa Location Kiambu County .
The case Involves a Widow Margaret, Her husband died an year ago.

The neighbor One Moses Antony Njehu Boro ( who is a politician and Former Kiambu KANU secretary general) started creating land conflict with an aim to force her out of the land in cahoot with unknown parties . They raised boundary issues , The lady Margaret, went out of her own way and cost and paid the district surveyor to come an arbitrate the boundary.

The Widow Margaret paid as a peace loving citizen soley paid the district surveyor costs 18,000 Kshs official receipt number 0043056 given by Land office Kiambu.. The District Survey office through the Area Chief Mr.Waithaka wrote official letters of Summon dated 28th September 2016 to all the affected neighbors including Mr.Antony Moses Njehu. (official letter reference ACS/KBU/LAR/Vol.1/159 to all affected persons) to attend the land boundary of which the parties consent and they attended./ At 4pm when all parties left, Moses and his Family moved in and destroyed all the put boundaries, they did not stop and on 6th November 2016, Mr. Antony Moses Njehu Boro and family continued with wanton destruction and Malicious damage of the remaining fence and boundaries belonging to the Widow Margaret.

The matter was reported to Kikuyu Police station and Antony was arrested and released on Bail.

Since his release he has been threatening the Lady and his family including grandsons that they stay with. The threats have been recorded in police Post at Kerwa and Kikuyu Police station, The area chief is aware.( see sample OB registered in the police about threats ) 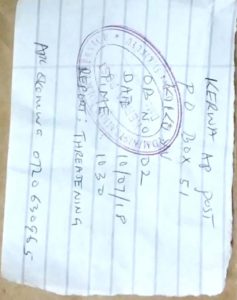 This Man Antony continued threatening to cause the lady and the Family harm, if they do not with draw the case. The officer handling the Case at Kikuyu Police started creating delays by file missing during hearing, calling the relatives of the Lady and his Son with an aim to coerce them. Since 2016, the matter is still pending for hearing in Kikuyu Law court and every time the file is not available

They raised the issues to IPOA and recorded as IPOA/CMU/001451-2018 . further to that they did launch a complain on the matter to DCI via their twitter as a DM .

Fast forward : Today 9th September, Margaret retirement house and all her documents was razed down while she was in church ( see attached photos).

Such are the matters that warrant social justice and she need justice . Her life is in danger as the police are suspected to be working with the man and his agents.

Governor Obado Wanted Sharon Otieno To Abort Her Baby But She Refused, Sonko Reveals As He Uncovers Details Of The Cold Murder