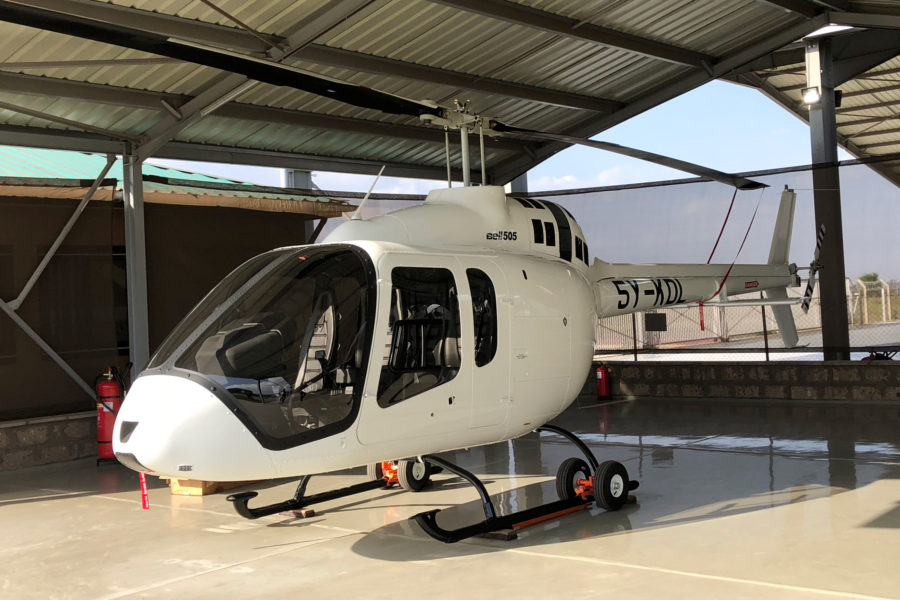 The Bell 505 Helicopter, It becomes the first to be delivered in Africa.

Africair, has delivered a Bell 505 helicopter to KIDL Helicopters Operations in Kenya, Bell announced on 5 September.

The delivery marks the introduction of the first Bell 505 helicopter to a customer in Africa.

Kwae Island Development Limited (KIDL) allegedly  operates the choppers on behalf of DP Ruto including the controversial helicopter registration 5Y-DSN whose pilot assaulted a police officer years back and was used for country side Jubilee campaigns. The planes were also allegedly chartered to KPLC, KPC and energy ministry in a nutshell. 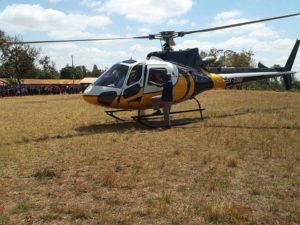 Interestingly, KIDL got the air ambulance contract for NHIF despite not having the capacity to deliver the job prompting an outsourcing deal with Amref to assist in far flung areas. The awarding of the contract was challenged with the board.

Ruto who’s wealth and sources has been of questioning, recently denied owning any chopper claiming the one he uses is borrowed from Moses Kuria a claim that many laughed off as a lie. The DP has invested heavily in hospitality industry and real estate. He’s remained a center of focus in the anti corruption purge with many calling for a lifestyle audit to determine the truth on his rapidly acquired big empire.

Kenya Insights allows guest blogging, if you want to be published on Kenya’s most authoritative and accurate blog, have an expose, news TIPS, story angles, human interest stories, drop us an email on [email protected] or via Telegram
Related Content:  Joash Ombati The Brave Police Officer Who Took On Two Thugs And Recovered Sh400,000 Feted
Related Topics:
Up Next