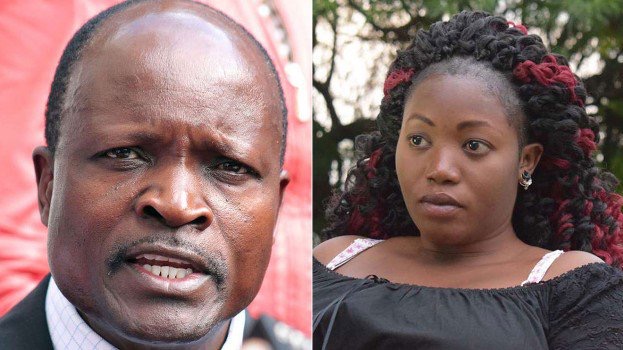 As the country continues to find to realities of the coldest murder in the country of Sharon Otieno who was 7 months pregnant, more details continue to trickle in going to prove how much gruesome her death was.

According to the government’s pathologist , Sharon Otieno died  as a result of overbleeding and was stabbed 8 times. 3 times at the back of the neck,  4 back, 1 left side of the stomach.  She also had strangulation marks on her neck.  Her abdomen  was stabbed from the back to the front that’s how the baby in her womb died.

Migori Governor Obado remains the prime person of interest as homicide experts dispatched from Nairobi by DCI embarks on extreme investigations. Sharon was seven months expectant and allegedly the governor was the father. It’s now emerging that Obado had demanded that the lady abort the pregnancy but had refused pushing her to consider blowing it all up on the media and that’s how NMG’s Barack Oduor came in.

Known for not holding back, Nairobi’s Governor has sensationally linked his Migori counterpart into the gruesome murder. Sonko alleged that Obado was responsible for the death of Sharon who was pregnant with his baby and instructed her to abort and that’s how it came into play.

Sonko went ahead to condemn Obado for not having used the condom to avoid impregnating. The governor has been lined for questioning by the DCI homicide unit. Apparently, Governor had sent his PA who’s in custody to handle the case that the journalist had brought up.

Sonko remarked that Governor Obado should be prosecuted for the murder in a claim that most people will agree with.

Living A Lavish Life, Murdered Rongo University Student Sharon Otieno Was Pregnant With Migori Governor Obado’s Kid And Had An Affair With His Son