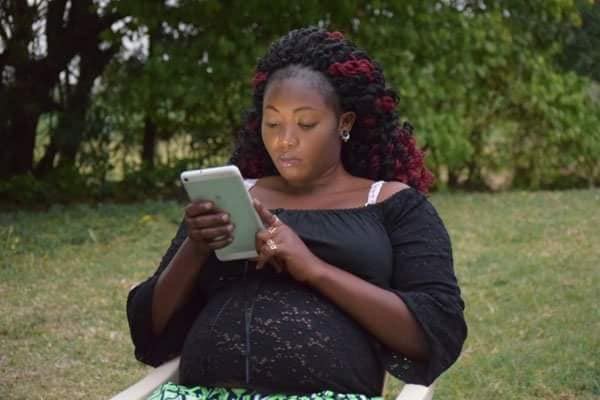 At 24, Sharon Otieno’s life has been ended by brutal hands of goons. While she should be enjoying her youthful days, the Rongo university medical records student is no more. Sharon was Governor Okoth Obado’s clande for a long time. As a matter of fact, peoole close to the Governor inform me that she used to accompany him on foreign trips abroad -and on taxpayer’s money. A third-year student at Rongo University College, and with lots of money coming in from Governor Obado, Sharon immersed herself into the glamorous life.

The murdered Migori lass, Sharon Otieno of Rongo University, apparently entertained both her governor, Okoth Obado, and his promiscuous son, Dan Totto, as lovers. The wife-mother, Hellen Odie, wasn’t amused by the revelations and accused Michael Oyamo, the arrested PA, of pimping for her husband, who was severally accompanied by the girl on foreign and local trips. Totto took over when the Old Man was tied up in the county, where he couldn’t visit a hotel alone. Obado is married to two wives who apparently, are sisters. The governor is said to have insatiable appetite for women.

Sharon contacted Barrack Oduor, a Nation Media Group Correspondent based in Homabay to tell her story and how the governor has refused to take responsibility. Like most of escapists, the governor allegedly refused to take responsibility accusing the young lady of being promiscuous, he refused being the father. Sharon told her story and Barrack called the Governor’s office asking for a response -and an adequate response they received. The Governor promised  to send his PA Michael Oyamo to clear the air.

Oyamo met Sharon and Barrack at Graca Hotel in Rongo but he insisted  that they change the venue of the meeting and move to Homa-Bay. The two got into a waiting car whose occupants are Oyamo and a driver. They drive for a few minutes and stop at Ndege Oriedo. Two men jump into the backseat and sandwich Sharon and Barrack. At this point, Oyamo calmly gets out of the car which then speeds off.

Fast forward, Barrack Oduor managed to wrestle the assailants and got out of the moving car -sustaining serious injuries in the process. Sharon’s body was found dumped in Kodera Forest yesterday night. She was seven months pregnant. Michael Oyamo was arrested at JKIA as he tried to leave the country for Rwanda together with Okoth Obado. It is alleged that he already confessed to working under express orders from Obado.

If there are two people who should be put under witness protection immediately, they are Michael Oyamo and Barrack Oduor. If they are taken out, the crucial link between Obado and murder is gone.

A look into her social media pages, Sharon lived an above average life for a typical college girl and given her humble background word from her friends. Vacations, hotel life, the lady seemingly traveled and lived a lavish life from a face value. This could be attributed to her affair with the monied governor who’s also on EACC radar for his overnight acquired wealth as the governor.

Cross generational and transactional sex has become rampant and popular amongst young girls especially those in campus who’ve become easy prey for older men who spoil them with money. High HIV infections amongst youths has been attributed to this arrangement that has now been normalized.

Related Content:  UN In A Cash Crisis And Now Cutting Down On Costs

DCI Kinoti has despatched a team of homicide detectives to Migori to handle the case of Sharon and we hope they leave no leaf unturned. It’s still fresh in mind the case of another university study, Mercy Keino, the Nairobi university student whose murder was linked to William Kabogo the ex governor of Kiambu.

Garissa Governor Ali Korane is also in radar over botched assassination of his finance executive Muktar, a twisted case that has had the key witness, hired killer David Mwai murdered in police custody. The picture painted of killer Governors is nothing to be proud about. Regardless of the circumstances, killing Sharon and taking away the life of the unborn is cruelty and evil of high scale that isn’t excusable. The police must ensure justice is served by getting all killers including the governor on concrete linking be brought to book. This must not remain a statistic.

Governor Obado Wanted Sharon Otieno To Abort Her Baby But She Refused, Sonko Reveals As He Uncovers Details Of The Cold Murder