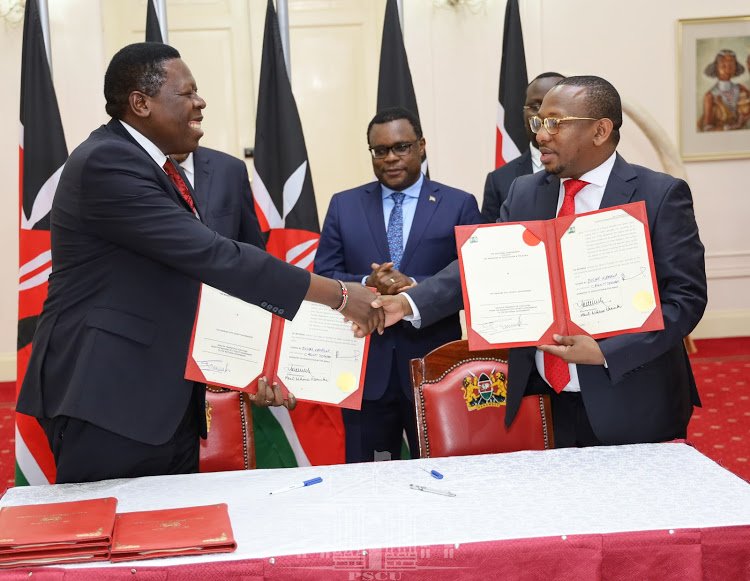 Governor and his co-accused faced 19 charges of corruption, abuse of office and irregular payments that saw the county lose Sh357 million.

Count 2: The governor is accused of conflict of interest. Sonko is accused of knowingly receiving Sh1 million from Web Tribe Limited, the parent company of JamboPay, through ROG Security Limited. The money is said to have been received on or about January 19 through Equity Bank Limited, Nyali branch.

Count 3: The governor is accused of knowingly receiving another Sh1 million from Web Tribe through ROG, through Equity Bank, Kenyatta Avenue branch.

Count 5: The county boss is accused of knowingly receiving Sh1 million from Fredrick Odhiambo alias Fred Oyugi of Yiro Enterprises through ROG on December 27, 2018. The cash was received through Equity Bank’s Four Ways branch. According to the charge sheet, the county hired unspecified “heavy equipment” from Yiro.

Count 6: The county boss is accused of receiving Sh1 million from Yiro through ROG on December 27, 2018. The cash was deposited into his account at Equity’s Nyali branch.

Count 7: Sonko is accused of knowingly receiving Sh1 million from Mr Odhiambo through ROG on December 28, 2018. The prosecution says the cash was received through Equity Bank’s Kwale branch.

Count 8: Sonko is accused of receiving Sh1 million from Yiro through Equity’s Nyali branch on December 28, 2018. The alleged irregular payments were a facility by ROG.

Count 9: The governor allegedly received Sh1 million from Mr Odhiambo through ROG on December 27, 2018. The money was deposited into his account at Equity’s Kenyatta Avenue branch.

Count 10: Sonko is accused of unlawfully receiving Sh400,000 from Mr Odhiambo on December 28, 2018 through Equity’s Kenyatta Avenue branch. The payments were facilitated by ROG.

Count 11: The governor is accused of pocketing Sh1 million from Mr Odhiambo and Yiro through ROG on December 28, 2018. The illegal payments were done through Equity’s Kenyatta Avenue branch.

Count 13: The governor is accused of receiving proceeds of crime – Sh3 million – from Web Tribe – on or about January 19 at Equity Bank.

Sonko denied all these charges and secured his release after paying a cash bail of Sh15 million. The High Court in Nairobi had granted him a Sh15 million cash bail or an alternative bond of Sh30 million with a surety of a similar amount. Court also barred Sonko from accessing his office and commenting on the case on social media as were the directorates of public prosecutions and criminal investigations and the Ethics and Anti-Corruption Commission. And being that he had no Deputy, the Magistrate ruled that if need be, he can be escorted by the investigating officer or any other authorised officer.

Recalling back on 8th Nov, 2017 when President Uhuru Kenyatta in his Harambee House chaired a meeting aimed at ‘Regeneration of Nairobi.’ 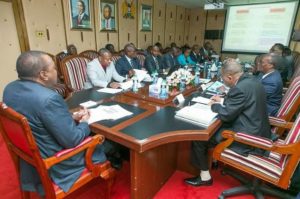 “The programme is between the national government and the County Government of Nairobi, and will cost billions of shillings, focuses on key economic and social sectors. It is expected to significantly improve the livelihoods of Nairobi residents.” Said PSCU on a statement . The Nairobi team was led by Governor Mike Mbuvi Sonko, former Deputy Governor Polycarp Igathe and the then nominee for County Secretary Peter Kariuki.

The meeting agreed that in the next four weeks all relevant state departments and city county departments realign their procurement plans to ensure relevant allocations are available for the implementation of the programme and what turned out to be 2 years for the implementation to come to pass evidently at a time when the Governor is facing Corruption charges, barred from office and facing impeachment motion in the County assembly. Your assumption is as good as mine. If he had no graft cases, he would have not handed over and he would have had a deputy Governor by now. The deep state power ready to save him from his ouster by advising him to do the handing over. 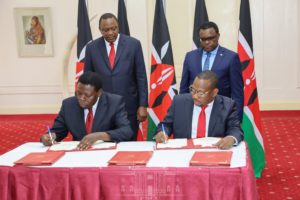 Yesterday Tuesday 25 Feb, 2020 In a historic but not a surprise to me, land mark agreement signed at State House where Governor Mike Mbuvi Sonko and Devolution Cabinet Secretary Eugene Wamalwa in concurrence with H.E President Uhuru Kenyatta, signed an agreement, officially handing over functions of the Nairobi County Government to the National Government, pursuant to Article 187 of the Constitution.

The signing of the agreement was also witnessed by the Speaker of the Senate, Hon. Kenneth Lusaka and the Attorney General Paul Kihara.

The National Government therefore, will take over the following functions of the Nairobi County Government:

“This will ensure Nairobi residents receive services efficiently. The move comes as a breakthrough in the running of county services that had ground to a halt.” State House spokesperson Kanze Dena-Mararo. 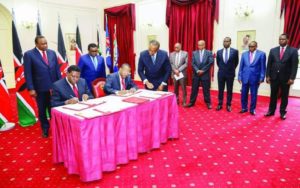 A move that has been gazetted. 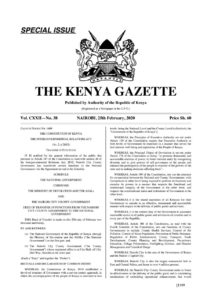 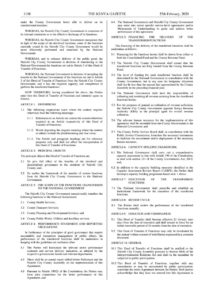 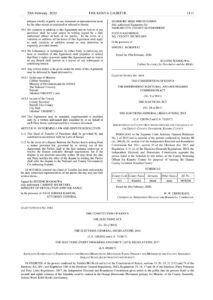 Kenya Insights allows guest blogging, if you want to be published on Kenya’s most authoritative and accurate blog, have an expose, news TIPS, story angles, human interest stories, drop us an email on [email protected] or via Telegram
Related Topics:Mike SonkoNairobi CountyUhuru Kenyatta
Up Next

Mutahi Ngunyi: William Ruto Will Not Become President In 2022