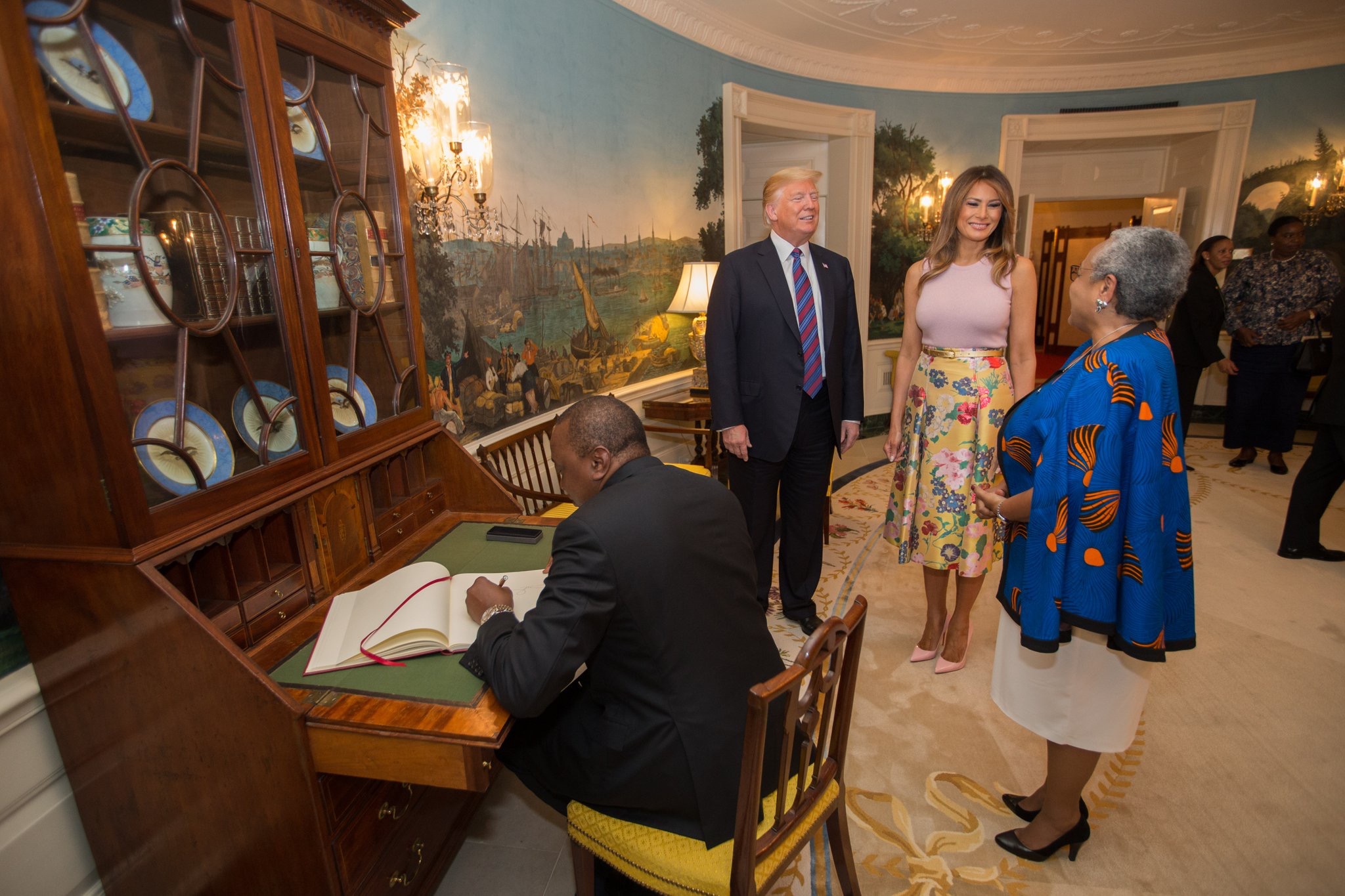 The meeting was hosted by the Business Council for International Understanding and focused on the opportunities for expanding trade and investment between the United States and Kenya.

“Kenya is open for business, and all we want to do is package our partnership in a way that it is mutually beneficial to you as a private sector and the people of Kenya,” President Kenyatta said during the meeting.

Secretary Ross underscored the value of partnering with American companies and the United States Government by saying, “When you do business with American companies, you start a virtuous cycle of success on both sides of the Atlantic. You can be assured that there are no back-door deals, and no shady financing. The U.S. government is supporting U.S. companies as they seek to expand their engagements with your country. You have a true partner in the United States.”

The $850 million in deals and engagements announced includes the intention of the U.S. Government and Government of Kenya to collaborate on a $500 million project to develop a nationwide integrated digital information and communications technology infrastructure for the Government of Kenya. The collaboration will involve engaging and supporting American companies to provide the project solutions. This will be the first project for intended collaboration under the auspices of the new Kenya-U.S. Memorandum of Understanding (MOU) to focus joint efforts by the governments on developing infrastructure and priority projects to support President Kenyatta’s “Big Four” development agenda. The MOU was signed during the June 2018 visit to Kenya of members of the U.S. President’s Advisory Council on Doing Business in Africa (PAC-DBIA), which was led by Under Secretary of Commerce for International Trade Gilbert Kaplan.

Combined with the announcement that Kenya Airways will soon launch non-stop direct flights between Nairobi and New York City, the commercial successes announced today build on the enhanced commercial engagement between the United States and Kenya that was ushered in via the June 2018 PAC-DBIA visit to Kenya. With the signing of $100 million in deals and the new Kenya-U.S. MOU during that trip, Secretary Ross referred to it as “a clear signal of our commitment to being a strong, long-term, and stable partner in Kenya’s economic development,” a signal that has been amplified via President Kenyatta’s visit to the United States.