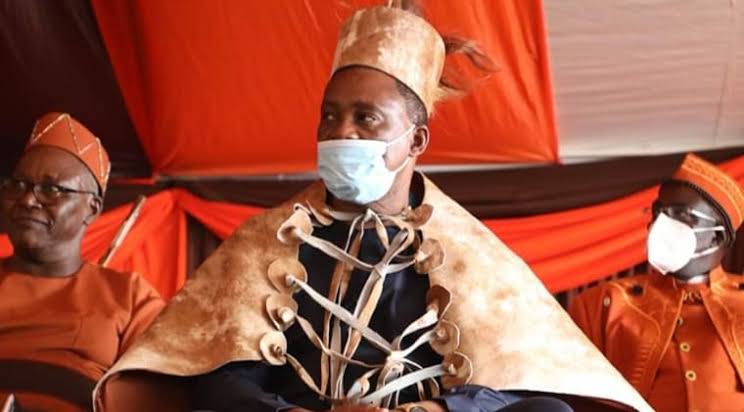 The unflipped side of the same coin has shown rust and dirt. History and darkest moments unknown to many is getting flipped on here once again.

Once upon a time in the 70s-80s-90s, current National Assembly Speaker – constitutionally 3rd in command of Kenya after President and his Deputy was once a Margistrate in the Judiciary. Muturi started off as a district Magistrate to a senior resident Magistrate in Nairobi before legal relationship turned to sour situationship.

It was the accusation of him soliciting 1 million bribe from Masaba Hospital founder Dr Geoffrey Joel Momanyi  to sort out a criminal case they faced before him 24years ago ruined his legal career.

Late Dr Momanyi and his late wife Fellgona Akothe Momanyi challenged him in a Nairobi court and by the time the court acquitted Muturi in the late 1997, his decades-long career was over as The Judicial Service Commission (JSC) did not reinstate him forcing him to venture into business and elective politics.

The Genesis was when NHIF had lost about Sh2 billion to fraudsters and Dr Momanyi and his wife were arraigned before Magistrate Muturi on July 28, 1995 as key suspects on charges of defrauding the National Hospital Insurance Fund (NHIF) Sh347,000.

The couple allegedly recorded Muturi on a tape negotiating the deal which they presented as evidence to the Nairobi court Senior Principal Magistrate Uniter Kidullah.

Muturi, represented by the late SK Ndungi and Onyango Otieno obviously pleaded not guilty that on different days between August 1996 and 1997 that he corruptly solicited for the said amount as an inducement to acquit or assist the accused couple in the criminal case No. 2782/95 which they faced.

Related Content:  Call Into Action For DPP To Revive Case And Arrest Stephen Githaiga The Fraud TARDA Boss Who Falsified His Birth Dates To Extend Term In Office

He was released on a Sh300, 000 bail and was ordered to deposit his passport in court and other travel documents.

Muturi allegedly used his clerk Florence Ogutu to solicit bribes from the couple. The clerk testified that the couple had approached Muturi pleading to be assisted in the fraud charge and before another Magistrate Momanyi’s wife admitted that a tape recorded conversation was her and Muturi discussing the deal.

Muturi was then acquitted in 1997 but then prosecutor Senior Superintendent Jonathan Mwalili appealed against the ruling, but the matter did not proceed any further. A ruling that turns out to had been ‘early retirement package’

And on ground of public trust and integrity, JSC decided not to reinstate him even after pleading to be reinstated.

He then opted to start business but with interest in politics, he joined parliament through a by-election in 1999 occasioned by death of Siakago MP Cyrus Ita. He won the subsequent polls in 2002 but lost the 2007 and 2013 polls before he was elected Speaker of the Parliament after defeating then Speaker Kenneth Marende.

Apparently his political journey seems to be elevating after his recent controversial coronation by Mt. Kenya elders as the region spokesperson who will fit in the shoes of President Uhuru Kenyatta.

Despite all that political side shows, the question of his integrity I believe has now an obvious answer. The question whether he is puppet or not in his rulings in the house has been answered. He is on record.

On this, not even vocal SC Ahmednasir have spared him either on the matters of his integrity and respect for the rule of law.

If Speaker Muturi was an AVERAGE lawyer I would have taken his READING of the Constitution very Seriously…fortunately no one has EVER taken the FOOLISH risk of relying on his interpretation of the law…https://t.co/8CUdK9AxFJ via @dailynation

But in a quick rejoinder, Muturi asked Ahmednasir to stop being personal in everything.

“Stop being personal and be civil,” Muturi said.

Ahmednasir did not relent and instead continued to argue with the speaker openly.

“I am civil Sir…it is fair to state Sir as I have done that your tenure as Speaker Sir is defined by a total subversion of the constitution…” he said.

He continued “…that is your record Sir…that is your legacy Sir and Mr. Speaker Sir..you can never run away from that…Sir.”

“Sir, an office holder has the GREATEST regret when he is in the TWILIGHT of the tenure. You are not an exception Sir. JUSTIN, history has finally caught up with you. From 2013-2019 you have DESECRATED the constitution with GLEE, treated it as TRASH and FLUSHED it down the TOILET”