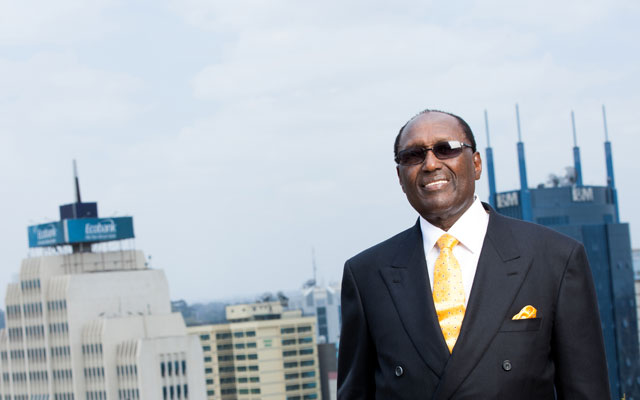 In 2012-2013 PAWA 254 was running a website called Mavulture. We used to publish stories of powerful crooks. We did a story on Chris Kirubi and he requested for a meeting through a mutual friend. When we met, he threatened me, he said “You know l won’t sue you but l can harm you”. We created so many enemies by the stories we published, received so many threats, and we decided to fold the website. No regrets. Kenyans mistake truth for hate and love those who steal from them. Here is that Chris Kirubi’s story:

Flamboyant entrepreneur’s successful streak in private business magnifies failures at Kenatco and Uchumi, raising suspicions of large-scale sabotage
To a generation of young Kenyans, Chris Kirubi is the quintessential self-made man: he is immensely wealthy and stylish, yet eschews the demeanour of a lady’s man stomping Kenya’s cocktail circuit with bevies of beauties in tow.

This picture-perfect perception is enhanced by Kirubi’s alter-ego, DJ CK, which he adopts on his Capital FM music blitz.

Kirubi’s growing stature in business was affirmed recently when he was ranked by the Forbes magazine as 31st richest and most influential man in Africa.

Forbes said Kirubi struck it rich by buying small dilapidated residential and commercial real estates in Nairobi which he renovated and disposed off at a profit.

This, the magazine went on, transformed his fortunes and made Kirubi a business mogul whose estimated worth is $300 million (Sh2.4b).
Kirubi’s empire includes Nairobi’s International House, a 49 per cent stake in Haco Tiger Industries, as well as substantial stake at equity firm Centum and UAP Insurance – one of Kenya’s largest insurance companies – and construction firm Sandvik East Africa.

He also owns the DHL franchise in Kenya, and Capital FM, one of Kenya’s most popular radio stations.

After his Forbes listing, Kirubi subsequently told Drum magazine that he really did not know how much he was worth as numbers did not bother him; he was more concerned with what money can do.
Such philosophical contemplations contradict the 70-year-old bachelor who struts around the city in Italian designer suits with girls young enough to be his grandchildren.

“They know me personally,” Kirubi says of his tailors, which is what every Kenyan would say of their tailor.

While quite a few would say they know Kirubi personally, much fewer know how he made his money – beyond the official narrative that implies he picked cash with the ease of a farmer harvesting mango from a tree.

That may be so, only that Kenyans do not know which specific tree he did the harvesting. What’s evident is that Kirubi’s big break came during his stint as manager with Kenya National Transport Company (Kenatco). This was a state parastatal established in the 1970s to offer logistical solutions to Kenya and the neighbouring countries of Uganda, Congo Sudan, Burundi and Rwanda.

Kenatco was, however, transformed into a smuggling network by a group of politically-connected individuals in President Jomo Kenyatta’s inner circle.

The period between 1975 and 1976 provided a peak in smuggling after coffee market prices were spiked by frost that affected Brazil coffee. Smuggling hit fever-pitch as Kenyans jostled for coffee beans in the region – with Kenatco transport network becoming the centrepiece of the illegal operations.
Kirubi is alleged to have emerged from Kenatco a millionaire although the reason that he attracted attention was not the alleged financial transformation but the foundering of the parastatal.

Kenatco was placed under receivership in February 1996, after it failed to service its loans and meet other financial obligations due to mismanagement. The genesis of its problems was a Sh22.4m loan it was advanced by Industrial and Commercial Development Corporation (ICDC), ironically, also owned by the State.

The loan was meant buy new vehicles to revitalise Kenatco’s fleet but by June 2008 the debt had skyrocketed to Sh368 million, despite the struggling company having paid back Sh26.3m. It was against this background that ICDC appointed a receiver manager to run the company.

Kenatco, which once held great promise, has now made history as the only state owned corporation which has been under receivership for a record 16 years, exposing it to plunder and mismanagement.
At one point, Parliament was told how some of its expensive Mercedes limousines were sold for a paltry Sh500. Kirubi was mentioned as one of the managers who had contributed in running down the company.

An outraged David Musila said Parliament in June 2006: “Kirubi has been bragging how rich he is. He was responsible for the collapse of Kenatco but nothing happened to him. He was indeed given Uchumi to manage which [has now] faced similar problems.”

Interestingly, Kirubi was to become a major shareholder of ICDC when the Government released some of its shareholding, indirectly placing him at the helm of Kenatco, a company whose collapse he had earlier been accused of overseeing.

Uchumi Supermarket’s journey to the dogs followed a similar route. It was incorporated as a private company on December 17, 1975. Upon its incorporation, 51.5 per cent of the stake went to the Government through 24.9 per cent shareholding by Industrial and Commercial Development Corporation Investment (ICDCI), Kenya Wine Agencies Ltd (KWAL) 18.8 per cent and ICDC, 7.8 per cent.

At the peak of its growth, Uchumi had 28 branches scattered across the country, employing more than 1,000 Kenyans. It became a public company in 1992 when it was listed at the Nairobi Stock Exchange.

When its fortunes dwindled despite the Government and the public injecting more revenue, Kirubi and 13 other senior employees of the supermarket were ultimately charged with defrauding the supermarket.

Like common criminals, Kirubi and others were charged before resident magistrate Stella Muketi on June 10, 2008.

They were accused of selling a piece of land on Aga Khan Walk in Nairobi belonging to Uchumi Supermarket at a paltry Sh147 million, although its true value was more than Sh400 million. Kirubi and others allegedly sold the land to Allgate Company.

After the sale, Uchumi supermarket was then forced to pay Sh1.7m monthly rent to the new landlord. Kirubi was further accused of breaching public trust during his tenure at Uchumi as board chairman.

Uchumi supermarket has since been revived by a team led by Jonathan Ciano although Kirubi has been struggling to clear his name over the Uchumi saga.

Kirubi’s private enterprise, however, continues to flourish, as he told the Drum magazine.

”If you are wondering in what ways Kirubi could possibly be a part of your life, they are many. Haco Tiger Industries give you cocoa butter in its many applicable glories. You write using Bic pen, use his bleach on your fabrics, rinse your clothes in his fabric softener before hanging them out to dry – using his pegs.

“You must have eaten his company’s rice, taken a mouthful of his oats, and shaved using his razors if you live in South Africa because, well, he is part of a company that is listed on the Jo’burg Stock Exchange that manufactures razors.”

One wishes Kirubi was as forthcoming about his journey to the top, and clarify whether the trail of failures in his public tour of duty were inadvertent mistakes that forged his business acumen, or deliberate sabotage calculated at lining the pockets of his Italian suits.

Kenya Insights allows guest blogging, if you want to be published on Kenya’s most authoritative and accurate blog, have an expose, news TIPS, story angles, human interest stories, drop us an email on [email protected] or via Telegram
Related Topics:Boniface MwangiChris KirubiKenatcoUchumi supermarket
Up Next