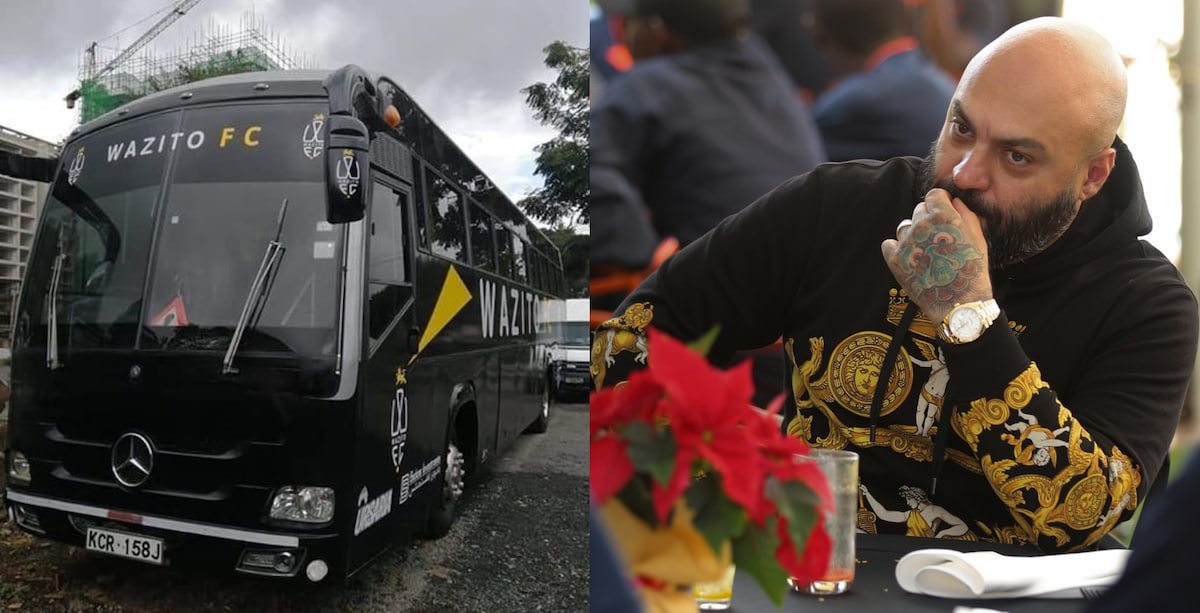 The Dutch-trained tactician was appointed by Wazito in November 2020 to become the seventh coach to handle the Ricardo Badoer-owned outfit in less than four years.

Once touted as the French moneybags in Paris-Saint Germain due to its financial prowess, things have not been rosy at the team lately with reports of unpaid salaries to players in recent months.

So dire is the financial situation at Wazito that after the Vihiga Bullets game, players have decided to boycott training session with others opting to leave the club during the mid-season transfer window, which  opened on January 9 and ends on February 15.

The boycott now puts the team’s weekend clash against struggling Nzoia Sugar in jeopardy since in the game against Bullets, coach Francis Kimanzi had only 16 players at his disposal.

Some of the players reported to have left the club are strikers Eric Gichimu, Maurice Ojwang’, Kenyan internationals Cliff Nyakeya, midfielder Kevin Kimani, Vincent Oburu among others.

Ojwang, who crossed to Wazito from record league  champions Gor Mahia two seasons ago said that he has been forced to relocate to his rural home in Kisumu because of being broke and unable to pay rent among other bills.

“I had no choice but to return to my home and engage in other activities as I look for another team. I couldn’t pay rent and meet my needs because I haven’t been paid for four months. It was a tough decision but I  rather stay here in the village and figure out how to survive,” said the 25-year-old defender.

“I’m looking for another team and if the opportunity comes my way, I will go and pick my release letter from Wazito. The problem is that the management has been giving us false promises week in week out,” he added.

He added that he left for the village empty handed and is yet to receive a penny from the club.

In its heyday, the club, owned by flashy businessman Ricardo Badoer flexed its financial muscles by luring talented and big names from all clubs in the competition including Gor Mahia and AFC Leopards.

Youth side gaffer Fred Ambani has taken over interimly as the team explores options of hiring a coach on permanent basis.

We can confirm that head coach Francis Kimanzi, his assistants Jeff Odongo and John Kamau, and the goalkeepers' coach Samuel Koko have left the club. we wish them well in their future endeavors.

The team lies in 16th place in the 18 table team with a paltry nine points from 13 games after going down 4-2 against relegation threatened Vihiga Bullets over the weekend.

The experienced tactician under who Kenya achieved its highest ever FIFA ranking has also previously served as Mathare United and Tusker FC head coach besides deputising Frenchman Sebastian Migne at the 2019 Africa Cup of Nations finals in Egypt.

Kenya Insights allows guest blogging, if you want to be published on Kenya’s most authoritative and accurate blog, have an expose, news TIPS, story angles, human interest stories, drop us an email on tips.kenyainsights@gmail.com or via Telegram
Related Content:  KRA Made A Massive Error In Sh95 Billion Tax Claim On SportPesa
Related Topics:Ricardo BadoerWazito FC
Up Next