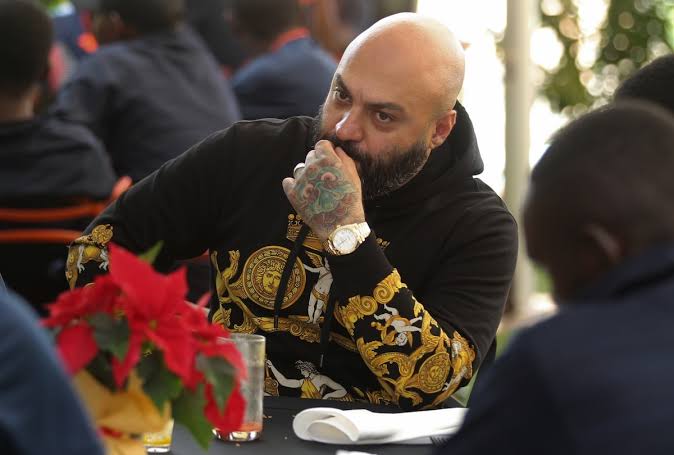 Wazito FC owner Ricardo Badoer has threatened to sue a Kenyan whistleblower site Kahawa Tungu over claims that he has defrauded Sh16B from investors in his Aidos Kuneen cryptocurrency platform.

According to the blog post, the tough-talking Swedish tycoon has allegedly withheld assets totaling up to Sh16 billion from the Japanese investors.

The victims additionally claim that after constantly bugging him with questions regarding their funds, Badoer blocked all communication channels that lead to his access and that of the company.

“Most of the investors are Japanese. He has withheld their assets and blocks anyone on Twitter or Aidos Market Telegram who asks about their money,” the source told a local tabloid.

”In this case, it is like a bank denying customer withdrawals for fear of client panic withdrawals similar to what happened to Chase bank or almost with Family Bank some time back.” reads the claims on the blog.

Chase Bank was run down due to bad internal loans and a bank run ensued when panicked depositors rushed to empty their savings.

As of the publishing of this post, Badoer’s crypto market announced an unprecedented suspension of activities.

In a statement published on Twitter, Aidos Kuneen apologized for taking the network down and claimed it was due to an ongoing migration plan.

“Due to potential security bug found in the old Address format, we need to take the network down for a few days to work on the migration plan to the new format,” they wrote. 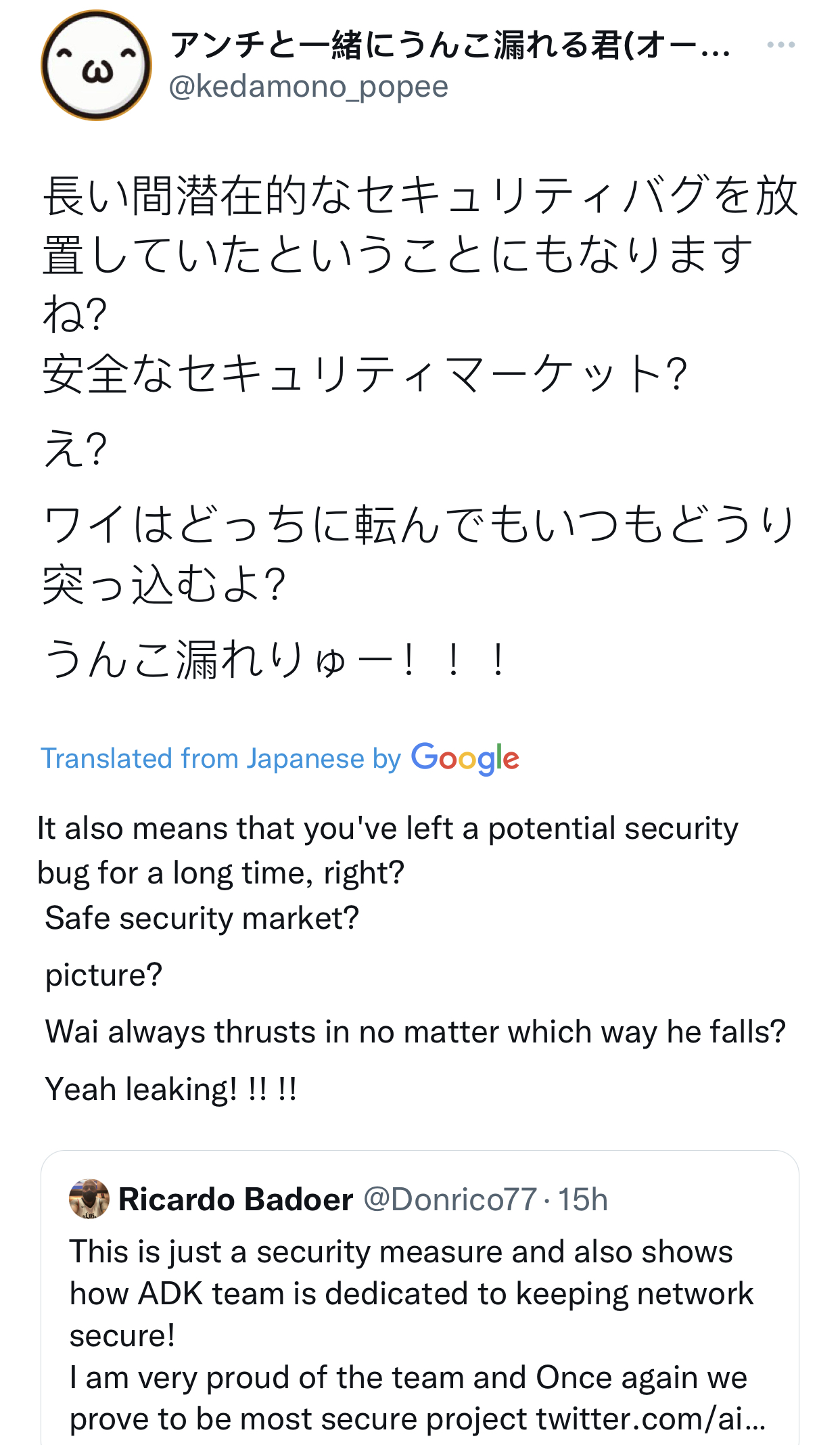 Ricardo who owns Badoer Investments is active is sports, financial and news field according to the website. We’re told he holds stakes in Business Today, a local news website.

Apart from Wazito FC, Badoer has made inroads within the region including Tanzania where he pumped in over TSh2.2 billion ($1 million) into Arusha-based Hakika Microfinance Bank (Hakika MFB).

He was also an investor in Shona EPZ even though it appears they fell out. From his uncensored tweet.

Isaac you piece of shit thieve. Remember me? The person that owns 30% of Shona EPZ ,
My lawyers coming for you even harder! In the meanwhile consider this my official F U until your ass is behind bars

Mr Badoer also invested $1 million (Ksh100 million) in Sumac Microfinance Bank to purchase a 15.6 per cent stake in the firm based in Nairobi, Kenya, in the recent past. He however got into loggerheads with the firm’s board and was eventually kicked out.

I want to make it clear that I am still biggest share holder ( 16%) @SumacBank even if I was unfairly voted out from the Board . I have always been passionate about my role as Board member and want the best for Sumac and I am commited to make improvements to Sumac. #Iwillbeback

Known for his erratic behavior, Ricardo has vowed to go after the blog that reportedly blew up a cover on him. “Is unbelievable how stupid you can be!! Making shit up!!! My lawyers will fix.” He said of the blog.

Kenya Insights allows guest blogging, if you want to be published on Kenya’s most authoritative and accurate blog, have an expose, news TIPS, story angles, human interest stories, drop us an email on tips.kenyainsights@gmail.com or via Telegram
Related Content:  Coronavirus: Faced With Too Many Patients Italian Doctors Forced To Make Extraordinary Decisions
Related Topics:Aidos KuneenRicardo BadoerWazito FC
Up Next