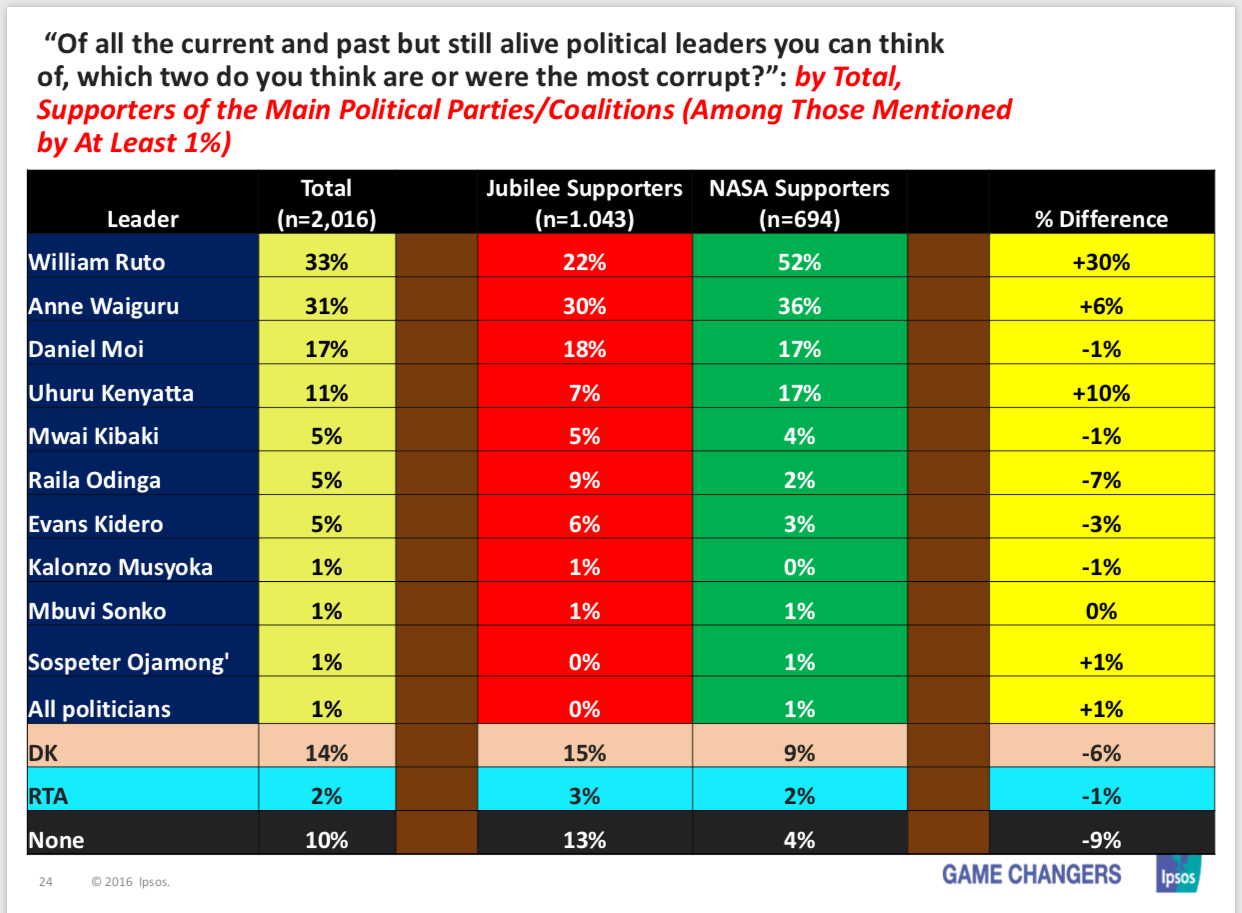 In the last few hours a lot has happened from  IPSOS releasing their polls to the Star pulling down a story they did on the pollster ranking the deputy president as the most corrupt politician alive in Kenya standing at 33%.

It remains unclear as to why the newspaper was forced to pull down the story in what is seen as an order from above. It is however this unusual move that has made the poll to go viral on Kenyans social media pages with many sharing the screenshots of the said poll.

Kirinyaga Governor Anne Waiguru who was also named in the poll alongside the DP on the poll, says she will sue research firm IPSOS Synovate for releasing a survey report indicating that Kenyans perceive her as the second most corrupt in Kenya. 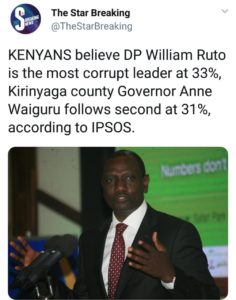 Waiguru has been walking around with the shadows of NYS I theft which despite exonerations by EACC, has refused to go away and keeps haunting her. Many still perceive her as a face of corruption.

Waiguru also took to court Nyali MP Mohammed Ali for linking her to the recent NYS II theft owing to her relationship with PS Omollo who was at the center of the heist. The Governor was supposedly living at a home belonging to the PS in Kirinyaga which was read as a close relationship. 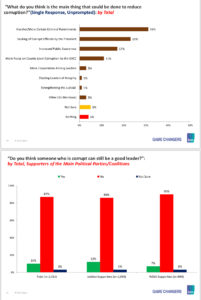 Kenya Insights allows guest blogging, if you want to be published on Kenya’s most authoritative and accurate blog, have an expose, news TIPS, story angles, human interest stories, drop us an email on [email protected] or via Telegram
Related Content:  Andrew Kamau Muhiu The Unmentioned Banda Homes Founder Has A Long String Of Fraud Deals
Related Topics:
Up Next

Pewin Cab CEO Justus Kirigua Muriithi Stole Sh24M From The IAAF Under-18 World Youth Championships in Nairobi Where Sh1.7B Can’t Be Accounted For By Auditor