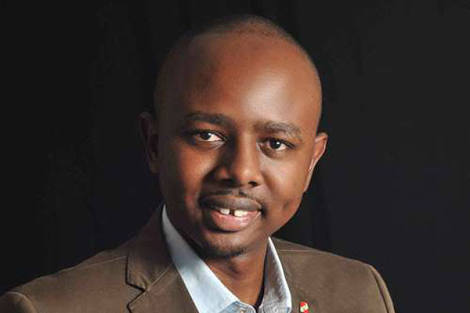 International Association of Athletics Federations (IAAF) recently handed Kenya the rights to host the 2020 IAAF World Athletics Under-20 Championships, the good news has been met with a rather usual but unfortunate one. Half of the money (Sh1.7 billion out of an allocation of Sh3.5 billion) the government pumped into the IAAF Under-18 World Youth Championships in Nairobi last year was stolen in yet another plunder of public funds.

The July 10 report of the Auditor-General, tabled in the National Assembly by Leader of Majority Leader Aden Duale, shows that the State Department for Sports and Development was allocated Sh1.7 billion, Sports Kenya Sh1.1 billion and Kenyatta University Sh689.6 million in preparation for the championship.

The rampant theft of public funds is nothing new and just like in the NYS case, companies in the ministry supplied air, bloated bills, single sourcing.

About Sh66 million was controversially set aside for the procurement of taxi services, and Pewin Cabs Ltd owned by Justus Muriithi was paid Sh23.8 million above the market rate, the report says. This company was also given a dry cleaning and laundry services contract valued at Sh30.8 million.

Which then brings to the question as to why young entrepreneurs can’t engage in genuine business. This rush for quick money is not only crippling the economy but also ruining lives. Look at it this way, the Sh24m above market rates that was paid to Pewin cabs, could’ve been alternatively used to cover the welfare of athletes and other suppliers who’ve missed on payments. The greed for power and money is the reason many Kenyans languish in poverty as few flourish in bloody wealth.

Protel Studio was paid Sh67.5 million for the procurement of media agency services and Sh70.5 million to Inter Management Group for marketing of the games. These contracts were subtle sourced and not even evaluation reports has been filed to proof their work.

If nothing is done to stop public theft then we will continue receiving news of stolen money and move on. If the DPP can tighten the noose enough to ban and jail dishonest businessmen like Justus Muriithi in this instance then Kenya will continue to count losses. The time for court appearances and bail approvals should cease.

Like in the NYS cases, this theft of Sh1.7 billion, must be taken seriously and we’re looking forward to see arrests and prosecutions and more importantly, recovering the stolen wealth.

The Star Pulls Down Story, Waiguru Suing IPSOS As Pollster Ranks DP And The Governor Most Corrupt Politicians In Kenya.