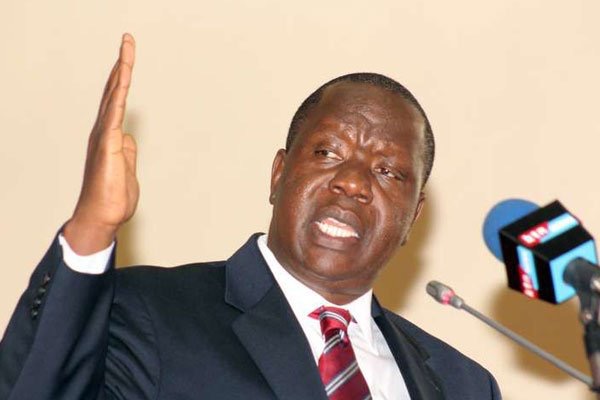 Matiang’i has moved ahead with his threats and kicked off one of the biggest shakeups in the growing betting industry. In the latest move that has affected the biggest firms accused of fraud.

In a letter to the telcos, Betting Control and Licensing Board Acting Director Liti Wambua, said the licenses of the 27 firms remain withdrawn, hence, their payment platforms should also be suspended.

“We wish to inform you that the licenses for the following betting firms were not renewed until they meet the outstanding renewal requirements as well as outcome of ongoing due diligence to determine if they are fit and proper to hold a license from this board.

“Consequently, we request you to suspend their pay bills and short codes until otherwise advised,” reads the letter  dated July 10, 2019.

The affected firms are said to have failed to prove that they were tax compliant as required by the Betting Control and Licensing Board (BCLB).

This was apparently discovered after a probe by a multi-agency team constituted  to probe the licenses of all betting and gaming companies in the country.

A report from the multi-agency team indicated that the  companies made a cumulative amount of Ksh.204 billion last year but paid only Ksh.4 billion in taxes.

Related Content:  Second Phase Of Huduma Namba Registration To Begin In May

All betting licenses in the country stood suspended and fresh application sought by July 1, 2019 following a stakeholders meeting between Interior Cabinet Secretary Fred Matiang’i and representatives of the firms in April.

CBK Directs That CRB Shouldn’t Blackist Anyone Until Six Months