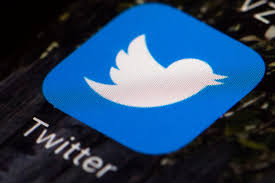 Twitter went down on Thursday across major parts of the world including the US and the UK as users reported being unable to access the platform on web and mobile devices.

The site began experiencing major issues at 2:46pm EST, with problems being reported from users attempting to access Twitter through its website, iPhone or iPad app and via Android devices, according to DownDetector.com, a site that monitors outages on social media.

Kenya Insights allows guest blogging, if you want to be published on Kenya’s most authoritative and accurate blog, have an expose, news TIPS, story angles, human interest stories, drop us an email on [email protected] or via Telegram
Related Content:  Government Suspends Their Directive To Have All Imported Goods Transported Via SGR
Related Topics:
Up Next

Sportpesa, Betin, Betway Amongst The 27 Betting Firms That Government Has Frozen Their Pay Bill Numbers