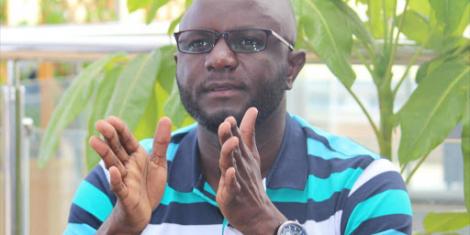 A chief in Siaya was last evening rushed to hospital in critical condition after armed youths in company of a local Member of Parliament stormed his home and beat him up.

Narrating his ordeal, Onjala recalled how the legislator, Samuel Atandi went to his homestead next to Nyang’oma Kogelo dispensary in company of close to 15 youths as he (the chief) was having a discussion with an elder from the village.

Onjala said that after greetings and exchanging pleasantries, the MP demanded that he accompanies him to the nearby Nyang’oma trading centre to address the boda boda operators.

“He told me that he was at Una Primary school earlier during the day and had some issues with the boda boda guys and wanted me to accompany him to the trading centre so that he could square the issue with them,” said the chief at his hospital bed.

Onjala said that he was heading to his vehicle when the MP told him not to bother as they could drive in his (MP’s) vehicle.

The chief said he became suspicious and refused to board the legislator’s vehicle, insisting that he would drive his personal car to the venue which is less than a kilometre away.

This apparently angered the legislator, said the chief, adding that Atandi immediately started beating him while ordering his boys to grab him.

Onjala said that the goons forced him into the boot of a white Toyota Wish station wagon amid beatings.

Related Content:  Pastor Ng’ang’a City Church Is Getting Reclaimed By The State

As this was going on, one of the chief’s sons emerged and confronted the goons. The commotion also attracted Senator Obama secondary school students heading home from school who rushed to the scene and joined the fray.

In the process, the chief said, he managed to escape from the boot with one of the machetes he found in the boot and dashed to his house where he locked himself in.

The chief later went to report the incident to Nyang’oma police station where he again met the MP and his youths recording a statement.

He said he could identify some of his attackers and named one of the MP’s personal assistants as the one who hit his chest with clubs and a machete while the legislator was pinning him down in the boot.

Last evening, Nyang’oma Kogelo was a no go zone as the locals barricaded the road leading to Kogelo Police station and Mama Sarah Obama’s home nearby in a bid to stop the MP and his youths from leaving the station.

Gunshots rent the air as the villagers engaged the police in a cat and mouse chase along the dark village paths.

The MP later took advantage of the cover of darkness to sneak out of the station as the chief, who collapsed at the police station, was rushed in a police vehicle to Siaya Medical centre.

The incident was condemned by Alego/Usonga residents who demanded justice for the chief.

A former member of the Siaya county public service board, Dr. Kut Ochogo called on the legislator to step aside.

Related Content:  Why More People With Coronavirus Are Recovering In Uganda

Dr. Ochogo said unless the police brought the legislator to book, violence was likely to spread to other parts of the constituency as the country heads to the 2022 general elections.